In two previous articles, “Game, Set, Injury” https://lastwordonsports.com/2014/08/02/game-set-injury-best-of-five-set-matches-are-hurting-mens-tennis/ and “Viewpoint; Tennis, Calendar, Chaos,” http://www. tennisviewmag.com/tennis-view-magazine/article/viewpoint-tennis-calendar-chaos I make the case for a seriously shortened season as well as calendar changes – specifically, moving the Australian Open to mid-November making it the last, instead of the first grand slam tournament of the season.

On March 8th, the eve of the event, the BNP Paribas Open at Indian Wells was canceled and four days later, the Miami Open followed suit. Tommy Haas, the tournament director of the PNP Paribas Open suggested the event might be played later in the season but with an already overstuffed calendar, that prospect seemed more wishful thinking than pragmatic. Since those alarming announcements, both the ATP and WTA tours canceled all events thru the end of April/early May. 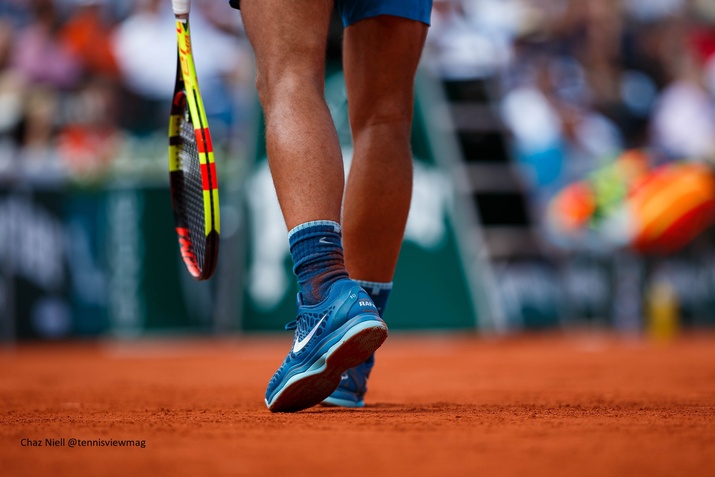 Earlier today in an extraordinarily audacious, and by some accounts unacceptable unilateral move, the powers that be in the French Tennis Federation postponed the start of the French Open from the end of May to the end of September due to the coronavirus pandemic.

There are numerous legitimate reasons this unilateral decision has caused an uproar amongst players and tournament directors the most salient being that the US Open – normally the last grand slam tournament of the season- now would be followed by the French Open in a mere seven days.

In addition to that jarring and consequential decision on the part of the French Tennis Federation, the entire spring clay court season leading up to Roland Garros is in jeopardy given that the Barcelona Open and the Rolex Monte-Carlo Masters have already been canceled.

Given the French Open’s new position on the calendar September 20-October 4, just one week following the conclusion of the US Open on hardcourts, how will players prepare to compete on the terre battue in considerably atypical weather conditions? What about the tournaments already on the fall schedule, not to mention the highly successful Laver Cup, due to commence on September 25th in Boston?

While the devastating bush fires which ravaged Australia just two months ago and the often-scorching conditions under which the Australian Open is contested informed my piece on moving the event from January to mid-November, the coronavirus adds highly combustible fuel to that fire.

Tennis is an international sport played over the course of eleven months. Changing time zones, climates and surfaces puts undo physical as well as psychological stress on players rendering a serious and challenging discussion about the duration of the tour and the number of tournaments critical and mandatory.

I wrote Game, Set, Injury in 2014 and instead of shortening the ATP Tour, more events have been added. Players, fans, tournament employees and volunteers cannot wait another 5 ½ years; tournaments in Asia – of which there are many in succession at the tail end of the season, need to be reconfigured given that the most dangerous viruses of the last twenty years have emanated from that region.

It is more than disconcerting that the French Tennis Federation chose not to discuss this particularly disruptive calendar change with player and tournament representatives. I said it before and it’s worth repeating– the players on both tours need a unifying voice – a commissioner-to oversee the hodgepodge that is the ATP, WTA and the International Tennis Federation.

This provocative and unsettling decision by the French Tennis Federation also provides an opportunity – one for a long overdue change that must not be squandered.