Once upon a time, in the not so distant past, the Australian Open was the last – not the first grand slam tournament of the season. Perhaps it is time, we revisit this calendar change given the current and unbearable bushfires plaquing the Australian continent not to mention the all to brief off-season for the men.

The Australian Open was played on grass from 1905 thru 1987, the last 16 of which were contested at the Kooyong Lawn Tennis Club. The following year the surface and location were changed; the most attended of the four grand slams is now played on hardcourts at the Melbourne Park Complex. 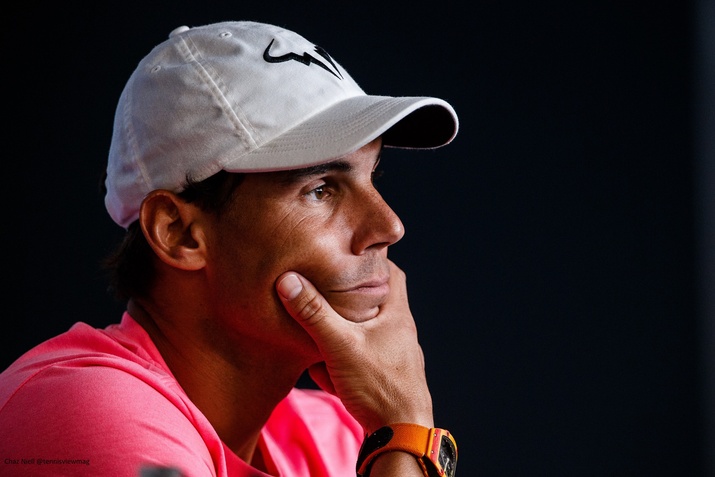 Since 1987 its place on the calendar has not changed yet it’s abundantly clear there is significant precedent for doing just that. While I propose moving the event to November, affording the players most of December, all of January and part of February off, Roger Federer and Rafa Nadal have suggested moving it to February, citing a seriously protracted off-season.

I am a steadfast advocate of a seriously curtailed season – especially for the men – given they play best of five at the four grand slams.

There is significant wiggle room in February with no less than 12 events on the ATP Tour contested in Europe, South America, Asia and the Middle East. March, in sharp contrast, has just two tournaments – Indian Wells and Miami - both Masters 1000 events. Why not move a large portion of the February tournaments to March?

With only 4 weeks -it used to be 3 – separating the French Open and Wimbledon, why not play the Australian Open in mid-November with weather resembling that of New York during the US Open?

Only the top 8 singles and doubles teams compete at the season ending Nitto ATP Finals which I recommend be moved to the first week in December. With this drastically revised calendar, the top players would have the last three weeks of December, the entire month of January and perhaps a few weeks off in February before they began a new season.

I am not, however, a proponent of the newly revised Davis Cup, especially its position on the calendar in November immediately following the Nitto ATP Finals. Those two weeks now would be reserved for the final grand slam of the year – the Australian Open.

The Davis Cup Finals would be moved to April after the Miami Open and prior to the first Masters 1000 event on clay in Monte Carlo.

The Adelaide International and the ASB Classic in Auckland, New Zealand – both 250 events – would be played the same week as the final Masters 1000 event in Paris.

The WTA Tour currently concludes the last week in October with the season ending championships held the first week in November. I suggest moving the WTA Finals to the first week in December following the Australian Open. Since the women play best of three at all events including the slams, I foresee no problem extending their calendar in order to render it more judicious for the men.

In rendering the Australian Open the last slam of the season, the deleterious effects of extreme heat, rain and pollution would be significantly mitigated. Change is seldom easy, often not embraced and frequently impeded but if our intention is to prolong careers and reduce injuries, this discussion must be tabled sooner rather than later.