A Heavy Issue - Will a few extra pounds impact your game?

By Staff in Health 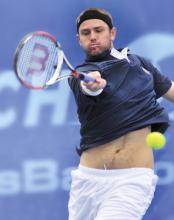 Over two years ago, Mardy Fish appeared maxed out. At 6-foot-2, 200 pounds, he suffered from chronic knee problems, joint pain and a stalled ranking. Was there a correlation between his weight, health problems and mediocre performances? Many doctors say yes.

“Being overweight causes more wear and tear on weight-bearing joints such as ankles, knees, hips and lumbar spine (lower back),” says Dr. Thomas Lavin, Board Certified Bariatric Surgeon in Covington, LA. He adds that carrying extra weight increases pain and the need for nonsteroidal anti-inflammatory drugs and potential surgery, such as joint replacements.
In an attempt to shed some pounds, Fish dramatically changed his diet. He eliminated high-fat foods, like hamburgers and French fries, and instead turned to low fat, high nutrient, dense foods such as chicken breast, rice and asparagus.
“When I was on the diet, I watched what I ate. I watched the times that I ate things. I thought that was very important,” Fish said.
Within two months of strict dieting, Fish lost 30 pounds, a 15 percent drop in total body weight. Dr. Lavin says that tennis is a high-level sport where excess fat affects the ability to function and that even an extra 10 to 15 pounds of weight decreases the athlete’s ability to function at a high level.

“An overweight tennis player will have considerably less cardiopulmonary capabilities (shortness of breath with minimal exertion) and the inability to play at great length in the heat.” 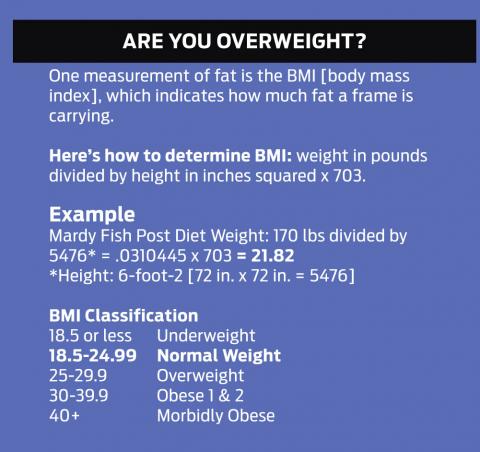 Dr. Lavin notes that being overweight not only hinders the performance of the professional athlete, but recreational ones, as well and that lugging around even a few extra pounds is harder on the body. Joint pain aside, he says extra weight can translate on the tennis court as shortness of breath, reduced stamina, slower reflexes and lethargy, making tennis more complicated than necessary. Fish says tennis became less burdensome and demanding after losing weight.
“I’m able to train two hours instead of an hour and a half where I used to before, or an hour, and train consistently harder over a longer period of time,” says Fish. “I feel a ton quicker. Thirty pounds will do that.” 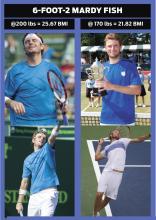 As with most behavioral changes, diet requires discipline, especially in the beginning stages. But eating healthy can get easier over time. After more than two years of successful weight loss maintenance, Fish doesn’t expect a relapse.
“Eating healthy is contagious now and so is feeling good on the court physically. It’s so much more fun to feel better.” The medical industry has long promoted the benefits of being a healthy, appropriate weight. Overweight individuals increase the likelihood of developing certain health problems, such as diabetes, coronary heart disease and stroke, cancer and osteoarthritis to name a few. Losing as few as 10 to 20 pounds may improve one’s general well being and longevity. If that’s not reason enough to motivate a recreational tennis player to lose weight, maybe knowing you’ll have extra pep when competing on the tennis court will.
Tweet
Tweets by @tennisviewmag