The Year That Never Was: Rewriting 2013 in the WTA

During the off-season, all that we have done is list things that happened in 2013. Now, we list headlines that never happened this season! Granted, they could have happened, and they could occur next year. But they did not in 2013. 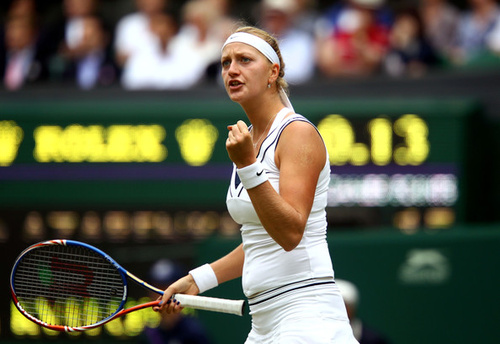 With Serena Williams and Maria Sharapova both losing before the quarterfinals and Victoria Azarenka withdrawing with an injury, Petra Kvitova's path to her second Wimbledon title became a highway. The Czech, often plagued by bouts of inconsistency, was the highest-seeded player to reach the quarterfinals at the 2013 edition of the Wimbledon Championships. After holding her nerve to dispatch an inspired Kirsten Flipkens in the quarterfinals, she easily dispatched Marion Bartoli in the semifinals to move into her second career major final. Standing on the opposite side of the net on the final Saturday was another big-hitting but inconsistent blonde in Sabine Lisicki. With more experience in major finals, Kvitova overwhelmed the giant-killer Lisicki in two easy sets to come away with her second major title. Ironically, it was Kvitova, who had so often fallen apart since winning her first Wimbledon title, who was the one to pick up the pieces when everything fell apart around her.

After a compelling start to their rivalry almost a decade ago, it has been a tough road for Maria Sharapova, who had not beaten Serena Williams since her three-set victory at the 2004 year-end championships. But it all changed in the Miami final. Riding an 11-match winning streak ahead of their encounter, Sharapova played some of her best tennis to beat the reigning No. 1 in straight sets. Things looked dicey in the middle of the second set, but the Russian held her nerve and fought through several long service games to capture the rare Indian Wells/Miami double. The confidence-building win made a bold statement to the rest of the field and set the tone for the rest of her sensational season.

Sara Errani Tumbles Down the Rankings

After seemingly coming out of nowhere to carve out a place in the top of the game for herself, many viewed Sara Errani as an anomaly in the top 10. Few expected her to back up her 2012 Cinderella results with a similarly consistent season in 2013, and she proved the doubters right. Constrained by top-10 rules, Errani was unable to play many of the smaller WTA events that she had become accustomed to playing in 2013 and was forced to bring her tennis to the biggest events. Unable to defend the majority of her points from her Roland Garros runner-up and US Open semifinal showings, she was plagued by numerous disadvantages, including her height-hindered serve, lack of power and volatile temperament. As a result, much of the WTA solved Errani in 2013 and pushed her back down the rankings just as quickly as she had risen up them. 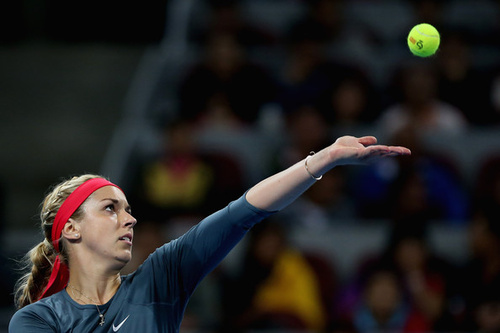 Sabine Lisicki Excels Away from the Lawns of Wimbledon

Never call her a one-hit wonder. The Wimbledon finalist proved that she was a woman for all surfaces with a great second half of the season. The German, who took out Serena Williams and Agnieszka Radwanska en route to her first major final, bristled at the notion that she only played well on grass. With her big serve and willingness to move forward, she has had her best results at the All-England Club in years past. Yet, for as many tactical reasons as there are to deem Lisicki a “grass court specialist,” a lot of it has to do with timing. The German has struggled with maintaining a clean bill of health, and the consistency that comes with it. For the first time, however, Lisicki translated that success into stellar hard-court results, a momentum she hopes continues into 2014.

Just when we thought that the “Belgian Sisters” were gone for good after Kim Clijsters retired in 2012, the four-time Roland Garros champion shocked the world again by announcing her return to the women’s game yet again after a two-year hiatus. Gone from the Tour since the 2011 Australian Open, the Belgian hit the practice courts mere hours after giving birth to a baby girl in March. Said to have been inspired by Marion Bartoli’s dramatic Wimbledon win, Henin mounted a third comeback in the hopes of winning the only major title to elude her and take her revenge on the player who crushed her dreams of winning the Venus Rosewater Dish in 2007. Alas, it was not to be for the Belgian, who re-re-retired this fall minutes after a surprising loss to Ekaterina Makarova.