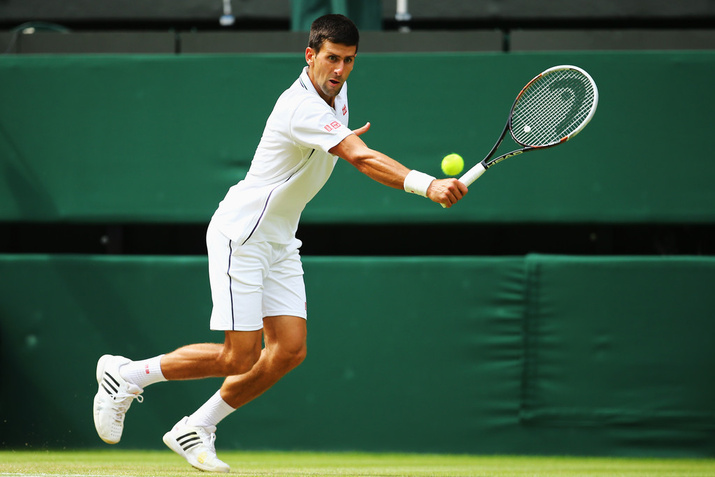 The last time Jo-Wilfried Tsonga won a set off Novak Djokovic was in the same match where Tsonga also failed to convert on four match points. Since this meeting at the French Open in 2012, Tsonga has lost six consecutive matches to the Serb and has been unable to win a single set in the interim. Making things even more ominous for the Frenchman, he last beat Djokovic at the Australian Open in 2010.

For Tsonga, the matches have been quick but not painless. Djokovic’s relenting steadiness and ability to absorb the blows thrown at him have made him a nearly impossible out for Tsonga, who relies on beating opponents with pure firepower.

Tsonga and Djokovic have played twice on grass, once at Wimbledon and once at the Olympics, with Djokovic winning both meetings. Despite this, grass is the ideal surface for Tsonga in this matchup. The lower bounce of the surface will leads to less balls driving up into Djokovic’s strike zone and the power he produces off his serve and groundstrokes are accentuated by the speediness of the grass. Tsonga will also have an easier time making forays into the net thereby reducing the amount of baseline-to-baseline rallies he engages Djokovic in.

Look for Tsonga to make this match a bit closer than some of their previous matches but for Djokovic’s consistency and defense to win out in the end. 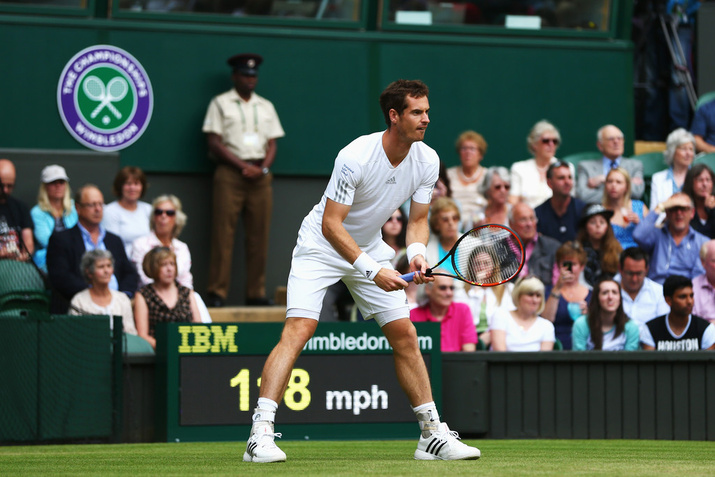 Andy Murray hasn’t had any letdowns through the first three rounds of his Wimbledon title defense. The 2013 champion has yet to drop a set and looked especially sharp in his Round of 32 match against the dangerous Spaniard, Roberto Bautista Agut. Bautista Agut had absolutely zero answers for Murray’s speed and defense.

Kevin Anderson will be playing during the second week of Wimbledon for the first time in his career. In the process, he’ll also attempt to reach his first major quarterfinal in five tries. The South African’s route to Manic Monday has been far more arduous than Murray’s. Anderson got past Edouard Roger-Vasselin in four sets and needed five sets to take care of the mercurial Fabio Fognini in the third round.

Anderson and Murray last met at the Rogers Cup in Montreal back in 2011. Anderson demolished Murray on this occasion, winning 6-3 6-1.

Anderson will be hoping for a flawless serving performance on his end and the complete opposite output from Murray’s end serving wise. Using his booming serve, Anderson needs to extract as many short balls from Murray as possible and get into offensive positions early and often. When returning, Anderson needs to take as many chances as he can on Murray’s second serve. Murray’s second serve is almost always the weakest shot his opponents see during the course of a point and if Anderson treats it as anything but, he’ll be doing himself a huge disservice.

Anderson may be able to pull out a set in this one, but Murray should be able to get the job done in three fairly routine sets

Throughout his career, Leonardo Mayer’s most productive surface has been clay. The Argentinian possesses long-drawn-out, loopy groundstrokes which are much easier to execute on a slower surface. For Mayer to have reached the second week of Wimbledon with a chance to make the quarterfinals is a remarkable accomplishment to say the least. Making things even more impressive, Mayer almost saw the exits in the first round of the tournament but was able to sneak past Andreas Seppi 6-4 in the fifth.

Dimitrov can take the ball on super early which will allow him to take time from Mayer and force him get around to contact at a much faster rate than he is used to. Mayer’s high backswings will also be put to task by the Dimitrov slice backhand. Mayer is going to have to make some technical adjustments in order to allow himself to handle the low, knifing balls that Dimitrov will undoubtedly provide him.

It would be a major upset to see Dimitrov lose to Mayer in their first ever meeting, especially considering how the Bulgarian closed out his match with Alexandr Dolgopolov in the third round. There may be a handful of shocks coming in the second week, but in all likelihood, none of them are coming from this match.