The Value of the Slice Backhand at Wimbledon

The “slice” is a term that probably should be used less often than it is because it simply does not reflect what typically happens with the racket when a player hits an underspin backhand. When people conceptualize the slice, they think of swinging straight down to the oncoming ball as if they were slicing an apple. In reality, the underspin backhand requires a player to set their racket above the ball, bring the racket only a little down to contact and then lift to the finish. It’s almost like drawing a smiley face with your racket. 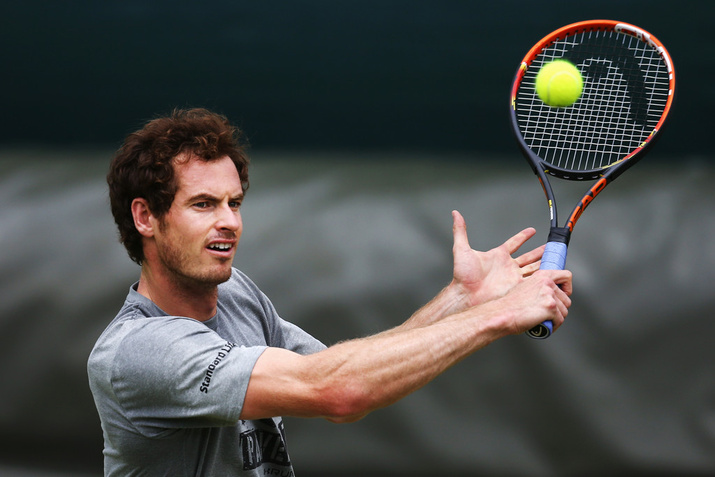 The path and intent of the swing creates a ball that lies lower through the court. With the topspin, the ball moves forward from north to south, spinning over itself in the direction it is heading. Underspin produces the reverse effect. The ball is moving forward from south to the north, meaning the spin and the path of the ball are occurring in opposite directions. When players hit a drop shot, they are often said to have put backspin on the ball, which is the same as underspin and explains why the ball checks upon contact with the court.

When watching Wimbledon this week, here are several ways you will see underspin being used:

Alter the speed of the rally

One of the difficult things about hitting underspin is that it forces players to alter the pace of the oncoming shot. For example, if a player hits a shot that is hard, flat, or has a lot of spin to you and you want to hit underspin, you are being forced to either change the spin or take pace off the ball.

In the same breath, if you are able to achieve this, you can disrupt the flow and the rhythm of a rally and give your opponent a different ball to look at. Roger Federer and Andy Murray love using this play, and you will assuredly see them throwing in some surprise underspin backhands throughout the course of their rallies.

The underspin backhand can be used as a shot to approach on. It keeps the ball lower through the court and allows you more time to get in. By keeping the ball lower through the court, it forces your opponent to swing further up to lift the ball over the net, giving you a higher ball to put away with a volley. Getting more time to move in gives you a better angle to hit at, since you will be closer to the net and will also ensure you are taking the ball higher and earlier. 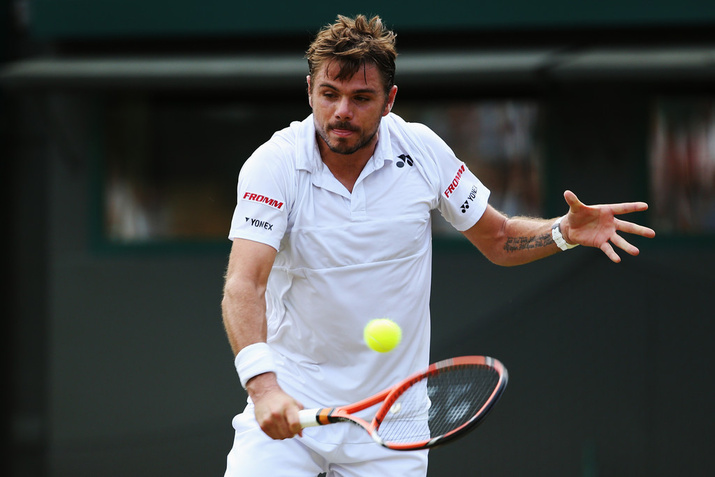 Roger Federer and Stan Wawrinka will use the underspin backhand return throughout the tournament. Opponents love giving these two higher backhands to hit off the return and often they respond with the underspin backhand, which can be used to draw opponents into the forecourt, an area where many are not comfortable.

Players who use extreme grips on their forehand sides are susceptible on grass. This is because the angle of their racket face is more closed in the bottom of the swing, and it takes a heightened upward swing to get their strings vertical (straight up and down) at the contact point. If you give a player like this a slice backhand, it keeps the ball very low on an already low-bouncing surface and provides very little room between the player’s racket and the ball, room that they need to elevate their racket to get their strings facing forward.

One of the biggest patterns I’ve seen thus far at Wimbledon is the use of the short down-the-line slice backhand in backhand-to-backhand exchanges. Once players are engaged in cross court backhand-to-backhand rallies, it’s easy to mix up the play by going short up the line with a slice backhand. This forces a player hunkered behind the baseline on the opposite side of the court waiting for a backhand to quickly scurry up and diagonally for what will be a low forehand.