The Value Of The Forehand Topspin Swing Volley

Tom Downs has coached on the WTA Tour and has worked with Rennae Stubbs, Elena Dementieva, Vera Dushevina, Sam Stosur and Laura Granville. He has also worked with many highly-ranked ITF and USTA junior players. He was the Head Pro and Director of Coaching at the Harold Solomon Tennis Institute in Fort Lauderdale, Florida.

Being able to build points and then finish at the net with efficient swing volleys is a must for a player wishing to make a living on the WTA Tour. It is true that bigger forehands equal shorter points, as the racquet speed on a forehand is greater than that of a backhand. The same can be said for forehand swing volleys. Players will run around their backhands and hit forehand swing volleys when they have the option to do so. They can generate great racquet head speed by using their whole body correctly, and for many players, it is a more natural and aggressive option than an overhead or a high forehand volley. Let’s take a detailed look at this shot, as it should be a vital part of every club players repertoire. 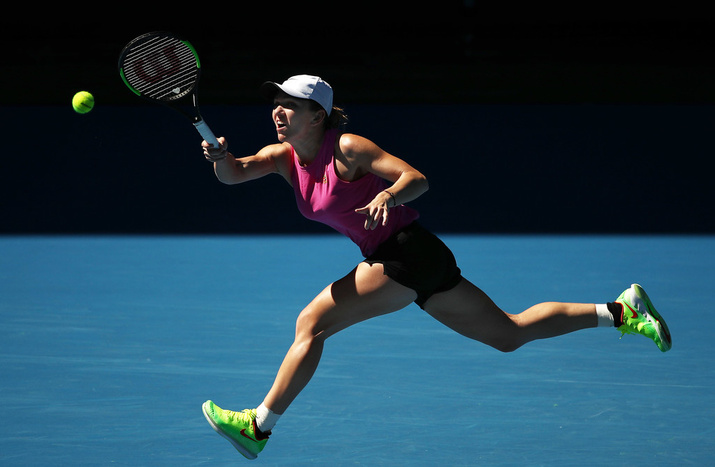 The important thing with the swing is to make sure that the hitting hand accelerates up and through the ball from an inside to out swing pattern from the slot, just the same as it does on a topspin forehand groundstroke. I see too many players trying to hit hard and flat forehand swing volleys with very little margin for error. If we take a look at any of the recent grand slam winners on the WTA Tour, we will see that at contact their racquet faces are slightly closed, as a result of them accelerating their hitting hands up the back of the ball. They may cover the ball slightly, but this indicates that there is enough hard topspin on their forehand swing volleys. We see that their forearms and wrists are pronating into the ball and their hands are incredibly loose and relaxed through the contact zone.

The common mistake that I see with players at many levels, is that they move up to the high floating ball and they turn their body and step back with their outside leg so that their body weight is going backward and this causes them to load the weight on the outside part of their outside leg. This means that the body momentum that is required to make this shot penetrating has been lost. Players need to move up to the ball and turn and load the weight on the inside part of their outside leg so that their body weight is centered, and they go forwards up and into the ball. Sometimes this mistake is caused by inefficient ball judgment or inefficient footwork but mostly it is just a bad habit, as I see players do this when they are in good position.

I believe that players should be able to execute this shot with neutral stances, semi-open stances, part open stances, and full open stances. We see Wozniacki, Muguruza and Halep as players who hit this shot very well off of all the stances. Knowing what stance to use for which type of ball is situational. When we have time, we can use either neutral or semi-open so that we get more body weight going into the shot toward our intended hitting target. We use open if we have to move a little further to our right to hit the shot, assuming the player is right-handed. If we intend to hit down the line and have time, I prefer the neutral stance, and if we have time to set our feet and we want to hit crosscourt, I prefer the semi-open or part open so that the hips and shoulders don’t get locked during the forward part of the swing. 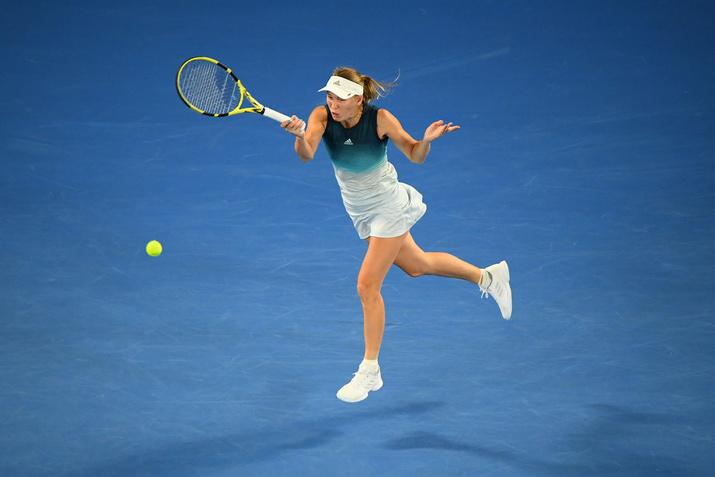 When to use this shot?

The forehand topspin swing volley can be both a put away shot and a setup shot. After punishing the opposition with penetrating groundstrokes and eliciting a weak reply in the form of a high ball, we can move forward and hit the swing volley and look to finish the point. I do not have any general rules or guidelines as to where the majority of topspin swing volleys should be hit. However, I do believe that players should work on hitting this shot to deep to both corners and be able to execute angles. Players should work on hitting this shot from both the midcourt and short court areas. I also strongly suggest working on executing inside out and inside in topspin swing volleys.

A lot of players on the WTA Tour and a few on the ATP Tour actually prefer to hit the forehand topspin swing volley instead of an overhead. We see Wozniacki doing this a lot and on the men’s side, Andre Agassi came to mind. For these players, this shot is more natural and more comfortable.