Although there are three days left until the new year, the 2023 tennis season has commenced in Australia. Tennis has an off-season only in theory as exhibition matches and a mixed-team event, the inaugural World Tennis League, have been played since the ATP Tour officially concluded late November at the Nitto ATP Finals.

The United Cup is a mixed team event comprised of 18 nations competing in six groups in Sydney, Perth and Brisbane from December 29th thru January 8th. Each round robin tie consists of two ATP, two WTA singles matches and one mixed-doubles match. It replaces the ATP Cup on the calendar, offering preparation for the Australian Open, prize money and ranking points.

In Sydney in Ken Rosewall Arena, the United States took on the Czech Republic. Taylor Fritz had an outstanding season, winning three titles including the Masters 1000 event at Indian Wells. In addition to reaching the semifinals in his first appearance at the Nitto ATP Finals, the twenty-five year old broke into the top ten and is currently ranked a career high #9. 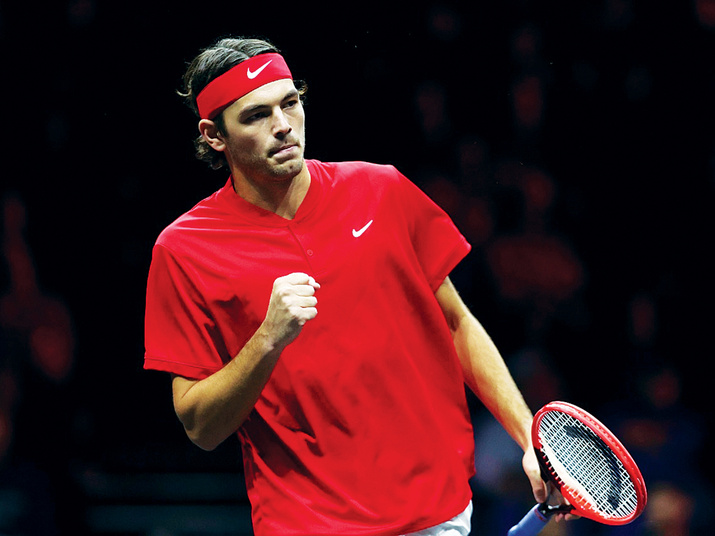 Jiri Lehecka just twenty-one years of age, also achieved milestones, breaking into the top 100 and qualifying for the NextGen ATP Finals in Milan where he was a finalist (l. Nakashima). In August he reached a career high rank of #59 and is currently #81. This was their first tour level meeting.

Fritz seeded third, served first and with an ace up the tee, held at love. Lehecka’s opening service game was anything but stellar as he missed 3/4 first serves and donated four unforced errors to dump serve.

Fritz seized the momentum and consolidated the break for 3-0 with massive forehands on the last two points. Lehecka finally found his feet, holding easily to 15 for 1-3 with a monster serve up the tee.

The #1 American made 4/6 first serves and with two additional forehand winners, held to 30 for 4-1. Lehecka continued to make inroads as he held at love with a blistering backhand down the line and an ace on game point.

Fritz lost his focus missing 4/8 first serves and committing three unforced errors but managed to hold for 5-2. Lehecka serving to stay in the set, was resolute as he once again held at love with an ace on game point.

Fritz embraced the pressure reaching set point with a formidable forehand and closed it out when his opponent overcooked a backhand.

Lehecka served first in the second and held to 30 with an incredible inside-in forehand. Fritz battled himself more than his opponent donating two double faults and faced three deuce and a break point before holding to level.

Lehecka undaunted by the missed opportunity, opened the third with a colossal forehand down the line and overhead smash and closed with a huge serve out wide for 2-1. Fritz opened with a forehand error but with two bone-crushing forehands, held to 15 for 2-2.

The crowd erupted in applause as the young Czech struck two consecutive aces and a forehand volley winner on game point to lead 3-2. Fritz continued to feel pressure on serve as Leheckha adjusted his return position. The American gifted two consecutive backhand errors and faced two deuce and break point before holding for 3-3 with his third ace and a sweet backhand drop volley winner.

Fritz determined to win in straights, opened and closed with aces to give the US their first victory in the United Cup. Although he donated three double faults, he won 78% of first and 52% of second serve points and converted 2/3 break points while saving the two he faced.