An exclusive excerpt from the new book Tennisology

By Thomas Rowland in Your Game

Racket sports are among the very few individual sports in which one confronts the adversary - face-to-face - in a duel of who can outsmart and outhit whom. Other sports, such as boxing and wrestling, permit bashing the opponent unconscious or pinning him forcefully to a mat. Under normal circumstances, such actions are not permitted on the tennis court. Instead, the tennis competitor must demonstrate patience, self-control and a mastery of both success and failure and must deal with uncertainty, create a successful playing style and learn from mistakes. Does this sound a bit like life itself? The game of tennis mimics what goes on in daily existence. This chapter explores how we can learn more about one from the other.
Certainty and Uncertainty 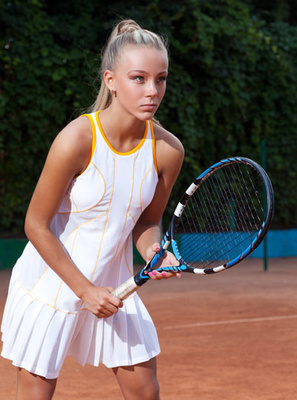 The player stepping onto the court faces a fascinating muddle of predictability. Some things are certain: The rules are straightforward and inflexible, the laws of physics dictate just how the ball will fly and the players must stay inside the lines. But then the ball crosses the net. At that moment, everything is unpredictable and the opportunity for complete disorder exists - when the player strikes the ball, it can go almost anywhere. The player's job is to use the energy and wisdom of a finely tuned neuromuscular system to bring order to this potential chaos, organize the flight of the ball and direct the ball back at the waiting opponent. At a fundamental level, tennis is a contest between two players to determine who can best create order out of randomness. A host of other factors play into the unpredictability of tennis: the weather, the skill of the opponent, what the player had for lunch and what kind of day the player has had. Uncertainty layered on certainty. That's the duality of tennis.
It may be this uncertainty that attracts us to the game. Researchers have looked into why ordinary people play tennis, and many have concluded that factors such as increasing playing skill, maintaining physical fitness and good health, and social benefits. Other more profound explanations - the joy of muscular motion, the satisfaction of trying hard and the excitement of taking on a physical and mental challenge - have been offered. However, I propose that a primary driving force that causes players to step onto the court is uncertainty itself. In a game with clearly defined rules and the constraints of the physical laws of motion, this unpredictability gives us our grandest pleasures as well as our greatest frustrations. It's why we play. Would you want to play a tennis match in which the outcome was already known and you could predict exactly how you would play? No. The excitement of not knowing these things draws us to the game.
Conditions of doubt increase the arousal of the central nervous system. We're energized by the increased action of the sympathetic nervous system and elevated levels of adrenaline circulating in the blood stream. A psychologist would interject here that this attraction to uncertainty is highly pleasurable - and very addictive. We crave more. It's the same reason why people are drawn to roller coasters, can't wait for the next horror movie or take on the triple-diamond slopes.
Tweet
Tweets by @tennisviewmag