‘Tis the season.  WTA columnists Victoria Chiesa and David Kane continue their series of 2013 review articles by counting down 10 reasons to give thanks in women’s tennis this year.

With their ATP counterparts struggling on the main stage, the youth of the WTA Tour came into their own in 2013 at just the right time. Twenty-two players aged 21 or younger ended the season in the WTA top 100, and Sloane Stephens, Eugenie Bouchard, Madison Keys, Laura Robson and Elina Svitolina all represented this group in the top 50.

Bouchard was named the WTA's Newcomer of the Year as the WTA's highest-ranked teenager, charmed the Wimbledon Centre Court crowd en route to upsetting Ana Ivanovic, and reached her first WTA final in Osaka in the fall. Stephens featured in the second week at all four majors, while Svitolina was the only one of the five to win her first career title. Donna Vekic reached another WTA final at the tender age of 17, and her fellow teenager Annika Beck also reached her first WTA final in Luxembourg. Just outside the under-21 set was the true breakout star of 2013 in Simona Halep. Halep, who turned 22 in September, won six titles in 2013, was named the WTA's Most Improved Player and ended the season just outside the top 10.

One of the most compelling story lines of 2014 will be if this group can take the next step in their WTA careers. Although the Tour has gotten older in recent years, the performance of the next generation of youngsters on the WTA in 2013 is definitely a reason to be thankful. 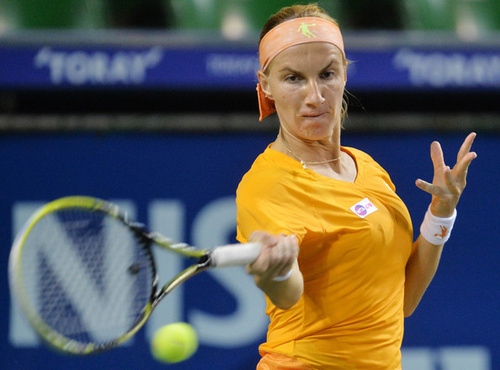 While the kids showed that their best years are in front of them, some of the WTA's grittiest veterans served notice that they too still can conjure up their best. Svetlana Kuznetsova and Flavia Pennetta, each of whom struggled with potentially career-ending injuries in 2012, both made spirited comebacks in 2013. Kuznetsova, who missed the second half of 2012 after having knee surgery, lost the opening match of her return in Auckland to Kiki Bertens. That was not a harbinger of things to come for the Russian, foras she reached the quarterfinals of her next event in Sydney, the first of six quarterfinal showings on the year. Kuznetsova reached that stage at the Australian Open and Roland Garros, and booked herself a spot on our Top 10 Matches of 2013 for her three-set saga against Serena Williams in Paris. Although the middle part of her year was slowed by an abdominal strain, she closed out the season strongly with a quarterfinal showing in Tokyo and a semifinal showing in Moscow.

Pennetta, who missed six months of action that spanned 2012-13, returned to the WTA Tour in mid-February with a ranking languishing near No. 200. She struggled with her return to competition until mid-May, when she qualified and reached the semifinals of the International-level event in Strasbourg. After reaching the fourth round of Wimbledon, Pennetta jumped 66 places in the rankings to return to No. 100. It was at the US Open, the site of her best career results at majors, where Pennetta again conjured some of her best tennis. A three-time quarterfinalist in New York, Pennetta finally broke through and capped one of the more improbable runs in recent memory with her first major semifinal at age 32. After the US Open, she jumped over 50 places in the rankings to end the year at No. 31.

Couple Kuznetsova's and Pennetta's returns with Jelena Jankovic's journey back to the top 10, and we cannot help but be thankful for the compelling comebacks of some of the WTA's most outgoing personalities in 2013.

Why? What you should be asking is, “Why you say ‘Vamos?’” This underrated Frenchwoman completed a minor resurgence in 2013. After a bright debut on the WTA Tour five years ago, Cornet struggled with consistency, tumbling from her peak of No. 11. This year, she stretched Victoria Azarenka to three sets twice at majors, looking particularly primed for an upset at her home tournament of Roland Garros. When she was not testing the game’s best, Cornet was getting into verbal tussles with Sara Errani, who accused her of gamesmanship by yelling “Vamos,” a word to whom neither the Italian nor the Frenchwoman has a native linguistic attachment. For her part, Cornet has taken the incident in stride, even tweeting about the controversial imperative whenever appropriate. Whatever the multilingual Cornet brings to 2014, we will certainly be thankful for the funnier moments that she brought to this season.

Despite dissent from nearly every player on the ATP, best-of-three matches remain a boon for WTA players and fans alike. At the majors, modern match rules are abandoned for the men, who are required to play best-of-five. While this extended format exhibits the ATP players’ exceptional conditioning, the longer hours spent on court in each round keeps the best in the game off of the doubles and mixed courts. A chance for lower-stakes match practice, the doubles court has attracted big names like Roger Federer, Rafael Nadal, and Novak Djokovic over the years at Masters 1000 events. But with looming potential for best-of-five matches to last two hours or more, the best singles players nearly always eschew Grand Slam doubles. By comparison, the WTA doubles draws feature top singles players throughout the year. Serena Williams reached the US Open semifinals with her sister, Venus, and Sara Errani captured the Australian Open title with fellow top-20 player Roberta Vinci. Even those without sparkling doubles resumes often enter the doubles event, for, if nothing else, an entertaining 90 minutes with one of their friends on an outer court. Thanks to best-of-three, an oft-overlooked (and highly fan-friendly) aspect of tennis is allowed to grow.  For that one cannot help but be thankful. 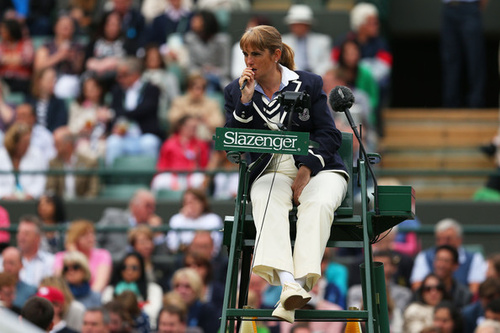 The most thankless job in tennis was put in the spotlight in 2013, when the ATP Tour looked to enforce a new time violation rule on its players. While the umpires themselves are not looking for that spotlight, a small, core group of officials work most of the high-profile matches throughout the year, and familiar faces in the chair can provide a sense of on-court stability for players and fans alike. That group will be smaller going into 2014, as two of the most recognizable women called their last 'time' in 2013. Lynn Welch and Kerrilyn Cramer, two of the WTA's most experienced and level-headed officials, put on their khakis for the final time this season. Welch retired in April, while Cramer followed suit after being honored by the WTA for her years of service following the championship match in Sofia. In a profession where the highest-ranking women number single digits, the American and Australian chaired 15 major finals between them. We give thanks for Kerrilyn and Lynn, and we remind you to give thanks for all your umpires in this tennis offseason.