The match that probably caught most people's attention in either the men's or women's draw was this first round beauty between Elina Svitolina and Venus Williams.  A couple of short years ago, this easily would have been an enticing contest in the second week of a major, but with the American's ranking now outside of the Top 50, they are forced to meet early with the winner most likely be determined by who can shake off the rust and tap into their best form the longest.  Neither woman enters Roland Garros on a high.  Injuries have plagued both throughout this season, and each has had a dismal go of it on the clay this spring.  The head-to-head is tied at one apiece, and interestingly enough, while it is the Ukrainian who is more at home on the clay, it was Williams who won their only meeting on clay, which came in Rome four years ago.  With little to choose between the two, it all comes down to execution. 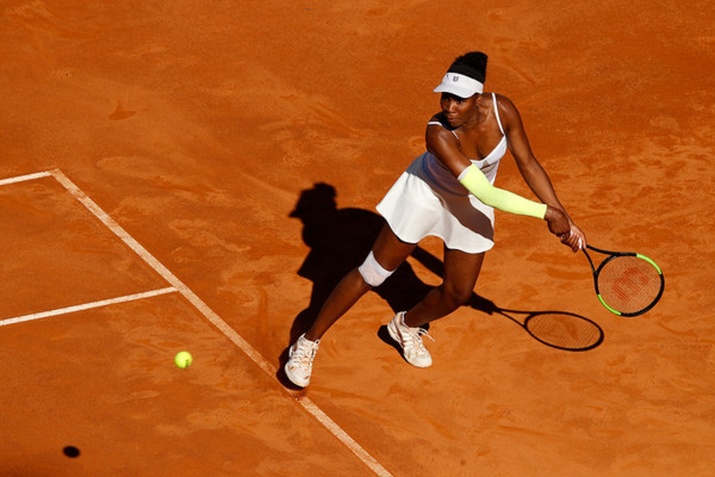 Williams should be in the driver's seat.  She boasts greater firepower off the ground and on serve, and she cuts the more intimidating figure at the net.  If she can play first-strike tennis, this is her match to win.  But Svitolina will have her chances.  Injury or not, she is still one of the best movers out there, and she has improved at adding more offense to her game.  If she can commit to staying up on the baseline, attacking second serves when she gets a look and has a good serving day of her own, then it could very well be enough to get her over the finish line.  All told, this one likely will not be pretty or live up to the hype it presents on paper, but it should not be any less intriguing.  The Ukrainian has put up better results than Williams this season and is seeded higher for a reason.  It should be close, but despite the less imposing game, look for Svitolina to advance.

Opportunity knocks in this first-round encounter that features a couple of players looking to turn their games back in the right direction.  It has been a frustrating 2019 for the talented Dimitrov, who after reaching a career-high Number 3 two years ago now finds himself in danger of falling outside of the Top 50.  He is undoubtedly looking forward to moving on to the green lawns of Wimbledon, but he will be keen to try and get some momentum going in Paris before doing so.  To the casual viewer, it would appear that he has a good look at getting off on the right foot.  His opponent is ranked outside of the Top 300 and has been splitting his time between the main tour level and the challengers this year.  Dimitrov also possesses the better all-around game.  He has far more versatility, particularly from the backhand wing, superior improvisational skills, and is more adept in the forecourt. 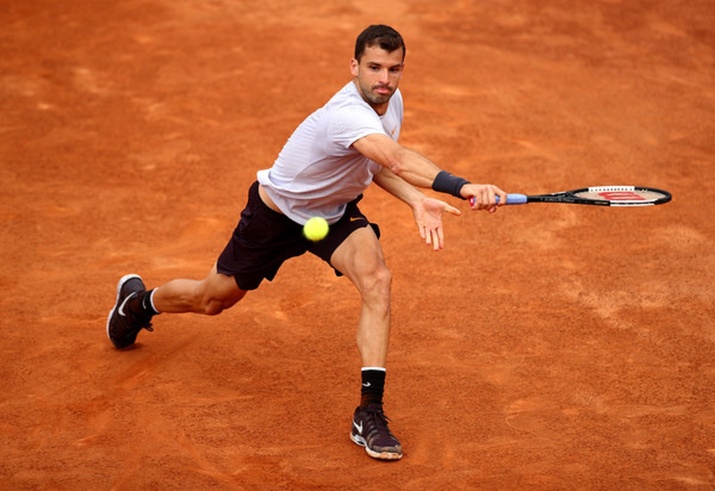 But savvy fans, and Dimitrov himself, know that this opening clash may hardly be a walk in the park, for the opponent in question is Janko Tipsarevic.  The Serb was once as high as Number 8 in the world and was no stranger to reaching the business end of the most prestigious tournaments before serious injuries took their toll.  He holds a winning 4-2 record over the Bulgarian, and although he lost in four sets to Dimitrov when they met in Melbourne this season, with a few more matches under his belt, he may just fancy his chances.  This is a tough one to call.  Dimitrov is the better player, and if he can sustain a level anywhere near his best, he advances.  But Dimitrov's struggles have to be weighing on him, and this is a bigger match for him than the Serb.  If Tipsarevic can keep it close and maybe secure the first set, then this one feels like it has the makings to be a minor upset.

American tennis fans are sure to be keeping tabs on this match, which features Sloane Stephens, the woman who very nearly hoisted the trophy here last year before Simona Halep was able to turn the tables on her.  She has a decent draw as far as working her way into the event, but fans will get a better sense of where her game is in this opener.  Misaki Doi theoretically should not pose a threat.  The Japanese lefty was once ranked as high as Number 30 but is now outside of the Top 100.  She has spent most of her season playing the qualification rounds, and Roland Garros has never been a happy hunting ground for her.  She has played some of the big names tight, however, and having never played Stephens, she is not going in with any mental baggage and may enjoy an initial advantage with Stephens not being overly familiar with her game.  All of that said, Stephens is far and away the better player.  She is quicker, has longer reach, and more powerful weapons.  Additionally, Stephens is someone who has historically gotten up for the big events and has played with some admirable consistency in 2019.  She may have the burden of defending all of those points from last year and be subject to the occasional head-scratching losses, but barring a poor effort form the American or an inspired performance from Doi, Stephens should sail through to the second round.