It has been said before, and it merits being said again.  You predict calling time on a legend's career at your own peril.  Still, with the announcement that he underwent arthroscopic knee surgery last week and will not be returning until the grass court season, Roger Federer has provided some food for thought as to the importance the back half of 2020 could potentially have for the further longevity of his career.

Currently ranked Number 3, Federer hardly appears to be going anywhere.  He reached the semifinals of Roland Garros last year as well as the Australian Open this year, and he held double championship point at Wimbledon last season before Novak Djokovic found a way to turn the tables on him.  Clearly the Swiss is still plenty capable of producing some scintillating tennis.  This also is not his first injury that has required surgery and time away from competition, and if ever there were a time for him to take a forced break, it would be now.  He is already used to skipping most, if not all of the clay swing, and his game is better suited to the grass and the quicker outdoor and indoor courts that are more prevalent in the second half of the season. 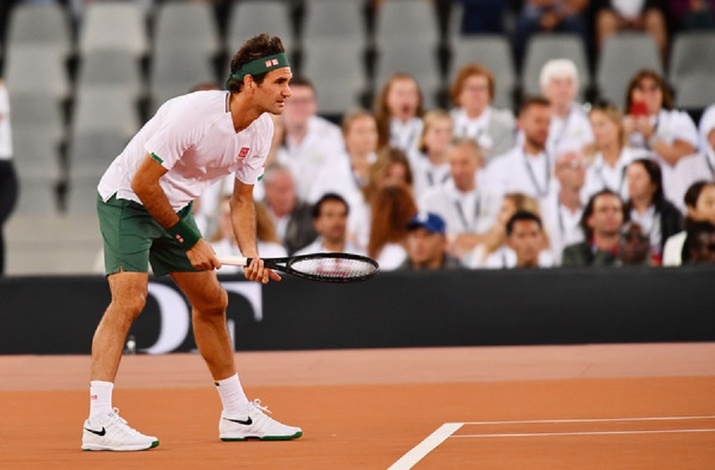 All of that aside, however, it is hard not to wonder if Federer is not trying to set himself up for one last hurrah.  It was not all that long ago that an announcement was made that he would solely be playing Roland Garros during the clay season, Then, days later, it was announced that he was out of Roland Garros following his decision to have the knee surgery.  The change in plans may have been due to the knee, which he admitted had been bothering him for some time, simply getting too difficult to cope with and requiring action.  But it may also have been that Federer wanted to do everything possible to put himself in the best position to have a huge second half that he undoubtedly hopes will include winning Olympic gold in singles, one of the few items missing from his astounding list of accomplishments.

If the gamble to have the surgery and hopefully be in pique physical condition this summer pays off, there is no telling how it will impact Federer's outlook at continuing on with his career.  It may only feed his hunger for more, or it may have him savoring the idea of going out on a high.  Conversely though, a lackluster finish could also have him taking stock of where he sees himself going in 2021.

For one thing, although doctors are optimistic, he will make a full recovery, there is no guarantee that he will be fully fit when the grass season arrives.  Furthermore, while he has the talent and experience to take less time than most to adapt, even he is not immune to the rust that develops from lack of match play.  There is also no telling exactly where his ranking will be.  He will see sizable portions of points drop off from his runs at tournaments like Indian Wells and Roland Garros, and those just behind him in the rankings may move upward in his absence.  As a result, he could find himself facing stiffer challenges earlier in events, making his comeback that much harder.

Suffice it to say, there is much up in the air surrounding Federer's return later this season.  It is far too premature to suggest he is about to hang up his racket, but his results, particularly following a surgery at this stage in his career, do take on a greater importance than they did in his prime.  For now, folks will just have to sit and wait, but rest assured, he will be thoroughly under the microscope when he does return to tennis later this summer.