Tennis, like every other major sport, is facing unprecedented challenges in trying to return to professional competition.  There are questions about when and which tournaments should be staged in what remains of the 2020 season.  Concerns have arisen about whether or not to include fans, and if so, to what capacity.  Players face the increased difficulty of knowing when and where to compete with the new schedule.  All of these are pressing questions with no clear-cut answers, but arguably one of the biggest conundrums facing the governing bodies of tennis is how to deal with the rankings.  There is no easy solution to this issue, and whatever decision is made, some are bound to be unhappy.

The simplest solution that was proposed by some in the earliest stages of the lockdown was to freeze the rankings, scrap the remainder of the 2020 season, and pick up again in 2021 with Indian Wells, the first tournament casualty of the pandemic.  This proposal comes the closest to allowing players to pick up exactly where they left off in 2020, easily allows them to compare current performances against those of 2019, and by the time Indian Wells rolls around again in 2022, everything would be back on track with the regular rankings system. 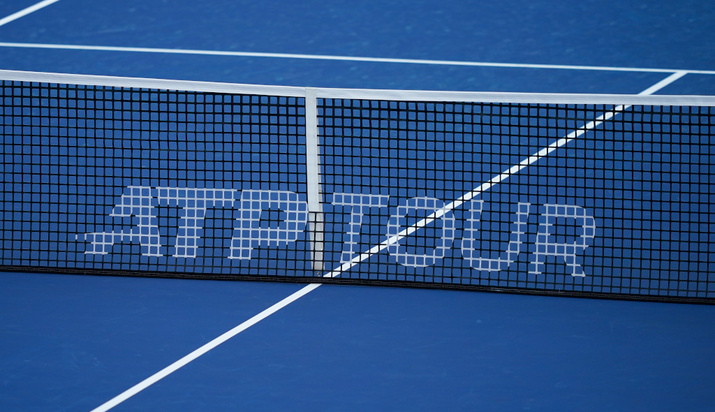 While this proposal undoubtedly makes the math easier and might more readily appeal to the players' sense of normalcy in terms of figuring their scheduling, there are some major drawbacks.  For those eager to get back on the court and the fans, the lack of tennis for the remainder of 2020 is a bleak prospect (though there have been some entertaining exhibitions to help fill the void).  The greatest drawback to this proposal though is the financial hit that tournaments and lower-ranked players would take by not staging competition if it is feasible to do so.

The financial side of tennis has surely proven to be a huge factor in not only the decision to try and salvage some of the 2020 season, but in determining which tournaments will be featured in the months that remain.  It could explain why when the tour restarts in mid-August with the 500-level event in Washington DC, it will be followed by the relocated Cincinnati Masters, US Open, Madrid and Rome Masters, and Roland Garros – six events normally spread out over the course of four months condensed into just scant weeks.

Not surprisingly, immediately packing the schedule with so many marquee tournaments has drawn criticism from some of the top names and their respective family and team members.  For those like Andy Murray, Novak Djokovic, and Rafael Nadal, who are regularly expected to go deep at any tournament they enter, it is not feasible to expect them to physically and safely be able to compete at their normal stellar level at all of these events.  They are going to have to pick and choose, and while it is bad enough that they could miss out on an opportunity to add one of these prestigious titles to their respective legacies, it adds insult to injury if they are forced to forfeit large quantities of points by not having a fair look at defending their results of a year ago due to the packed schedule.

On the other hand, in addition to tournament organizers wanting to be able to cut financial losses by staging their events in some way, shape, or form, many of the players are probably thrilled with the packed schedule.  They rely more heavily on prize-money earnings, so the more top tier events with their large prize purses that are added back to the schedule, the better.  This is especially true given that many of them never know when they are going to put together a deep run and would relish the idea of being able to quickly rebound after an early loss at another tent-pole tournament just around the corner.  Potentially diluted fields also offer them wider looks at grabbing one of these prestigious titles.  If the fields are diluted due to this one-off scheduling, however, should players receive the normal amount of ranking points and a potential boost in the rankings that come with it – especially if it comes at the expense of a player who is the victim of the packed scheduling?

One way to get around unjustly penalizing or overcompensating players in the rankings is to do away with the rankings for the remainder of the season.  This would incorporate the rankings freeze associated with the proposal of waiting until next spring to return to competition while still allowing players to compete for prize money and titles yet this year.  That said, lack of ranking points could also have some of the top names forgoing tournaments they might otherwise play, which is the last thing tournament organizers and broadcasters want.

In lieu of doing away with the rankings, perhaps a two-year ranking system could be put in place for the time being.  It is not a foreign idea, as it has been floated in the past, primarily as a way to further protect players who get injured.  It is not something that should be implemented permanently – it makes it that much harder for players to break through to the upper echelons – but it could be the best solution for the current atmosphere.  It would provide lower-ranked players with the chance to make some headway in the rankings while simultaneously avoiding harshly penalizing those who now find themselves with much to defend in a very compact space of time.

In the end, there are no easy solutions.  Regardless of what is decided upon, there are going to be some unhappy parties, but compromise is the order of the day.  After all, these changes should only be temporary until tennis can return to normal.  The only thing that is certain right now is that Andy Murray hit the nail on the head when he stated that the ATP – and all of the governing bodies in tennis for that matter – should “think long and hard” about the rankings conundrum.