Rafael Nadal: Player of the Year 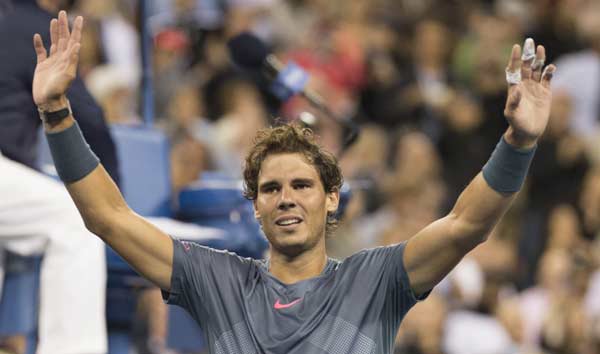 Tennis gave us some of the expected, some of the unexpected and much of the memorable in a 2013 filled with twists. Here are Tennis View's choices for some of the most compelling storylines of the year.

Defenses of the Year

Triple, Double Down Under 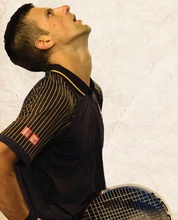 Roland Garros, Wimbledon and the US Open all have witnessed spans of spectacular dominance by certain champions. But few men have grasped the Australian Open in as tight a stranglehold as Novak Djokovic has in recent years. The world No. 1 recorded the first three-peat in tournament history by defending a crown that he had won in 2011 and 2012. This year, the “Djuggernaut” nearly crashed before it reached full speed. In the fourth round, Stanislas Wawrinka buried the defending champion in an early hole and unleashed sensational shot-making throughout their five-setter.

To survive that epic, among the best matches of 2013, Djokovic needed all of the survival skills that have defined his tenure at the top. He eked out a 22-game final set and never hovered near defeat for the rest of the fortnight. 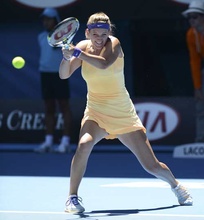 While four of Djokovic’s six major titles have come in Melbourne, Victoria Azarenka has won both of her major titles there. Her title defense encountered less adversity than Djokovic did, but plenty of controversy swirled around her. Long a polarizing figure, Azarenka added to that reputation late in her semifinal against Sloane Stephens. The defending champion took a medical timeout that squelched the underdog’s momentum, irking fans and commentators. Azarenka’s dubious decision left her facing not only Li Na—a dangerous opponent on any day—but a stadium filled with hostile fans in the final. Showing her steel, the Belarusian rallied from losing the first set to add a validating second major.

Streak of the Year

The Re-conquest of Clay 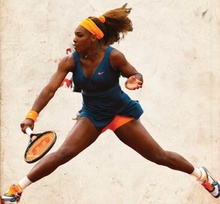 The most stunning upset of 2012 came when Virginie Razzano defeated Serena Williams in the first round of Roland Garros. Never a woman to swallow such a setback lightly, Serena roared back to dominate the WTA during the second half of last year. When 2013 began, moreover, one sensed that she would do everything possible to erase the red stain on her resumé. And Serena confirmed those thoughts by sweeping the marquee titles in Madrid and Rome, dominating rivals Maria Sharapova and Victoria Azarenka in the finals of those tournaments. Still, she had not lost a match on clay the year before until she arrived in Paris, and she had not even reached the Roland Garros final in over a decade.

Through four rounds of Roland Garros, Serena towered head and shoulders above the competition. Then, she collided with a former nemesis at that tournament and a fellow former champion on the same court where they had met in 2009. Svetlana Kuznetsova had outlasted Serena in a three-set epic that time, and she positioned herself to do it again when she won the second set and carried her momentum into the third. Willing herself through this ominous situation, Serena dug into the trenches with a resilience suited to the surface.  She would lift the Coupe Suzanne Lenglen four days later, tasting the satisfaction of silencing her doubters with her second Roland Garros title. The player of the year once again in the WTA, Serena would couple that triumph with a fifth crown at the US Open.

For the complete story, please order the Current Issue