One The Rise: Hubert Hurkacz

And suddenly there he was, in the center court of Indian Wells, quarterfinals, playing against his most admired player Roger Federer, fulfilling one of his dreams.

We are speaking of Hubert Hurkacz, current world no. 52, the top player from Poland and finalist of Next Gen ATP Finals in 2018.

Everything began at age five when he saw his mother play tennis and wanted to try it. He enrolled in tennis lessons and became interested in professional tennis after watching a Federer match on TV.

In 2018, he already knew what it was like to play the first round of grand slams. After playing the qualifiers, he was able to beat Tennys Sandgren in the first round of the French Open. He, also, made his US Open debut beating Stefano Travaglia who retired in the extreme heat. Curiously, Marin Cilic was in charge of finishing Hurkacz's adventure in the second round of both tournaments. In 2018, Hurkacz received a nomination to the ATP Newcomer of the Year Award. 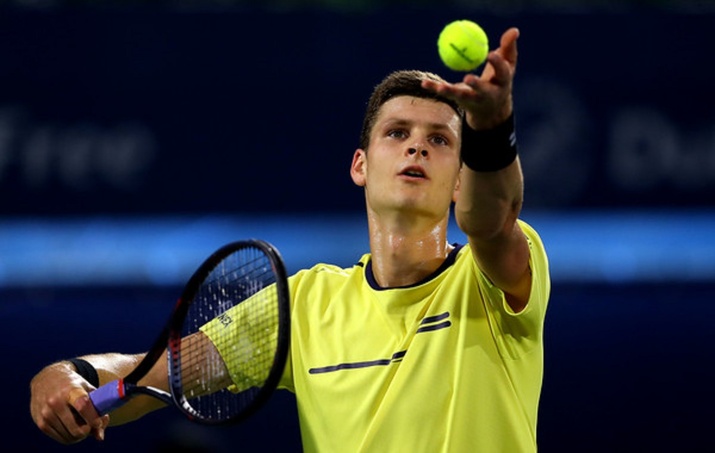 At the Australian Open in 2019, he couldn’t get past the first round when he met a tough Ivo Karlovic who stopped him after four tiebreak sets.

But the results obtained in the last two ATP Masters 1000 have placed his game under the radar of many players and followers. He advanced to the quarterfinals in Indian Wells, with victories over Donald Young, Lucas Pouille, Kei Nishikori and Denis Shapovalov where he eventually lost to Roger Federer 4-6 4-6.

Hurkacz is a player who doesn’t make much noise, but with a tenacious, energetic and very positive instinct. He’s very competitive and he’s one of those players you have to beat several times to win a point because he fights and returns difficult shots and continues playing. His playing style somewhat resembles Andy Murray's game and one of the characteristics that have personally impressed me is the maturity with which he plays the points.

In 2019, at the Indian Wells tournament, he began working with his new coach Craig Boynton, who is Steve Johnson's coach, as well. Boynton has trained players such as Jim Courier, Mardy Fish, John Isner and Sam Querrey.

With a height of 6'5” and a powerful serve, we’ll have to see how he faces the clay season, although a feature that sets him apart from the players of his height is the extraordinary consistency of his baseline game.

We can say that Hubert Hurkacz is certainly a part of the generation of new tennis stars like Alexander Zverev, Stefanos Tsitsipas, Felix Auger-Aliassime, Borna Coric, Denis Shapovalov, Frances Tiafoe, and Laslo Djere. He is a player who will certainly be involved in tremendous matches and will put on a great show for lovers of good tennis, in the months ahead.