The holidays are just around the corner, and that has traditionally meant that a new tennis season was also on the horizon.  With the ongoing pandemic and subsequent travel and quarantine restrictions, it looked like that would not be the case in 2021.  Thanks to the diligent efforts of tennis and government officials around the globe, however, the 2021 men's tennis season will commence the first week in January.  It will have a different look to it than in years past, which could have an impact on the players as they look to get their respective 2021 campaigns off on the right foot.

The biggest change to the start of the tennis year will be the delay of the Australian Open.  Normally beginning in the middle of January, the season's first major will not get underway until February 8.  As a result of the move, the event in Delray Beach, normally located in February, will join the event in Antalya, Turkey as opening the season the first week of January.  Australian Open qualifying will then take place over a three-day period in Doha, concluding on January 13, and after all those participating in Melbourne have completed a two-week quarantine, they will have the opportunity the week before the Australian Open to compete in one of two Melbourne tournaments or participate in the ATP Cup. 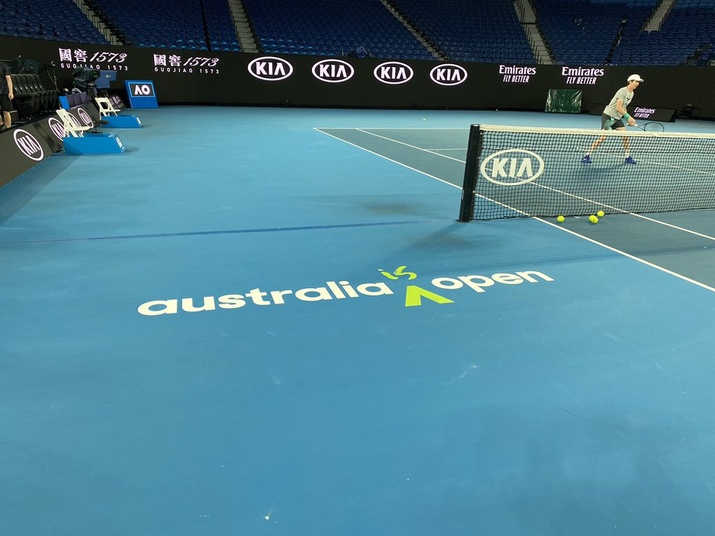 So who benefits from these changes?  It is possible the events in Turkey and Florida could see better fields than ever before.  Players eager to make up for the lost time and lost wages might be more eager than usual to take advantage of any tournament on the docket, and the Delray Beach event in particular, which is now similar to a tune-up event for a major instead of shortly following one, could definitely be helped by the relocation on the calendar.  Melbourne, too, is likely to see a boost, with the warm-up events now located there instead of in other cities in Australia and New Zealand.

Cities and events themselves or not the only ones likely to benefit from these changes, however.  Certain players might, too.  With the Australian Open pushed back by three weeks, that allows those fortunate enough to have direct entry that are only looking for a week or less of play beforehand more time at home with families for the holidays before they need to make the trip to Australia.  With so much now centered in Melbourne, it also cuts back on their travel time while there.

Arguably the greatest unknown at this time for the players is whether it is going to be a sparse or crowded field to help or hinder their odds of success.  Australia is a long way to go for many, and depending on where they are in their careers, some players may not want to make the trip – or two if they have to qualify – and deal with the quarantine restrictions.  That said, officials have done a phenomenal job of making the idea of competing at the upcoming Australian Open an appealing one.  They are chartering flights and ensuring players can have at least some members of their teams with them.  They also made the decision – in part due to necessity – to move some of the tune-up events to Melbourne similar to the way the Western & Southern Open was temporarily moved from Mason to New York.  This could make for a more enticing proposition for those weighing whether or not they want to play the first major of the year.  Additionally, with many expecting positive improvements where Covid is concerned, players might be even further inclined to deal with these changes to increase their chances of garnering secure footing in what they hope will be a return to normalcy as the tour progresses in the months to come.

All told, like the back half of the 2020 season, fans and players alike are going to have to cope with some deviations from the norm.  It will help some and hinder others, and it is apt to spring a surprise result or two along the way.  But in the end, it is great to see that there can still be safe and competitive tennis in what will hopefully be a great start to the 2021 season.