When Naomi Osaka came to the Harold Solomon Tennis Institute in Ft Lauderdale, Florida in 2014, it was obvious at first glimpse that her forehand had tremendous potential. You may be surprised to hear this, but she never really “hit the ball” even though we all knew she could. She was content with just hitting solid and not missing. At the Institute, as we refer to it, we labeled this as semi hitting. In matches and practice, she certainly wasn't physically dominating players the way she did at the recent US Open with her forehand. Naomi was at the Harold Solomon Tennis Institute for 7 months in 2014 when she was 16 years old. A lot of good tennis minds and coaches have spent hours on court with Naomi, and we were lucky enough to also make some contributions to various parts of her tennis development, including her forehand. 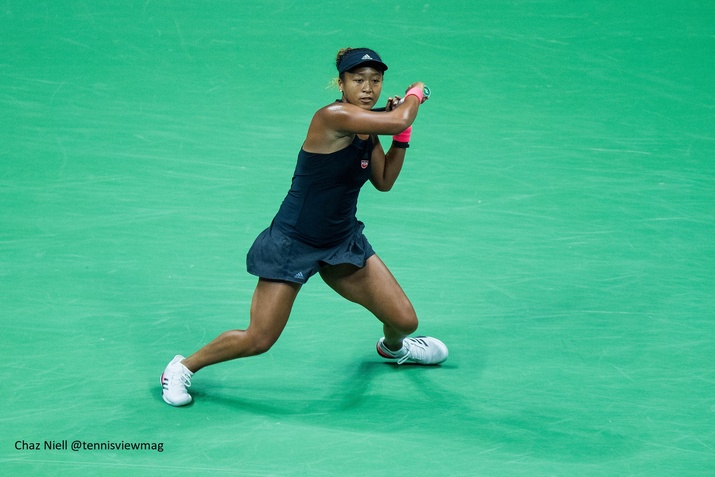 Naomi has always had a forehand backswing that breaks the plane of the shoulders. There are lots of girls on the WTA tour that have huge swings and great forehands. Everyone’s mechanics, physicality’s and personalities are all different and therefore, different things work for different people. At age 16, we decided that although it was not too late to shorten the size of the swing, it would be in the best interests of the player to leave the swing alone and focus on addressing other things which would be more beneficial to Naomi in her quest to fulfill her forehand potential. Too many coaches focus on the swing first. The swing is the last part of the kinetic chain. In this situation, we decided to focus on using the legs and transferring the weight correctly. With Naomi, her swing concept was very much linear, meaning she hit through the ball. There was no loading and exploding up and into the ball and the ball wasn't coming up off of the racquet as much as it should. Her forehand lacked the hard-offensive topspin that it is currently known for. We chose to focus on the legs by getting her to turn and load the weight on the inside part of her right leg, as well as on her right hip. We also focused on getting her to unload and lead with the hips as well as making sure that the hitting hand was getting slightly underneath the ball (just getting the racquet head under the ball is not enough) to ensure that she would swing up on the ball. In a forehand, there is always going to be linear and angular momentum. The two are linked together by a kinetic link.

Osaka's backhand is a weapon and a world-class shot. However, statistics of professional matches from the last few years on both the ATP and WTA Tours have clearly shown us that bigger forehands equal shorter points. Craig O'Shannessy (the grand slam and ATP and WTA tour statistician) has been instrumental in using stats to prove this. Craig, in my humble opinion, has made the coaches better coaches because we can use statistics from professional matches to better design our on-court drills. 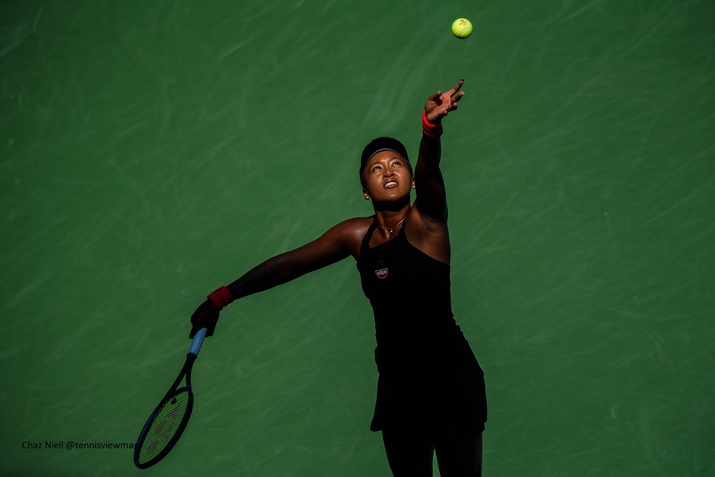 Even dominant backhand players (which is approximately 80% of players in the top 200 on the WTA tour), are using their forehands more for this exact reason. Maria Sharapova comes to mind. With Naomi, we would focus on various serve and forehand patterns. The main ones we wanted her to perfect were the serve wide to the deuce court and the first ball to the open court and the serve down the T to the ad side and the first ball as an inside in forehand. These two patterns are prime examples of the serve setting up the forehand.

The great thing about Naomi Osaka is that she's always been herself. Nothing has ever seemed to bother her too much. The proof is in the pudding as she handled the big occasion with Serena with total class and maturity beyond her years from start to finish. On the practice courts, she worked hard and was always respectful to the coaches and anyone she came in contact with. I remember once after she came back from the WTA event in Stanford, CA. in the summer of 2014. Naomi was 16 at the time and had just beaten Sam Stosur (a former student of mine) in 3 tight sets. She told me it was her second biggest win ever and the biggest win for her so far was beating her sister Mari. I had a chuckle to myself. I also figured she would go on to become a great player one day soon.

Tom Downs has coached on the WTA Tour and has worked with Rennae Stubbs, Elena Dementieva, Vera Dushevina, Sam Stosur and Laura Granville. He has also worked with many highly-ranked ITF and USTA junior players. He was the Head Pro and Director of Coaching at the Harold Solomon Tennis Institute in Fort Lauderdale, Florida.