For essentially the entirety of his career, Paris in springtime has been exceptionally kind to Nadal.  Thirteen of his twenty majors have come in the French capital, a record that is unlikely to be touched any time soon, if ever.  Paris in autumn has been less kind to the Spaniard, however.  The Paris Masters remains one of the few Masters missing from his illustrious list of titles, but after capturing the thousandth victory of his career earlier this week, could this be the year he is twice crowned a champion in Paris?

There are definitely a couple of key factors that could see the current Number 2 breakthrough for his first title at this Masters event.  The first is a kind draw.  The draw was already kind to begin with given that his two biggest rivals, Novak Djokovic and Roger Federer – two players whose games adapt better to the quicker indoor surface – were absent from the draw altogether.  Furthermore, the harder hitters and the players who have been hot of late were primarily located in the bottom half, giving Nadal the opportunity to better play his way into this tournament. 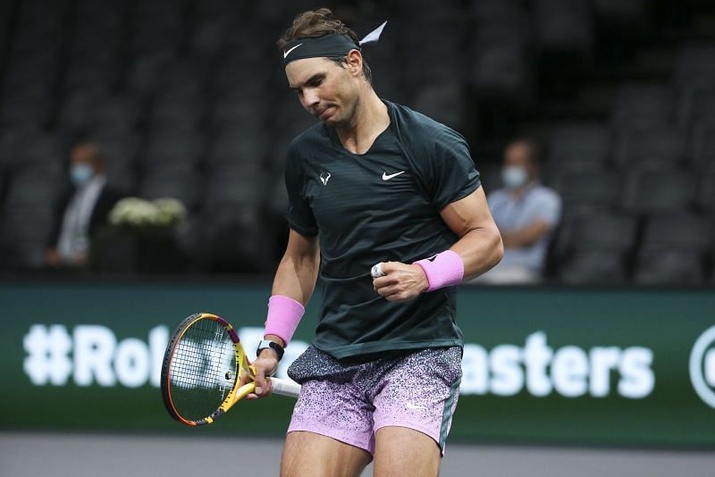 A more crucial factor to Nadal's chances of success, however, is the fact that he is fresh.  Nadal's litany of injuries is well documented, and coupled with the amount of time he logs on the clay during the spring, he is typically the one who looks the most worse for wear of the Big 3 when they reach this last leg on the calendar.  But with so much of 2020 spent on the sidelines and his opting to skip the brief summer hard court season, he has likely never been fresher for the closing weeks of the season.

While hardly a guarantee given the talent still left in the field, Nadal is apt to be keenly aware of the opportunity that sits before him.  It should be interesting to see how he responds to it, because there is arguably more at stake here than his first Paris Masters title.  A win here could be just the springboard he needs to break through another barrier with his first title at the ATP World Tour Finals.  Again, the quick, indoor surface of that event has proven more problematic for him than others when he comes up against his greatest rivals or those who can consistently play with enough firepower to rob him of time.  The ATP World Tour Finals undoubtedly remains the most glaring hole in his résumé, and with time running out, it would be surprising if the challenge of winning that prestigious crown was not in part a little mental.  A title run in Paris would go a long way towards silencing any of those personal doubts before he heads to London.

So does Nadal now have the perfect recipe to match his success in Paris in spring by finding the same kind of success in autumn?  The jury is still out, and there is still a lot of tennis to be played between now and Sunday.  Nadal is one of the greatest competitors the sport has ever seen, however, so win or lose, fans can be certain he will fight tooth and nail to make this a November to remember.