The 2020 season is now officially underway, and players are eager to hit the ground running, hungry for the new and exciting opportunities that could await them in the months to come.  Sadly, more than a few players will be delayed in getting out of the gates, however, as injuries, so prevalent at the end of a season, are already wreaking some early havoc.  Among those forced on the sidelines this month are none other than a pair of major champions, Bianca Andreescu and Andy Murray.

Andreescu finds herself out of Auckland, the tournament that served as a catalyst for her success last season when she came through the qualifying to reach the final.  The culprit, in this case, is a nagging knee issue.  On the surface, there does not seem to be a ton of concern, particularly given that she has thus far not announced her withdrawal from any subsequent events.  Knee injuries are common among tennis players, and it is not as though players have not successfully bounced back from such injuries, Rafael Nadal being the most notable among them.  Furthermore, she admirably bounced back from the shoulder issue that sidelined her for a few months in 2019, going on to win the US Open, and age is on her side as far as quicker healing goes. 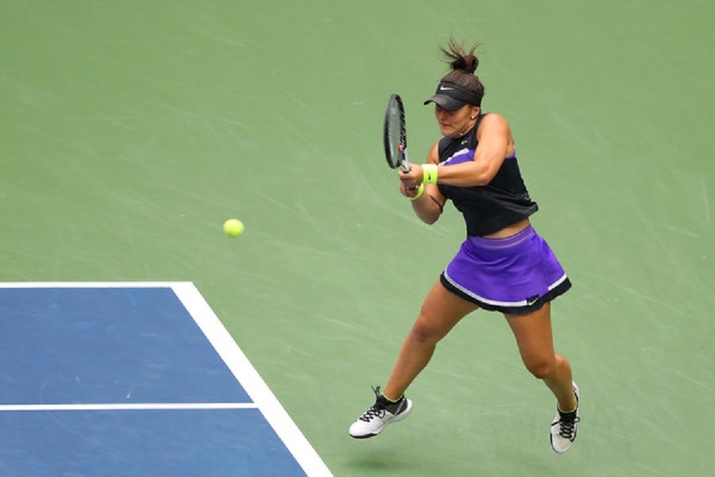 Still, this knee injury does leave a couple of key areas for concern as Andreescu looks to back up her 2019 in 2020.  Andreescu is a solid woman, but there has to be some apprehension that her body is experiencing some lengthy injuries already.  It may simply be a matter of her young body getting used to the rigors of a full year on tour, but it could be a sign that she has one of those bodies that will just break down more than others.

The bigger concern may be how the pain and injuries will immediately impact her game and how she will cope if she is not able to perform her best early in the season.  Andreescu certainly appears to have the mentality of a champion, which was on clear display with the way she managed to recover and close Serena Williams out in straight sets in front of a highly partisan crowd to win her first major in New York.  But no one is immune to nerves, and make no mistake, the Canadian will be under a microscope in 2020.  She is no longer a promising talent looking to breakthrough but rather a top title contender.  She will be expected to win the majority of the matches she contests, and any loss is going to receive that much more scrutiny.  As such, it is going to be imperative she gives herself the best look at finding success early by listening to her body, knowing when to manage the pain and when to rest.

Someone on the other end of the spectrum, who is no stranger to pain, is Andy Murray.  It seems hard to believe, but a year ago, a tearful Murray announced that the pain in his hip was so extreme, he feared the 2019 Australian Open would be the last of his professional career.  Fast forward to the summer and one hip surgery later, and the Scot was out playing some impressive doubles on the grass.  He followed that up in the summer with a return to singles in Cincinnati, and then pulled off the improbable by capturing the indoor title in Antwerp.

Unbelievably, things seemed to have completely turned around for Murray, but then word came that he was unwell enough to undertake his usual training regimen in Miami, Florida.  Then news came that he would have to scrap the Australian summer entirely.  The reason for his disappointment stemmed from his pelvic injury, which has to have his most ardent fans nervous.

As noted, Murray already achieved more than he had previously thought possible with the way he finished the back half of 2019.  But players have traditionally struggled to satisfactorily bounce back from hip surgery – especially in singles plays – and he has yet to be able to test that new hip for an extended period of time under the most competitive and strenuous of conditions to life on tour.  The good news is that he is presently planning to begin his year as early as the indoor European swing in February, but Murray's progress will be one of the top stories to keep tabs on in the early months of 2020.

There is of course still ample great tennis on offer with the season now underway, but it is unfortunate that these two stars will have to delay their own respective returns.  The sport is more entertaining with them in it, so here is to hoping that these setbacks are merely minor blips and not signs of more pronounced worries for these game competitors in the months to come.