With a number of top stars in action, there is plenty of great tennis on offer this week, but the biggest story of the week has come off court.  In a letter for Vanity Fair and Vogue, Maria Sharapova has announced that at the age of thirty-two, she is saying good-bye to tennis.  In saying farewell, she leaves behind a very complicated legacy.

The primary complication in her legacy stems from the 15-month doping ban she served in 2016 for testing positive for the banned substance meldonium.  Her comments and reasoning surrounding her use of the substance did little to help the situation.  The fact that she was unable to bounce back from that suspension and perform without the drug has the most cynical of tennis fans questioning the entirety of her legacy, and given that the suspension essentially ended her career, it is that much more of a glaring blemish. 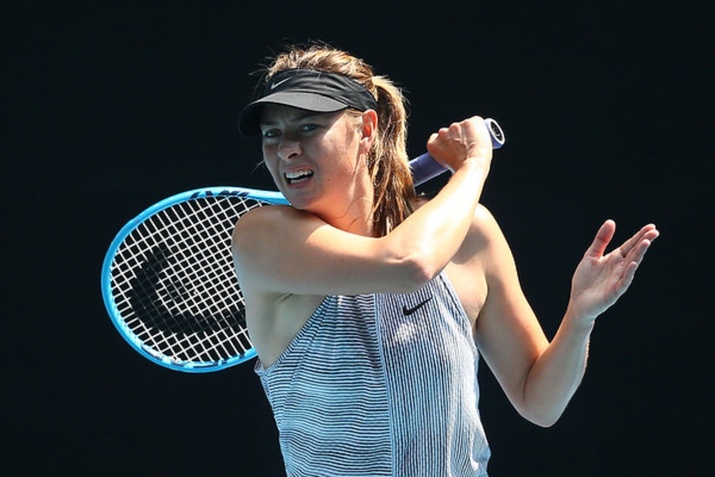 To some degree, Sharapova was also a polarizing figure.  She had a reputation for being an ice queen, and while she hardly minded the moniker, it did little to earn her many friends in the locker room.  She was also perhaps most widely known for her shrieking, a trait that was off-putting for many fans and more than a little irksome to some of her opposition.

Despite these truths that have tarnished her career, however, there is much credit that must be given to the Russian.  She boasts a well-earned reputation as one of the fiercest competitors in the game.  No matter the score and no matter the opponent, Sharapova could always be counted on to fight until the last ball.  She clawed her way out of many a deficit just by her pure will.  She was never content to sit on her laurels but rather always looking to improve and stay one step ahead of the competition.  She proved remarkably resilient as well.  She endured a number of injuries and even did the unthinkable by winning a major following shoulder surgery.  Her hunger and drive were second to none.

That hunger and drive played a large role in propelling to her a lot of success, too.  She stunned the tennis world and Serena Williams when she captured her maiden slam on the lawns of Wimbledon at just the age of seventeen.  She would go on to become Number 1 in the world aged only eighteen.  Despite terming herself as a “cow on ice,” when describing how she felt she played on the clay, she went on to win two titles at Roland Garros.  In so doing, she became only one of a select group of players to have completed a career Grand Slam.

So, where does all of this leave Sharapova in the annals of tennis history?  On the one hand, there is no getting around that there are some serious blemishes that will forever tarnish her career.  To some extent though, she has arguably partially paid for those blemishes.  With a ranking well outside the Top 300, she has not really been able to end her career on her own terms and has been denied a fairy tale ending or a farewell run.  There is also no denying that she had a champion's mentality.  In her prime, more often than not, she was money when the chips were down.  That, more than anything, helped propel her to greatness, and she deserves credit where that credit is due.  And, when all is said and done, regardless on which side of the fence you fall, there is no question that Sharapova brought added interest and entertainment to tennis, and the sport benefited from it.