In two days of competition at the ATP Mutua Madrid Open 2019, people have been able to enjoy new faces and new talents of the ATP.

On Monday, Reilly Opelka (Q) defeated Pablo Carreño 7/6 6/4 in the main stadium Manolo Santana in the first round. Opelka entered the main draw of Madrid for the first time and on a surface that is not his favorite. Opelka (21) No. 58 and with a height of 6'11 “, has a spectacular serve (fired 14 aces) and a volley with a lot of talent. We’ll see how he solves the second round where Dominic Thiem waits for him. 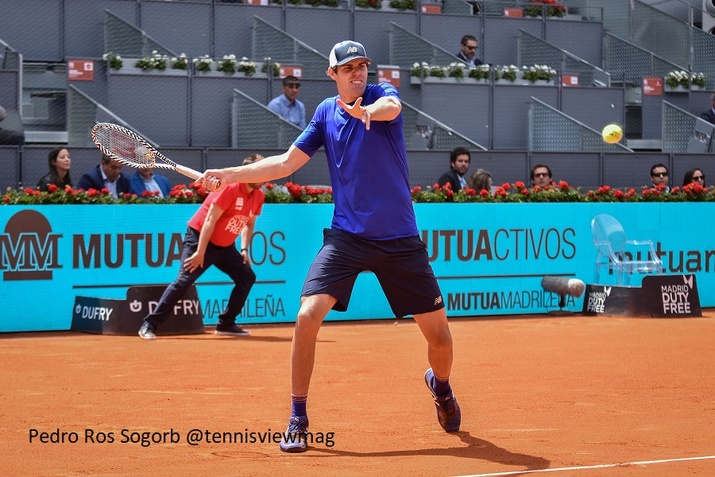 Another player coming from the qualifiers and debuting in the main draw is Taylor Fritz. Fritz (21), who is currently No. 57 in the world, defeated Grigor Dimitrov in the first round 7/6 7/6. It was a tough game where Fritz was fighting and intelligent at important points. He will face Novak Djokovic in the second round with the aim of giving him a surprise. beat his compatriot Shapovalov in two vibrant sets 6/2 7/6. The central court of the Madrid Open witnessed the excellent games of two very young talents and what will be the future of tennis in a few years. Auger-Aliassime will have to face the King of Clay, Rafael Nadal, at home. Just thinking about that is scary, but It appears that in Felix's head, there is no fear and much fun. Surely it will be a great match. 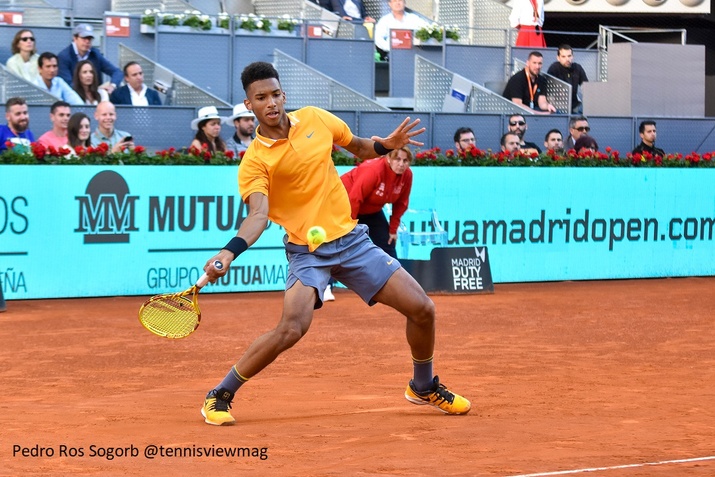 Frances Tiafoe (21) and No. 37, needed three sets 6/7 6/3 6/4 to defeat Nikoloz Basilashvili. No. 17. Tiafoe is also competing for the first time in the main draw of the Madrid tournament, entering directly through ranking, and put on a great exhibition on Monday. Of the first-time players, perhaps his game is theoretically the most accessible. He will play against Philipp Kohlschreiber who defeated Mikhail Kukushkin 6/2 7/6.

And let’s not forget Laslo Djere. He beat his compatriot Dusan Lajovic 6/4 6/4. Last year, he was the surprise of the tournament reaching the quarterfinals in Madrid. Last year at this point he occupied the position of world No. 102. And this year he won his first ATP title in February, Rio de Janeiro, defeating Felix Auger-Aliassime 6/3 7/5 in the final.  Djere will face Juan Martín del Potro in the second round.

Slowly you can see how the emerging talent is penetrating the main draws which should allow for a good show and the development of tennis. This certainly appears to be the case in Madrid thus far.