A Look Ahead To Week Two At Wimbledon

The first week of Wimbledon provided some entertaining tennis, shocking upsets, and even a few figurative fireworks appropriate for the Fourth of July.  The draw has now been whittled down to sixteen men and sixteen women, and all thirty-two of them will be in action on “Manic Monday” - known as the “greatest day in tennis” - to kick off what should be an enthralling second week at The Championships.

A woman sure to be under the microscope and who undoubtedly was the biggest story to come out of Week 1 is Cori “CoCo” Gauff.  The fifteen-year-old knocked off her idol Venus Williams in her opener and has shown poise beyond her tender years to keep her dream run alive into the second week of Wimbledon.  She will face a big step up in opponent on Monday, however, as it will be Simona Halep on the other side of the net.  The good news for the young American is that Halep cannot blow her off the court, but the Romanian is in much finer form than anyone Gauff has faced to this juncture.  Furthermore, as a former Number 1 and major champion, Halep is a lot less likely to blink if she gets the finish line within sight.  With Halep the last remaining seed in the wide-open bottom quarter, it is an opportunity for both women to really make something happen in the British capital. 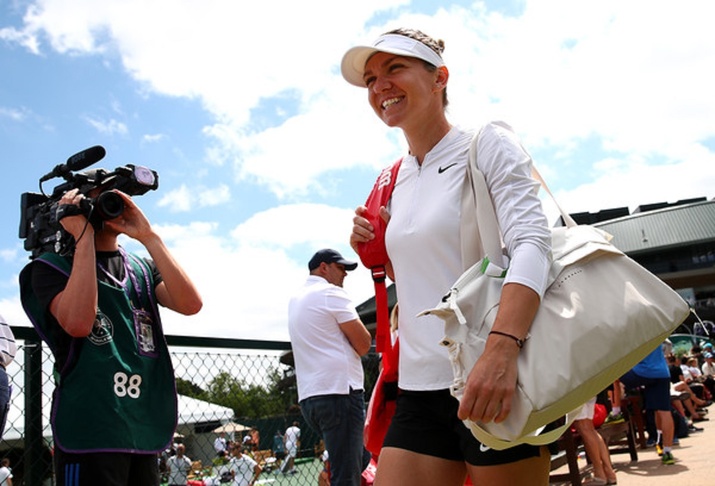 While the bottom half of the women's draw remains fairly wide open, the opposite is true of the top half.  Despite losing defending champion Angelique Kerber early in the proceedings, there are a number of top contenders still in the hunt in this section of the draw.  Among them are former Wimbledon Champions Serena Williams and Petra Kvitova, both of whom on their best days possess the kind of firepower that can hit the opposition off the court.  Newly-crowned Number 1 and this year's Roland Garros Champion, Ashleigh Barty, has also been impressive.  She continues to exhibit her top form and is favored by many to capture a second consecutive major.  And lastly, Johanna Konta cannot be overlooked.  The woman with the home nation's hopes resting on her shoulders has been to the final four here and just reached the semifinals in Paris.  She was impressive in the way she turned the tables on Sloane Stephens in her last match, and if able to tap into her own best form, definitely has the kind of game that could take her all the way.  Sadly, only one woman can emerge from this portion of the draw, but it should be an intriguing journey in determining which will manage that feat.

Of course, the women have not been the only ones capturing the headlines.  There have been ample notable results on the men's side as well.  Rafael Nadal passed a potentially tricky test against Nick Kyrgios in the second round.  Veteran Fernando Verdasco turned back the clock to make the last sixteen, Sam Querrey quickly demonstrated why his game continues to be a threat on the grass, and Joao Sousa made history for Portuguese tennis as the first person from that country to reach the last sixteen at Wimbledon.  But for all of the various stories that have transpired the same old standard question remains: Will anyone other than a member of the Big 3 win the title?

Naturally, only time will tell who will be crowned champion, but as has so often been the case for over a decade now, the answer to that question looks to be a definitive “no.”  Although a possible showdown with an in-form Querrey could present some challenges, Nadal's draw looks friendlier in the second week than it did in the first.  Federer's second week looks a little more dangerous with blossoming talent Matteo Berrettini waiting in the wings as well as a possible battle with eighth seed Kei Nishikori.  Still, it is difficult to envision anyone in this half derailing the Federer-Nadal semifinal so many anticipated when the draw was announced. 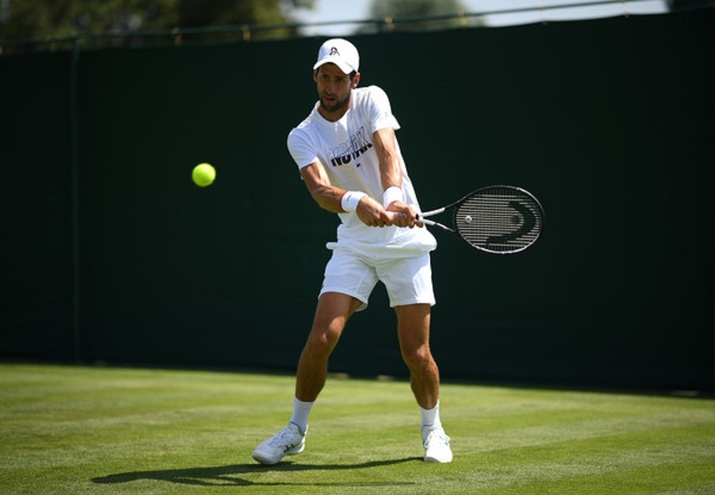 A similar situation exists in the top half of the draw.  Having already dropped a set, Novak Djokovic will hardly be taking anything for granted, but he remains the only major champion in that section.  Roberto Bautista Agut has enjoyed some recent success against the Serb, and Milos Raonic, a former finalist here with a huge serve and equally powerful forehand to back it up could certainly pose a threat.  But the fact still remains that Djokovic is a heavy favorite to live up to his seeding and advance to the final where he is most apt to meet either Federer or Nadal.  Odds are it will boil down to how difficult it was for a couple members of the Big 3 to reach the final as opposed to whether or not they will reach the final.

Assuredly, the singles is set to produce some stellar tennis in the days to come, but the doubles at this year's edition of Wimbledon also deserves an extra nod.  Andy Murray's comeback in the men's doubles was ended prematurely in the second round, but his novelty pairing with Serena Williams has already proven enjoyable to watch.  They make for quite the dynamic duo with great serves, lethal returns, and games that make them both a threat from the back and front of the court.  It is a pairing unlikely to be seen again, so best to sit back and enjoy the ride that could just conclude with a mixed doubles title for both.

Yes, with a major title on the line, there is plenty for all to play for as the business end of Wimbledon fast approaches.  It should make for an entertaining and exciting week of tennis, and while it might provide a few more surprises, it would still be a stunner to not see some familiar faces hoisting the trophies when all is said and done.