By Staff in Health

Be mindful of whom you hang out with because your friends’ habits may become yours – for better or for worse. A study of 3,610  Australian women, published in BioMed Central's open access International Journal of Behavioral Nutrition and Physical Activity, found that physical activity and healthy eating behavior were both strongly affected by social norms. Kylie Ball, from Deakin University, Australia, worked with a team of researchers to survey the 18-46-year-old women, one of the first studies to demonstrate the association of both social support and social norms with physical activity and eating behaviors. The researchers tested the extent to which a fashion for healthy behavior among a person's contacts could influence their own lifestyle. The participants were asked to rate how much they agreed with statements like “I often see other people walking in my neighborhood” and “Lots of women I know eat fast food often.” Ball says the findings suggest that healthy behavior may be contagious, that women who moved in healthier circles were in turn more likely to eat well and get more exercise. 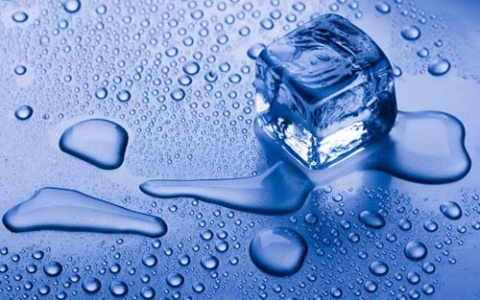 Next time you've completed an intense workout session consider cold water immersion (CWI) to recover. According to a review published in The Cochrane Library, if an athlete takes a cold water bath within 24 to 96 hours after their tough workout they will experience a 15 to 20 percent reduction in muscle soreness.  Researchers compared the effects of CWI to passive recovery (doing nothing), active recovery (slow jogging for several minutes), and compression (socks; tight clothing). The results found that ice baths were about as effective as active recovery or compression.

Sitting Can Make You Sick 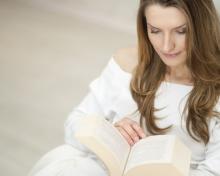 Whether it's due to your job, injury or pure laziness, sitting many hours of the day, is not healthy. And even if you consider yourself “active,” that doesn't necessarily mean you're getting enough exercise. According to a recent Northwestern Medicine study, women who play tennis twice a week and exercise regularly spend as much time sitting throughout their day as women who don't exercise at all.

Emerging research shows that prolonged sitting has significant health consequences – and the new Northwestern study suggests that being a dedicated exerciser doesn't prevent women from spending too much of their day sitting.

This research is the latest indication that public health recommendations should be established to encourage Americans to limit the amount of time they spend sitting every day, said Lynette L. Craft, first author of the study.

“We all know someone who gets a good workout in every day but then spends a large portion of their day sitting in front of a computer with few breaks,” Craft said. “If these people could replace some of the sitting with light activity – just getting up, moving around, maybe standing up when talking on the phone, walking down the hall instead of sending an email – we do think they could gain health benefits.”

The Northwestern research was done in collaboration with Ted Zderic, of the Pennington Biomedical Research Center, and was published in the International Journal of Behavioral Nutrition and Physical Activity.

Past studies have shown that people who sit for extended periods of time, even those meeting exercise recommendations, are more likely to develop chronic conditions such as diabetes, obesity, cardiovascular disease and some cancers.

This was the first study to use an objective measuring device to examine the relationship between the type of exercise recommended in the government's Physical Activity Guidelines for Americans and sitting. The guidelines recommend adults engage in a minimum of 150 minutes of moderate intensity aerobic activity every week. Previous studies on physical activity and sitting have primarily relied on self-reported data.

While many of the women in the study met or exceeded 150 minutes of physical activity per week, in reality only a fraction of the women's days were spent being physically active. The women in the study spent an average of nine hours a day sitting. That number is consistent with previous results from much larger studies that examined the number of hours Americans spend sitting every day.

“I think some people assume, 'If I'm getting my 30 to 40 minutes of physical activity a day, I'm doing what I need to do for my health,'” Craft said. “Of course, exercise is very important and is associated with many positive health benefits, but negative health consequences are associated with prolonged sitting, and this study shows that just because you're physically active doesn't mean you're sitting less.”

Trying to replace some sitting time with more light activity throughout the day, along with the recommended bouts of moderate and vigorous exercise, said Craft, is an approach more Americans should strive to accomplish.

Are You Passive or Direct?

Your personality style may affect your health

Researchers from the Melbourne Institute of Applied Economic and Social Research recently analyzed data on the diet, exercise and personality type of more than 7,000  people. The study found that those who believe their life can be changed by their own actions ate healthier food, exercised more, smoked less and avoided binge drinking. Professor Deborah Cobb-Clark said those who have a greater faith in 'luck' or 'fate' are more likely to live an unhealthy life. “Our research shows a direct link between the type of personality a person has and a healthy lifestyle,” Cobb-Clark said, adding that “understanding the psychological underpinning of a person's eating patterns and exercise habits is central to understanding obesity.”  The study also found men and women hold different views on the benefits of a healthy lifestyle. Men wanted physical results from their healthy choices, while women were more receptive to the everyday enjoyment of leading a healthy lifestyle.