Simona Halep and Iga Swiatek met for the first time with a spot in the French Open quarterfinals on the line. The only thing they had in common on this relatively mild day at Roland Garros was their Nike outfit. Halep, the reigning French Open champion dismantled the eighteen-year-old Swiatek 6-1, 6-0 in forty-five minutes.

Swiatek, playing in her first main draw at the French Open, reached the fourth round following impressive wins over the #16 seed, Qiang Wang and world #54, Monica Puig. Halep, the #3 seed, was in exceptionally fine form today despite dropping sets in her first two matches.

Swiatek, from Poland, won the toss and elected to serve. She immediately came under fire, facing double break point following a double fault, a blistering backhand down the line winner from Halep and dropped serve when her forehand found the net. 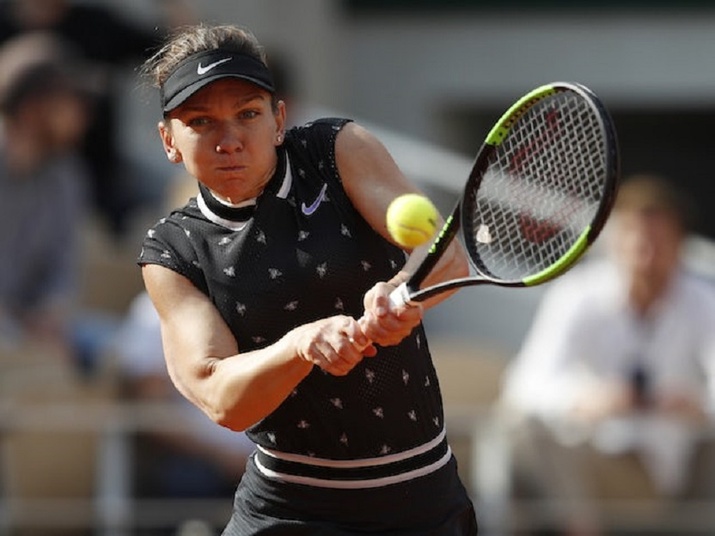 Halep remained on cruise control throughout the first set finding the corners off both wings and consistently earning points by hitting behind her opponent.

Battling a formidable opponent as well as her nerves, Swiatek was unable to hold serve, winning a scant 26% on first serve and 28% on second serve points. Halep, on the other hand, repeatedly hit her spots and won an astonishing 84% of first serve points.

The former world #1 served for the set up 5-0. The Polish phenom demonstrated excellent footwork and resilience as she ran around her backhand to strike an outstanding inside-out forehand, a backhand down the line and a deft lob winner on consecutive points to go up 15-40.

Swiatek finally got on the scoreboard with a break of serve when Halep misfired on a backhand down the line. Serving to stay in the set down 1-5, Swiatek was unable to consolidate the break and after 26 minutes, dropped serve and lost the set when her backhand found the net.

The second set was a repeat of the first with Halep dictating from the baseline and habitually wrong-footing her opponent. Undeniably, nerves and poor shot selection got the better of the promising teenager as she regularly went for too much.

In under twenty minutes, Simona Halep closed out the set 6-0, hitting 17 winners to just 5 unforced errors over two sets. In the quarterfinals she will square off against another teenager, the seventeen-year-old American, Amanda Anisimova, currently ranked #51.