Unless located in the middle of nowhere with zero access to news and social media, it is impossible to have lived on this earth and not heard of the coronavirus.  Among many more serious things, the global pandemic has also brought many sports screeching to a halt, and tennis has been no exception. It started at Indian Wells, which announced at the start of this week that it would not go on as scheduled, and the ATP has since announced that the sport will not return to action until late April at the earliest.  The effects of this hiatus will be keenly felt and leave some searching for positives in a sea of negatives.

There is no getting around the negatives, starting with the fact that there is simply no tennis to play, watch, or attend. The hiatus will include three of the prestigious Masters, with Indian Wells and Miami being the two largest events outside of the majors. That is a disappointment to the players and the fans alike. But it is also a disappointment for the tournaments and all those involved with it. That includes groups like on-site vendors, broadcasters, and official hotels, all of whom are losing out on revenue.  That of course means that the tournament as a whole takes a loss. 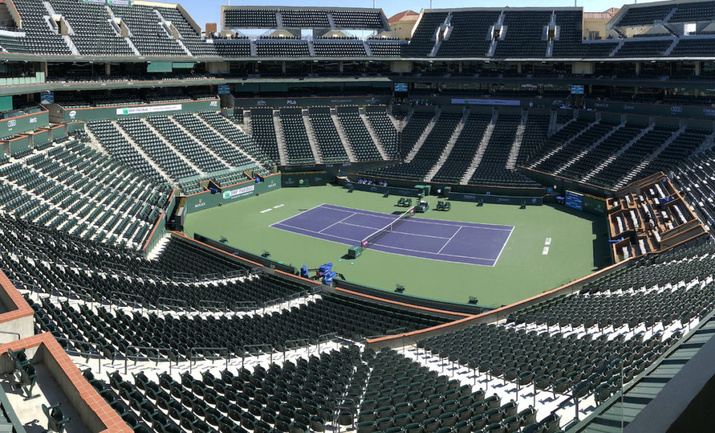 Something that can get lost in all of this is that there are players that are taking a loss they will feel in a couple of key ways, too.  For sure, not being able to compete at these events is a disappointment for all players, but arguably more so for the lower-ranked competitors.  For those who just make the cut or come through the qualifying, or perhaps for those trying to make headway on the Challenger Tour, this hiatus is robbing them of the valuable paychecks they need to continue to strive in their own careers.  It is also depriving them of the opportunity to earn the ranking points necessary to get ahead in the sport.

While nothing can ultimately make up for these negatives, there are some slight positives to be found if one looks hard enough.  For one thing, there were a number of players still banged up a bit at the start of the season, including some marquee names.  Although none of them would wish it for the sport, it does allow everyone more time off to recoup and continue to get in tip-top shape for when the tours do resume.  Assuming the virus is brought under acceptable control in the coming weeks, it could mean a boon for the tournaments in the back half of the calendar, albeit at the expense of others.  Players are often burned out towards the end of the season and may forgo more tournaments in the autumn but being fresher and maybe looking to make up for lost time, the autumn events may see some of their best fields yet.

Naturally, these potential positives do not in any way make up for the negative impact the coronavirus has had on tennis.  Nor is the impact on tennis in any way important in the grand scheme of things where this virus is concerned.  Rather the health of people all around the globe and joint efforts to bring the virus under control is of primary concern.  But this unscheduled break in tennis should instill a greater appreciation for the sport.  You never truly appreciate something until it is gone, so here is to hoping for all concerned that this pandemic gets turned around in the right direction quickly and that players find themselves back out there on the courts sooner rather than later.