By Tom Nash in Features 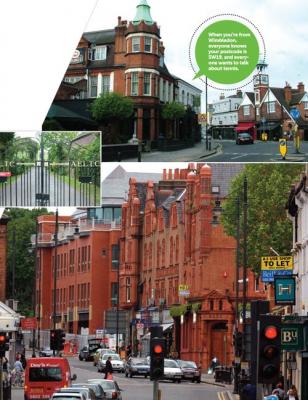 Wimbledon is an affluent and leafy suburb in southwest London for 50 weeks out of the year, but for the other two, that heavenly anointed fortnight in June, it becomes the focus of the world’s attention. The Championships at Wimbledon is the most prestigious tennis tournament on earth, and with a 40 percent hike in prize money this year, it’s also the richest. Wimbledon Park, home to the All England Lawn and Tennis Club (AELTC) grounds, is a tiny village within the borough of Merton with a population of just 10,000 .

As many as 500,000  people attend the matches during the two-week event – and that figure doesn’t even include the legions of staff and volunteers who work within the grounds and in the surrounding areas, helping to make the Championships run like clockwork. Merton Council member Nick Draper, cabinet member for Communities and Culture, says that the main benefit of having such a world-renowned sporting event in the borough is the international prestige. “If Merton hadn’t got Wimbledon tennis, it would still be a nice, pleasant borough to live in,” he explains. “But Wimbledon has an internationally famous brand, and no other outer London borough has that.”

Such a huge operation obviously leaves a footprint. Not everyone in Wimbledon embraces the tennis – roads around the grounds close, buses are rerouted, seemingly endless queues clog the pavements and vast swathes of parkland are taken over by visitors and turned into tent cities with raucous all-night parties. In recent years, there has been another complaint – since the addition of the £80 million retractable roof on Centre Court, headline matches have continued on long into the night. That leaves Centre Court emptying 15,000  spectators, and another 5,000  or so from “Henman Hill,” into the streets with public transport not exactly regular at that time of night. Last year, Andy Murray’s third-round match against Marcos Baghdatis extended two minutes past the 11 p. m. town curfew. Councillor Nick Draper indicates that the curfew extension granted in 2012 was a one-time exception that isn’t likely to be repeated.

Historically, one of the main issues for local people is that a lot of the money sloshing around inside the high walls of the tennis club never makes it into the local area. The All England Club posts multi-million pound profits every year, most of which ends up in the pockets of vast multinational companies. Councillor Draper explains that the All England Club is a private company. “They have a cordial relationship with the borough, but they’re their own boss and a little bit separatist,” he says, adding, “In an ideal world, there would be a closer relationship.”

A world-class sporting event in the area is a huge boost for local business owners. In addition to jobs at the restaurants, bars, kiosks and gift shops inside the AELTC, 200 residents, mostly retired, are employed by the Championships as drivers for players and officials. The ball kids are selected from local schools, a badge of honor that will remain with them for the rest of their lives. A little-known fact is that proceeds of the resold tickets at Wimbledon go to supporting local charities.

Wimbledon Village is completely transformed during the fortnight, draped in green and purple. Richard Amon, owner of the boutique nightclub, The Watershed, says that his staff loves Americans. “They actually tip,” he remarks. “And Aussies are always great fun, too.” The 16th century Rose and Crown pub is jammed to the rafters with revellers from all corners of the globe, and several bars apply for permits to stay open later. Quiet suburban pubs are transmogrified into trendy bars by hoards of tennis fans.

Fancy a hotel in Wimbledon during the tournament fortnight? Be prepared to book up to a year in advance, and be prepared to pay at least double the going rates, too. Many of the players eschew hotels in favor of renting some of the grand old houses of Wimbledon Village. Property prices at the top of the hill are amongst the highest in London, which of course in turn are some of the highest in the world. Roger Federer is known to always rent the same house, although the exact address is a closely guarded secret.

Living in or around Wimbledon gives residents a sense of pride and identity beyond the vast London metropolis. When you’re from Wimbledon, everyone knows your postcode is SW19, and everyone wants to talk about tennis.