Marion Bartoli has always been a quirky and colorful personality.  From her time as a professional to her more recent stints as a commentator and coach, the Frenchwoman has never shied away from speaking her mind.  Her most recent comments have made some waves, however, as she suggested that because doubles players “don't make the same effort as a single player,” their overall access to competition and prize money should be reduced and directed instead towards struggling, lower-ranked singles players looking to carve out a life on tour.  Bartoli is certainly entitled to her opinion on what would help solve the prize-money disparity that does need to be addressed, but nonetheless, her solution is misguided at best and outright disrespectful at worst. 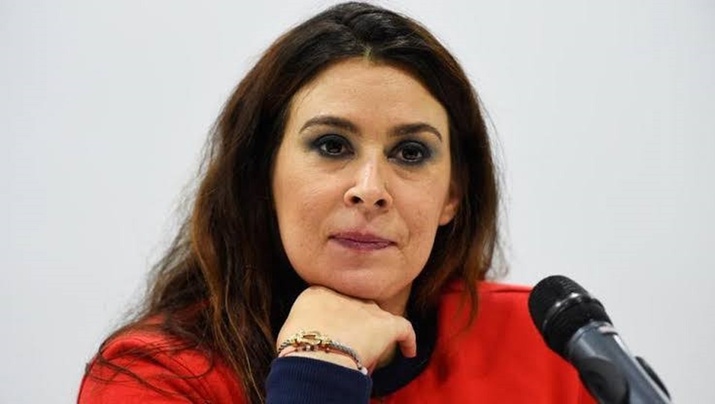 For starters, it is insulting to paint all doubles players with a broad stroke and assume they do not work as hard as singles players.  Yes, with two people covering one side of the court, doubles matches tend to not be as physically taxing, allowing players who compete in that area of the sport to typically have longer careers.  But that does not mean that many of them are not hitting the gym to be in top physical form the same as many singles players out there as anyone who has seen some of the best doubles specialists in the game can attest.  Nor do they fail to practice their on-court skills any more than singles players.  As doubles specialist Gabriela Dabrowski argued, most doubles players are not regularly seen out on the practice courts by fans primarily because the preferred practice times go to singles players.  But just because they are not readily seen does not mean the work and effort is lacking.

Suggesting that doubles does not need to be a regular part of tour events also shows a lack of respect for the skill set many of these players bring to the table, as well as what doubles means to tennis.  Doubles may be the junior partner in this sport, but doubles competition has pretty much been right there with singles throughout the decades.  It also showcases a whole different aspect of tennis, filled with what are arguably quicker reflexes, finesse shots, and creativity as combatants strive to probe for the winner or error on a court that psychologically feels smaller with two players rather than one on each side of it.  Even the most decorated of singles players venturing into the realm of doubles can be stymied by the skills some of the best, well-established doubles teams can produce.

Skills and work ethic aside though, the biggest issue with Bartoli's proposed solution is that it does not solve the problem.  If anything, it potentially creates more problems.  Funneling any cut in funds from doubles to singles now leaves virtually every doubles player struggling to make a living, which could ultimately lead to it fading away from the sport entirely.  Furthermore, in a time when tennis is moving towards more unity than ever, this proposal creates division and bad blood.  Doubles players already take a back seat when it comes to booking practice courts.  Only the most successful and well-established doubles teams make it onto the bigger show courts, and even then, it is only for the latter few rounds of a tournament.  Doubles has also already seen the rules changed to shorten their matches in an effort to entice more top singles player to compete.  And doubles players, who have to split their prize money, currently find themselves having to make deep runs to earn the kind of money that singles players earn when making an early exit.  Forcing them to give up more to further line the pockets of singles players is a sure recipe for resentment and possibly disaster.

In truth, there is no easy solution to the prize money conundrum, an issue that has come starkly under the microscope in this pandemic.  A variety of suggestions and potential solutions will need to be explored.  Perhaps a merger of the tours and a subsequent pooling of resources could be the answer.  Maybe it will be the legends at the top who will continue to voice the need to change the percentages of prize money that is doled out at each stage of an event, knowing that they can more than make up the difference in prize money at the business-end of a tournament with what they bring in with endorsements.  Still maybe some other solution will present itself.  But whatever the solution may be, it simply cannot be what Bartoli is suggesting.  If such a plan were to be enacted, it would be nothing short of a travesty for the sport of tennis.  So, meaning no disrespect to Bartoli, the powers-that-be should thank her for her suggestion and continue searching for a more viable and favorable option.