In the second round at the ATP Masters 1000 event in Madrid, they met for the second time at the tour level. In their first meeting just weeks ago on the dirt in Monte Carlo, Djokovic conceded a meager three games. Although the Serb won this match in straights, it was anything but a resounding victory. In just his sixth tournament of the season and second on clay, the world #1 is clearly lacking confidence, having lost early in Indian Wells, Miami, and Monte Carlo.

Djokovic appeared tentative and at times unsettled as he repeatedly retreated behind the baseline, allowing the 21-year-old American to dictate with his explosive forehand.Taylor Fritz, currently ranked #57, has played well during the clay court season including an impressive straight sets win over Grigor Dimitrov in the previous round after qualifying for the main draw. 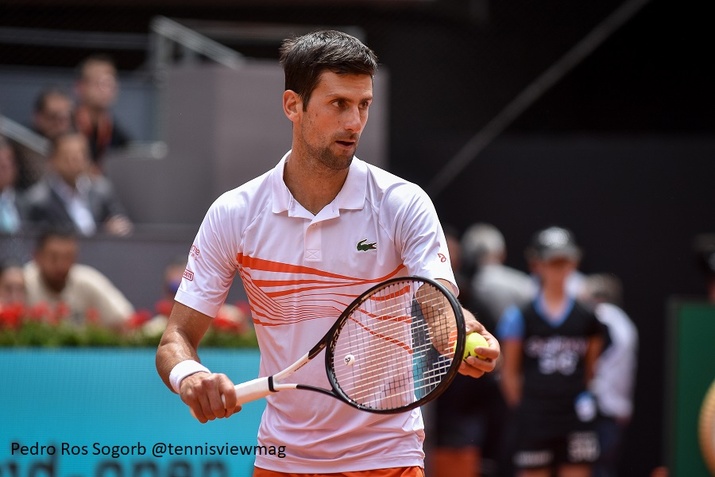 As they both held with relative ease through six games, Fritz blinked first as he faced double break point following a well-placed lob by Djokovic and dropped serve when his backhand sailed long.

It appeared that Fritz would immediately break back following a bizarre string of points from the Serb that included 3 aces, 1 double fault, and wild, shanked forehand. The American was unable to convert, missing wide with the crosscourt forehand and on the following point, overcooked another handing Djokovic the game and a 5-3 lead.

Fritz struck two huge aces and a brilliant inside-out forehand crosscourt winner to hold to 15, forcing Djokovic to serve for the set.

The world #1 managed to hold but it was not pretty throwing in a double fault and a wild, overcooked backhand. He finished the set with more errors than winners and was intermittently indecisive as he relinquished his court position, permitting Fritz to step inside the baseline and dictate off the ground.

Fritz served first in the second set and held to 15. Djokovic opened with an ace and finished with a delicate backhand drop shot winner to hold at love for 1-1. Frtiz came under fire in the following game as the errors off both wings began to mount including a backhand in the net on break point. 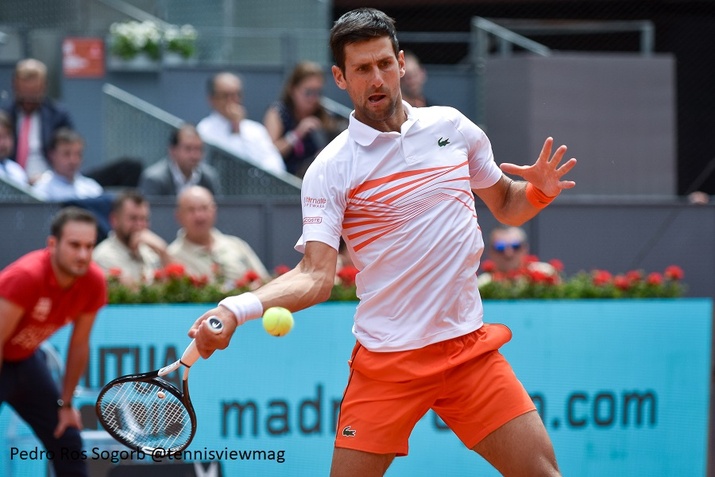 Djokovic consolidated the break with a forehand winner to lead 3-1. Fritz struggled to hold serve and faced break point when his lob sailed long, and Djokovic converted when his opponent’s backhand down the line missed wide.

Djokovic held easily for a commanding 5-1 lead. Fritz, serving to stay in the match, battled to hold to 30 and forced his opponent to serve it out. Djokovic wasted no time, converting his first of two match points with an outstanding forehand down the line winner.

Despite finishing with slightly more winners than errors, the world #1 is far from his best. Surprisingly and somewhat alarmingly, he posted more winners off the serve than the ground. Djokovic is customarily lethal from the baseline during extended rallies but today he clearly struggled as he and Fritz split the rallies over nine shots.

It gets only trickier from here as his side of the draw is stacked with fellow grand slam champions including Marin Cilic and Juan Martin Del Potro. It’s hard to imagine Novak Djokovic winning the calendar year grand slam when he has failed to reach a final since January but as the world just witnessed at the Kentucky Derby, longshots can be crowned winners too.