I remember once seeing a Steffi Graf practice session with her coach. The coach had marked a relatively large triangle in the middle of his side of the court. The idea was for Steffi to hit outside the triangle. Several years later when I was coaching professional players myself, I hated it when players hit short through the middle of the court because it told me that they were playing shots that resembled a “not to lose type of tennis”. Highlighting how these shots would be punished by competent opposition was something I had to address too much. I also wanted them to be able to dictate play. So, I established the triangle theory. 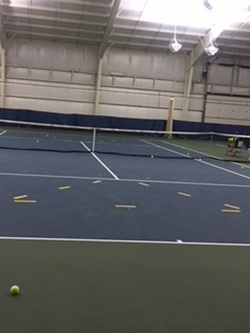 At the time of establishing this theory, I was coaching aggressive first strike players. Since then, I have used the triangle theory for all styles of players. For players who strike first and look to move forward and end points at net or by forcing the opponent into error, hitting the first 2 shots hard and aggressive outside the triangle after your serve or return should elicit an opportunity ball. If you are a counter-puncher or all-court player who works the points more, you may need to hit 4 or more consecutive shots outside the triangle before you earn an opportunity ball. This can vary for all players depending on variables such as the opponent, the pace, and penetration of your shots, the environment and surface, the quality of you play on a particular day and how well you are serving and returning on a particular day. On the other hand, if you hit inside the triangle, you can expect to be dictated. 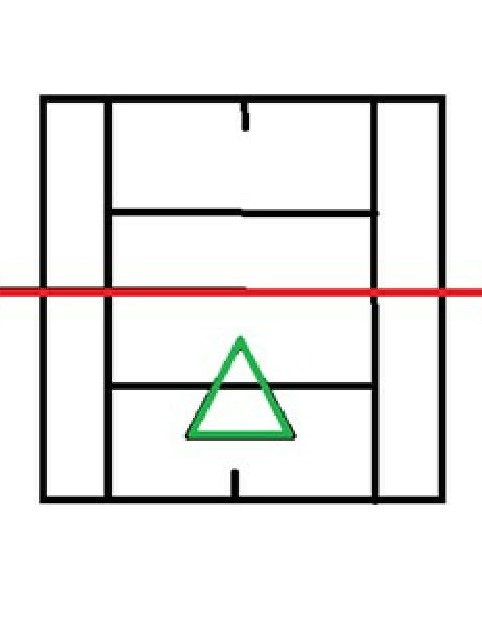 Watch how the pros dictate their points by hitting outside the triangle. I use videos of pro matches to prove this to anyone in doubt. Give the triangle theory a go. It works.

Tom Downs has coached on the WTA Tour and has worked with Rennae Stubbs, Elenda Dementieva, Vera Dushevina, Sam Stosur and Laura Granville. He has also worked with many highly-ranked ITF and USTA junior players. He was the Head Pro and Director of Coaching at the Harold Solomon Tennis Institute in Fort Lauderdale, Florida. Tennis View Magazine recently sat down with him to discuss the sport, coaching, and his career.