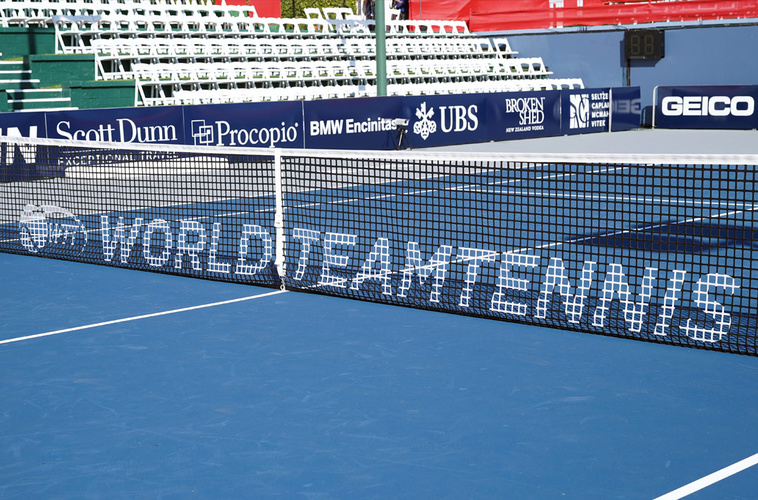 WTT has announced that each player will play the entire three-week regular season, scheduled for July 12-30, with the WTT Semifinals (Aug. 1) and WTT Final (Aug. 2) to follow.​

“I can’t wait for the WTT season to start,” Tiafoe said. “I’ve played WTT for the last three years on the Kastles for some of their home matches in D. C.  I’m excited to go to The Greenbrier to play there for the Kastles next month. Everyone knows 2020 has been a rough year so far. I am definitely looking forward to competing at such a historic venue in such a relaxed setting.”​

Added Sloane Stephens: “I’ve played WTT for, I think, six years now, and it’s always something I look forward to. Especially this year. I know we all miss playing tennis and seeing our friends on the tour, so I’m excited to get to The Greenbrier and get in that environment again. WTT always does such a great job with creating a fun, but competitive, season so I’m ready for that. Plus, I’m playing on Chicago’s team, which is cool because Kamau (Murray) is the coach, so that will be fun.”​

Kenin, the 21-year-old Floridian who currently sits at a career-high No. 4 singles ranking in the world, will play for the Philadelphia Freedoms. The Vegas Rollers will feature 2017 Wimbledon semifinalist Sam Querrey and the Bryan Brothers.​

“Our player rosters are the strongest we’ve ever fielded for a WTT season and include multiple players with Grand Slam titles,” WTT CEO Carlos Silva said. “We have a sampling of current stars like Sloane (Stephens), Sofia (Kenin), Vegas Rollers teammates Sam Querrey and Mike and Bob Bryan, as well as a look at tennis’ future impact players with Brandon Nakashima and Caty McNally. Tennis fans are starving to see some great action on the courts and that’s what we plan to deliver all season.”​

World TeamTennis’ schedule will include at least three matches per day at Center Court at Creekside, The Greenbrier’s outdoor stadium. Fans can purchase tickets at www.WTTTickets.com.​

The following are the player rosters and coaches for the 2020 WTT season (subject to change with future additions):

All of WTT’s 2020 regular season and playoff matches will be televised on CBS, CBS Sports Network, Tennis Channel or the ESPN family of networks. In addition, select matches will be live-streamed on ESPN+, Facebook Watch or WTT.com. World TeamTennis’ complete season broadcast schedule will be announced on WTT.com at a later date.​

Safety guidelines have been put into place by World TeamTennis with guidance of local and state government officials in West Virginia and an adherence to all health and safety protocols set forth by the Center for Disease Control (CDC) due to the ongoing COVID-19 pandemic. Every fan at The Greenbrier will be required to pass a temperature check of 100.4 degrees before entering the grounds. All fans will be checked a second time before entering the outdoor stadium, Center Court at Creekside, or indoor court for any matches and will be denied entry should they fail the temperature check.​