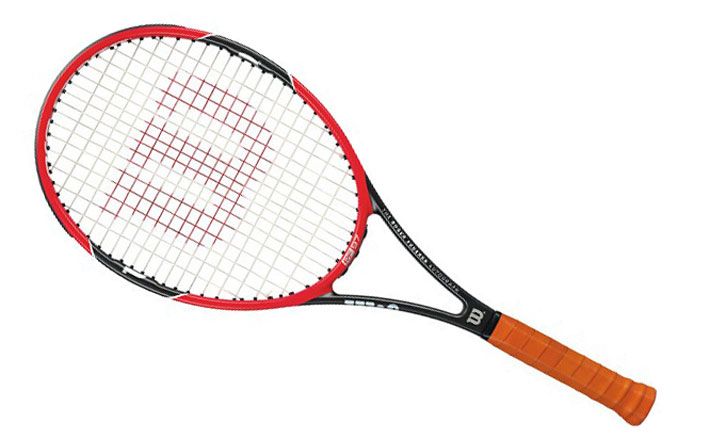 We spent months watching, waiting, and gnashing our teeth while Roger Federer tested and played with a blacked-out prototype racquet.  Discussion and debate about the new frame was feverish, but concrete details were scarce, leaving Fed fans to wonder about the new frame's specs.

Then, midway through August, the suspense finally ended with the unveiling of the new Wilson Pro Staff 97 RF Autograph.  The 97 RF weighs in at a beefy 12.0 ounces unstrung and is 12 points headlight.  It features a 16x19 string pattern and boasts a 21.5mm beam that is significantly thicker—and more powerful—than the 17mm beam of Roger's previous frame.

On the court I thought that the Pro Staff 97 RF handled like a dream.  From the very first shot, the RF 97 plowed through the ball, allowing me to confidently hit with precision and pace.  The frame's hefty weight provides plenty of stability during hard-hitting rallies, but the weight can be a double-edged sword.  The frame can become a little cumbersome in the latter stages of a hard-fought match.  The 97 RF's heft also makes it a little harder to whip through the strike zone, though I was able to generate plenty of topspin.

At the net, the Pro Staff 97 RF also performed well.  It felt solid when sticking hard volleys but still offered enough feel for me to dig out low balls or drop touch volleys over the net.

Serving with the 97 RF was enjoyable too.  Serves were easy to place and I had no problem smacking big first serves when I needed them, though I wouldn't have minded a bit more pop.  Still, that's a small tradeoff considering how great the frame performs across the board.

In the end, it's no wonder that Roger agreed to put his stamp of approval on this frame, because it's one sweet stick.  I'm sure he squeezes way more performance out the frame than I ever could, but I can definitely understand why he likes it—even if the hefty weight makes it a little daunting for us mere mortals.  If you're an advanced all-court player, get your hands on a demo version as soon as you can because the Pro Staff 97 RF is a must-try frame that delivers serious performance.