Who Sizzled, Who Fizzled Out of the Gate This Season

Despite the short offseason, many leading contenders on both the men’s and the women’s tours returned to action near New Year’s in tournaments from Australia to the Middle East.  Here’s a look at who sizzled and who fizzled during the first week of the 2013 season. 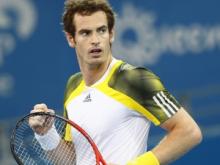 Novak Djokovic:  After two victories at an Abu Dhabi exhibition over Spaniards Ferrer and Almagro, he won three of four singles matches at the Hopman Cup in Perth.  Producing scintillating form for periods without needing to sustain it for long, he suffered a strange loss to Tomic but won all of his other encounters uneventfully.  The exhibitions seemed an ideal way for Djokovic to prepare for Melbourne in a setting where he could gradually regain his rhythm without facing too much pressure or too stern a slate of opponents.  He will spend the next week practicing before he attempts to become the first man to win three straight Australian Open titles in the Open era.  Ad-in 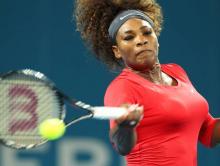 Serena Williams:  In an upset-riddled Brisbane draw (see below), she never faced an opponent in the top 20 as she rolled to the title without losing a set.  Serena now has won 32 of her last 33 sets overall and has become the overwhelming favorite on the women’s side in Melbourne, historically her best major.  Dropping her serve only once all week, she showed the sort of intensity that she rarely brings to small tournaments, quite a contrast to her disinterested play at this time last year.    Ad-in

Andy Murray:  He began the 2013 season exactly as he had begun the 2012 season:  going three sets against a heavy underdog in his first match of the year before regrouping to win the Brisbane title.  Having suffered an understandable hangover after his breakthrough at the US Open last fall, Murray jumped back into the winner’s circle at an ideal moment for reasserting himself as Djokovic’s principal threat in Melbourne.  Like Djokovic, he did not play his best tennis for extended stretches, and, like Serena, he did not face a murderer’s row of opponents.  But he stood up to his status as the top seed amidst some difficult emotional circumstances that emerged during the trophy ceremony.  Ad-in 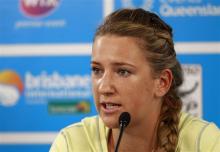 Victoria Azarenka:  Cruising through her first three matches, she showcased her usual crisp return game in a victory over an inspired Sabine Lisicki.  Then a pedicure gone bad forced her to withdraw on the eve of yet another clash with Serena.  This minor injury should not significantly hamper the rest of her preparation for Melbourne, where she mounts the most significant title defense of her career.  Deuce

Ana Ivanovic:  Through her round-robin matches at the Hopman Cup, she looked poised and formidable in dismantling opponents ranging from a veteran (Schiavone) to a rising star (Australian Ashleigh Barty).  When the first signs of pressure arrived, however, Ivanovic quickly became flustered and erratic, much as she has over the past few years.  Deuce

Janko Tipsarevic:  Falling a tiebreak short of winning Chennai last year, he made sure not to let the 250 tournament in India escape him this year.  But Tipsarevic, the second seed, did not greatly impress in three-setters against Aljaz Bedene and Roberto Bautista-Agut, players normally well below his talent level.  Deuce

Brisbane finalists:  On the women’s side, Anastasia Pavlyuchenkova bounced back from a demoralizing 2012 in which she won only ten matches.  The unseeded Russian delivered consecutive victories over top-eight opponents for the first time, ousting lefties Kvitova and Kerber in straight sets.  Meanwhile, Bulgarian Grigor Dimitrov reached the first ATP final of his career after defeating two seeded foes, including the second-seeded Raonic.  Extended to third sets in their semifinals, both Pavlyuchenkova and Dimitrov showed resolve in escaping those threats.  The Bulgarian, often likened to Federer, also competed creditably against Murray in the final and nearly snuck away with a set.  Ad-in

David Ferrer:  Crushed by Djokovic in an Abu Dhabi exhibition, he advanced methodically through his first two rounds in Doha before the faded Davydenko swept past him.  While the first of those results should not surprise, the second rang some alarm bells as the Spaniard prepares to claim the fourth seed in Melbourne after a productive but exhausting 2012 season.  Ad-out

Petra Kvitova:  Desperately needing some momentum after a dismal fall, she dropped two of three matches in Brisbane and Sydney.  The latter of those, a rout by the diminutive Cibulkova, unmasked her lack of confidence in nearly every area of her game, not a good sign for someone who defends semifinal points in Melbourne.  Ad-out

Bernard Tomic:  The controversial Australian prodigy lost only one set in three matches against top-25 opponents at the Hopman Cup.  Granted, the Perth event is only an exhibition, but his confidence must have risen prior to his home major, and the sturdy competitive effort in a comeback victory over Haas recaptured some of the fans whom he had alienated.  Ad-in

Sam Stosur:  Accustomed to faltering before her home fans, the Aussie #1 executed her latest fold on native soil by losing to Sofia Arvidsson in her Brisbane opener.  Fortunately for her, she defends nothing in Melbourne after exiting in her opener there as well last year.  Ad-out 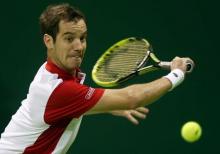 Richard Gasquet:  An unlikely world #10 in view of his inconsistent results, he produced an uplifting week as the second seed in Doha that culminated with a comeback against Davydenko in the final.  The 250 title marked just the second of Gasquet’s career on an outdoor hard court, a surprising fact in view of his talents.  His uncharacteristic resilience under pressure boded especially well for Melbourne.  Ad-in

Tomas Berdych:  Another unreliable member of the top 10, he fell flat as the top seed in Chennai by losing his second match to the unknown Bautista-Agut in three sets.  That type of performance illustrates why the exceptionally gifted Berdych continues to fall short at majors, where champions must sustain their form throughout an entire fortnight.  Ad-out