It wasn’t Serena or Maria.  Nor was it Vika or Li, or even a one-time Grand Slam champion like Petra Kvitova or Ana Ivanovic.  Neither of the Indian Wells women’s finalists had won a major title, accounting for just one finals appearance between them.  In fact, neither of them ever had reached the final at the BNP Paribas Open before, and for one of them it was the most significant final of her career.

But it was an intriguing matchup between two women who know how to construct points and maneuver around all corners of the court.  Neither Agnieszka Radwanska nor Flavia Pennetta can unleash blistering shot-making that overpowers opponents from the first ball, like the more familiar champions of the WTA.  On the other hand, Radwanska and Pennetta each can produce balanced, steady tennis with few clear weaknesses to probe.  That is why the first of those women has become a regular in the WTA top five, and why the second has revived her career at age 32 to reach the top 15. 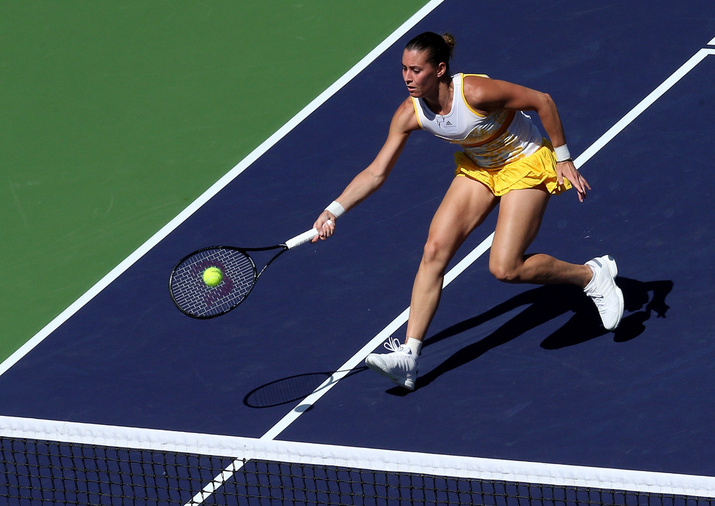 A key question hanging over this match concerned whether Pennetta could master the moment.  She entered the final as a heavy underdog despite defeating Radwanska on the same surface last month in Dubai.  As the 20th seed, though, Pennetta already had upset top seed and world No. 2 Li Na in a strange semifinal riddled with unforced errors.  That victory marked her third of the year over a top-10 opponent.  Pennetta also had overcome the challenging conditions of a sandstorm against home hope Sloane Stephens, outlasting the American in three sets.  Still, she had not played a match of this magnitude before, never having reached the final at a major or at a Premier Mandatory tournament.  And her record in finals stood at a meager 9-13, a sharp contrast to her opponent’s sparkling 13-5 mark.

The world No. 3 aimed to become the only active woman beyond Serena Williams and Victoria Azarenka to have claimed titles at both Indian Wells and Miami.  In addition to her Miami title in 2012, Radwanska had won the other Premier Mandatory hard-court event in Beijing.  She also had shown her ability to rise to the occasion on the grandest stage of all by extending Serena Williams, the greatest player of her era, to the third set of a Wimbledon final.  At the 2014 BNP Paribas Open, Radwanska had defeated two dangerous top-eight players in Jelena Jankovic and Simona Halep.  Her semifinal victory over Halep had reversed the result of their Doha meeting in February, so she would have felt confident of doing the same against Dubai nemesis Pennetta.

Unlike many of her compatriots, Pennetta can project plenty of power from the baseline.  But the Italian faced the daunting task of balancing that power with sufficient consistency to hit through Radwanska’s suffocating court coverage without donating too many unforced errors.  Pennetta would need to claim the role of the aggressor as the Pole settled into her counterpunching comfort zone. 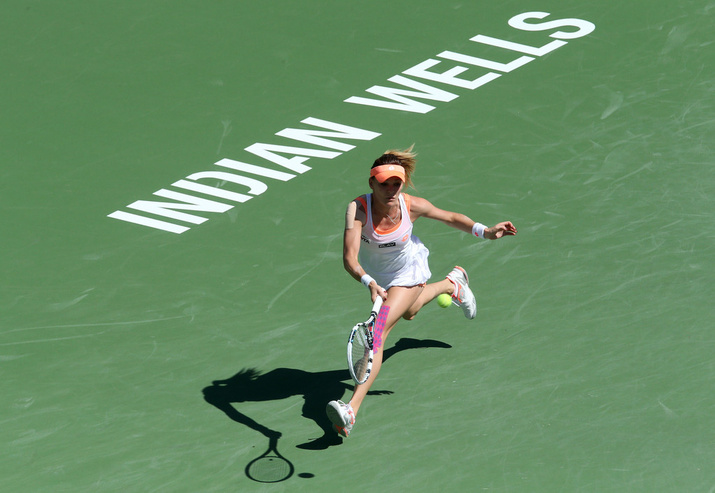 The first four games of the final unfolded according to expectations.  Neither woman could overwhelm the other with her serve, so each game went to deuce after a series of long rallies.  The two finalists transitioned smoothly from defense to offense and from the baseline to the forecourt, engaging in several cat-and-mouse exchanges near the net.  Radwanska and Pennetta also took their chances on second-serve returns, finding imaginative angles for clean winners.  Untroubled by debutante nerves, Pennetta faced only one break point in that span.  She saved it with a bold challenge that stopped play but revealed that she had seen the ball correctly.  That boost seemed to embolden the Italian, who claimed the first break of the final in the next game.

Pennetta may have drawn first blood, but the early break did not seem like a vital blow.  To pull off the upset, she would need to string together long sequences of clean tennis against Radwanska’s agile defense.  During the latter stages of the first set, however, Pennetta answered the bell.  She constructed points effectively by often hitting behind Radwanska to keep her off balance.  Perhaps the Pole felt the pressure of the heavy favorite to win this marquee title.  At any rate, her vaunted control deserted her as she donated more unforced errors than she usually does.

The first set ended with a convincing 6-2 scoreline for the Italian underdog, seeking her first title in four years.  Pennetta probably recalled losing her last two finals after winning the first set in each of them, so she knew that the battle was not over.  After the first game, though, the energy drained out of the stadium when Radwanska summoned the trainer.  A left leg injury required a medical timeout, and she did not return as the same player.

Although Radwanska would earn her second and last break point in the next game, the injury clearly hampered her movement along the baseline.  She dropped the last six games of the tepid second set, ending the match with just 10 winners against 29 unforced errors.  Almost never does one see such a poor ratio from a woman who makes her living from her consistency.  Just as a heavy server struggles to cope with a shoulder injury, a quick-footed counterpuncher like Radwanska struggled to cope with an injury that undermined one of her greatest strengths. 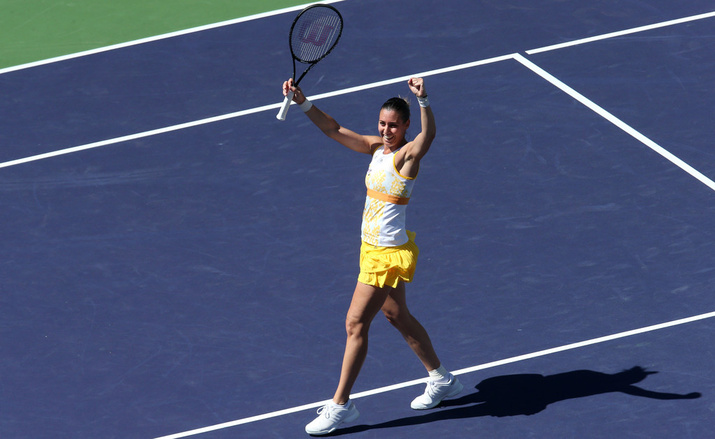 As disappointing as it was, the injury to the world No. 3 should not diminish what Pennetta accomplished in winning the most significant title of her career.  The Italian will rise to the brink of the top 10 at No. 12 by winning the 2014 BNP Paribas Open, where she scored her first pair of consecutive victories over top-five opponents.  Pennetta has won four of her five clashes with top-10 foes this year, showing that she still can compete with the elite at age 32.  She stayed within herself for most of the final, including the period before injury overtook Radwanska.  When the injury did strike, Pennetta stayed focused and steady from the baseline rather than allowing events across the net to distract her.

The last few years have seen a series of Italian women rise to excel at the highest levels of tennis.  First among them was Francesca Schiavone, who sprung one of the most stunning surprises in recent memory by sweeping to the Roland Garros title in 2010.  Then came Sara Errani, who reached the Roland Garros final a year later while rising with compatriot Roberta Vinci to the top ranking in doubles.

Those Italians had enjoyed their greatest successes on clay, the surface on which they honed their games.  At least as comfortable on blue asphalt as on crushed red brick, Flavia Pennetta has poised herself to extend her nation’s achievements to venues far from home.