The Porsche Grand Prix semifinals for Saturday are set, and they are loaded with familiar names fighting to set a good tone for the clay season in Europe. Naomi Osaka will face Anett Kontaveit. Petra Kvitova faces Kiki Bertens.

Asked to preview her semifinal match, Osaka struggled to recollect statistical details from her past with her opponent but is familiar with her game: “I don’t remember when I last played her but I do know it was last year. And I feel I’ve played her multiple times. I could be wrong but that’s how I feel and I think we both know how the other plays.” In fact, they have played each other three times, including an ITF event in 2015. Osaka won each of their matches, but they have both come a long way since they last met in Dubai in 2018. 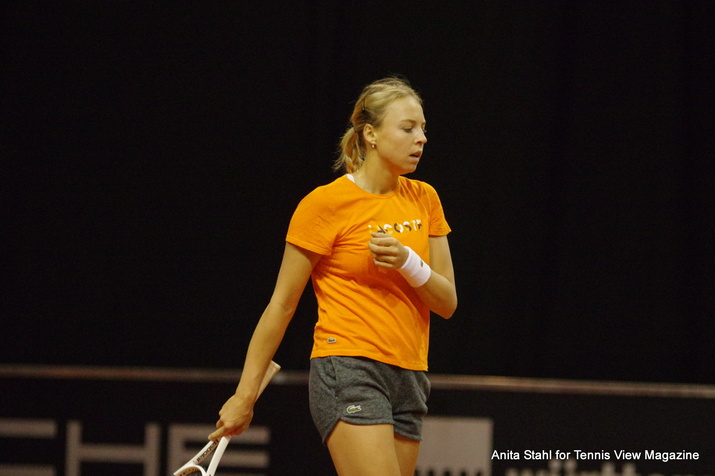 Kiki Bertens and Petra Kvitova have an even two matches each in their head-to-head. Kvitova won their only clay encounter, in Madrid finals last year. Bertens knows it will be a challenge: “It’s going to be a tough match. I think Petra is having a really good year so far, playing some great tennis. It’s going to be a really tough battle but I’m looking forward to it and hopefully I can play the same game as I played today.”

Petra Kvitova will particularly keep an eye out for Bertens’ serve: “well I heard that she hit so many aces last night. It will be about the serve for sure indoors, and she likes to play aggressive sometimes as well with her forehand. So, I think that she is going to miss it a lot.” She laughed at her Freudian slip and quickly corrected herself: “sorry, ‘mix’ it! I’m a little bit tired guys, sorry.” Her slip of the tongue was not wrong. While Bertens leads the tournament in aces, with an average of 9.7 per match compared to Kvitova’s 5.5, Bertens also ranks high for double faults in her low margin serve. She has double faulted eleven times, which is almost twice as much as Kvitova in this tournament.