Still On Top Down Under: Errani, Vinci Defend Doubles Title

If there's anything to take away from the 2014 Australian Open, it's the success of the Cinderella story. Luksika Kumkhum and Roberto Bautista-Agut were the darlings of the first week, as they sent Petra Kvitova and Juan Martin del Potro packing in early losses. The second week featured the earlier-than-expected exit of Serena Williams, Agnieszka Radwanska's quarterfinal mastery of Victoria Azarenka, and Dominika Cibulkova's and Stanislas Wawrinka's upset-riddled runs to their first slam finals. With surprising results throughout singles draws, the tournament has certainly not been short on magical stories. 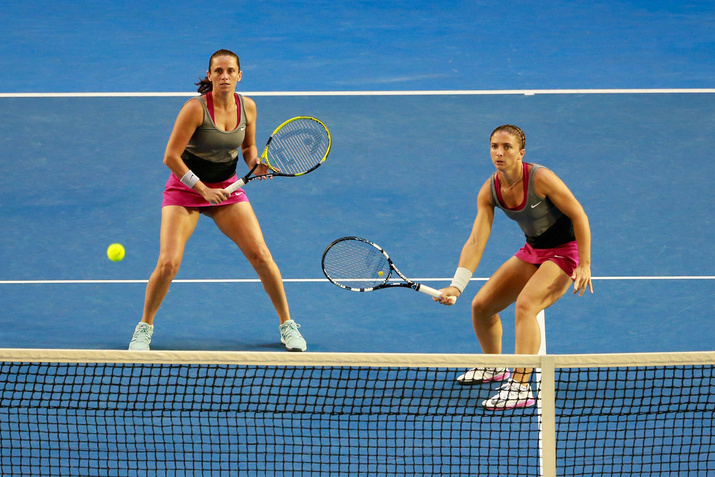 The story in the women's doubles tournament, however, was clear from the start. When, not if, would Sara Errani and Roberta Vinci relinquish their No. 1 ranking? The WTA's headlining BFFs were coming back down to earth in singles, and the field was beginning to catch up with them in doubles. After all, the Italians had a less-than-stellar 2013, which saw them win just three titles a year after they captured eight.

One of those titles in 2013 came in Melbourne Park, where they impressively defeated the Williams sisters in come-from-behind fashion and temporarily put a lid on at least one ever-present rankings debate. Looking to become the first team to defend their title since those very Williams sisters did so in 2009-10, the Italians looked on their way out in the second round after dropping the first set to Kaia Kanepi and Renata Voracova, 6-1. After pocketing a pair of 6-1 sets themselves to come through that test, the Italians dropped just one set the rest of the way to reach their third consecutive Australian Open final.

On the other side of the draw, the story was about who. Who would be the ones to take the Italians' No. 1 ranking away? With the second-round exit of No. 2 seeds Peng Shuai and Hsieh Su-wei, the reigning Wimbledon and Istanbul champions, the draw opened up for the No. 3 seeds, Ekaterina Makarova and Elena Vesnina. The Russians came through their section battle-tested, having been pushed to three sets in the fourth round, quarterfinals and semifinals. They were even forced to save match point in that quarterfinal clash against Lucie Safarova and Andrea Hlavackova. 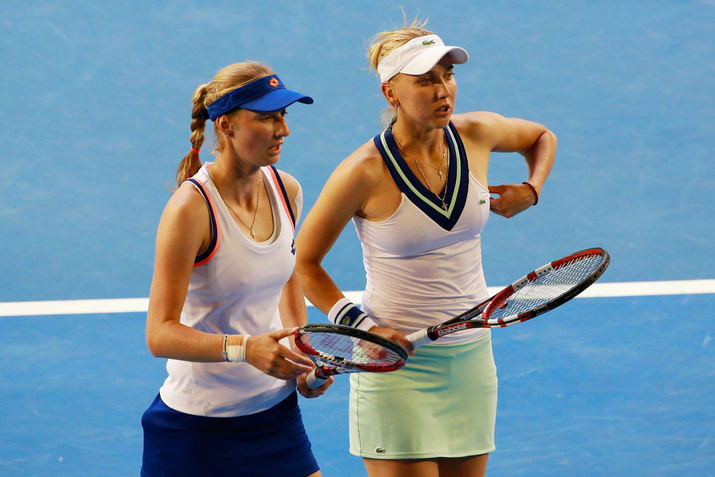 With the championship match set, the objective for the Russians was now simple. Win, and Vesnina would ascend to No. 1 with Makarova right behind her at No. 2.

Having lost their last two meetings to the Russians, and with so much on the line, the Italians came out motivated. Solid play saw them take the opening set 6-4. The Russians broke early in the second set and took a 3-0 lead, but Vesnina's serve deserted her en route to being broken for 2-3. From there, however, they righted the ship and capitalized on mistakes from the Italians to take the second set, 6-3.

Despite falling behind an early break, the Russians were not about to go quietly. Five games in a row for the 2013 French Open champions ensured that they would have not one but two chances to serve for the championship with a 5-2 and then (if necessary) a 5-4 lead. With the No. 1 ranking in sight, and the pressure of being 1-6 in major doubles and mixed doubles finals on her shoulders, Vesnina crumbled. Try as she might, Makarova could not save her.

And thus, the comeback began.

The Russians fell behind 0-30 behind Makarova's lefty serve at 5-2 and were eventually broken by a Vinci volley winner. Vinci held serve to force Vesnina to serve for the title. After being handed a double fault to open the game, Errani and Vinci needed no further invitation. They charged through the open door and broke Vesnina to level at 5-5. By then, the Russians' spirit had been broken in addition to both their serves. The top seeds dropped just one point in the final two games en route to a 6-4, 3-6, 7-5 victory. Vinci fired a forehand winner on match point to secure both the pair's fourth slam title and their place on top of the world for at least another week. 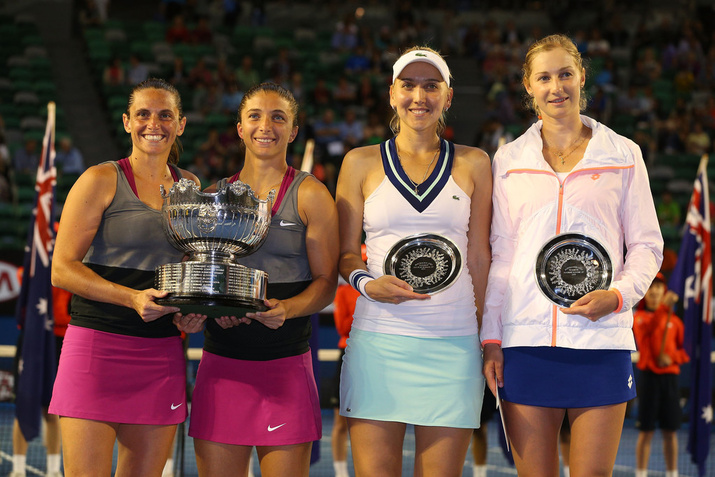 They might have been the favorites on paper with the No. 1 seeding next to their names, but Sara Errani and Roberta Vinci's comeback victory over Elena Vesnina and Ekaterina Makarova in the women's doubles final proved to be another chapter in the book of this magical Melbourne fortnight.