A front-loaded WTA calendar completes three of four Premier Mandatory events by the middle of May.  The sequel to Indian Wells and Miami unfolds side by side with the ATP Masters 1000 tournament in Madrid.  Extending across nine days, the event offers most of the top players their first encounter this year with the outdoor red clay that many of them disdain.  The altitude in Madrid can create some unusual upsets and subplots too. First quarter:  Two-time defending champion Serena Williams has experienced her share of ebbs and flows in this young season.  While Serena has dominated strong fields at Brisbane and Miami, she also has lost matches to Alize Cornet and Jana Cepelova.  An undefeated record on red clay last year leaves her with much to defend during the coming weeks.  Serena’s durability remains a concern after chronic injuries have troubled her in 2014.  Still, she should overpower clay specialist Carla Suarez Navarro despite the confidence that the Spaniard will bring from winning her first title in Portugal.

Of greater interest is a matchup with Indian Wells champion Flavia Pennetta, who has risen to the occasion repeatedly at key tournaments over the last 12 months.  While Pennetta has struck several blows against Serena’s sister, Venus, she has found the younger American a tougher nut to crack.  And the Italian may need a powerful nutcracker to dispatch Lucie Safarova in the first round, soon after the mercurial Czech nearly upset Maria Sharapova in Stuttgart.  Another mercurial Czech holds a top-eight seed despite three opening-round losses and no semifinals in seven tournaments this year.  Petra Kvitova has edged within range of upsetting Serena on a hard court but never has sealed the upset. 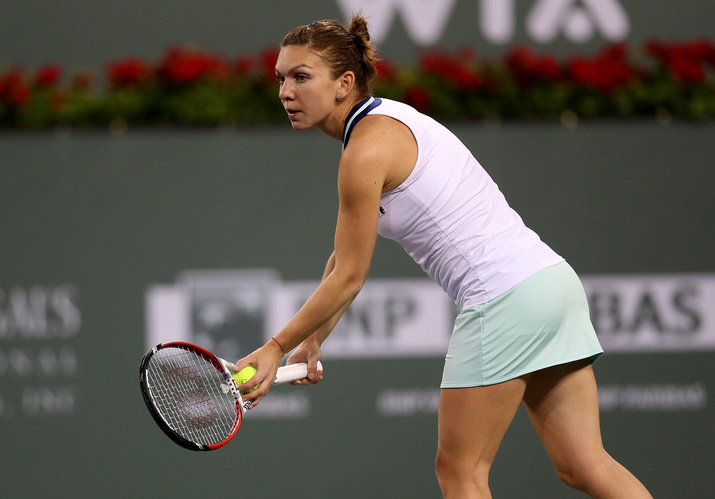 Second quarter:  Handed a top-four seed in the absence of Victoria Azarenka, Simona Halep hopes to improve on her early exit in Stuttgart.  The world No. 5 began her career transformation on clay, her favorite surface, and she can hit through it with more power than one might expect for her size.  At the altitude of Madrid, the explosive serve of Sabine Lisicki might prove a threat more dangerous to Halep than on most clay courts.  Lisicki makes her living during the grass season, however, as does the nearby Tsvetana Pironkova.  Clay specialist Irina-Camelia Begu reached a semifinal in Portugal last week and could launch a brief run.

The all-Serbian meetings between Ana Ivanovic and Jelena Jankovic rarely disappoint in terms of emotional intensity, although they recently have disappointed in drama.  Ivanovic has regained control of this matchup by sweeping her last three meetings with her countrywoman, including a comfortable victory in Stuttgart.  They could meet again in the third round if Jankovic can avoid fast-rising star Elina Svitolina and chronic nemesis Anastasia Pavlyuchenkova.  This Russian continues to perplex with her inconsistency but won her biggest title to date in February.  Sometimes vulnerable to heavy servers, Ivanovic faces her own early-round challenge in the reckless ball-striking of  Madison Keys.  This section contains plenty of talent and thus uncertainty. 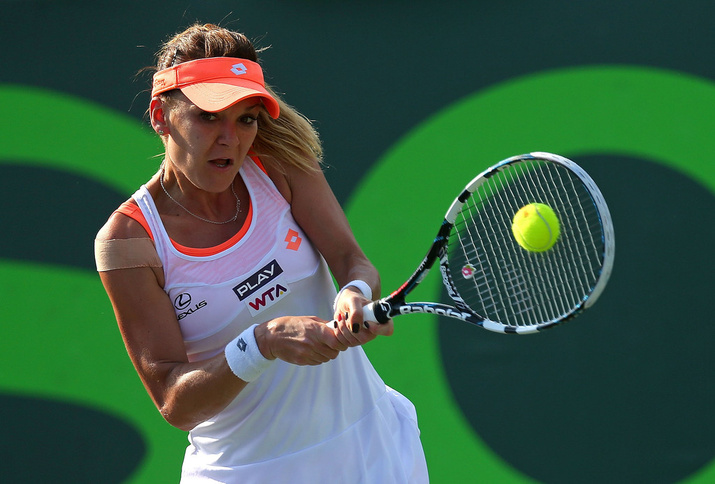 Third quarter:  Few women gifted on clay loom in this section, anchored by third seed Agnieszka Radwanska.  The Polish counterpuncher faces a daunting test straight out of the gate in Canadian phenom Eugenie Bouchard.  Both women would choose any other surface but clay to play a critical match, so the winner’s second-round opponent will hold a clear surface edge.  Arriving from her first final since early 2011, former Roland Garros champion Svetlana Kuznetsova will feel confident of scoring an upset over Radwanska or repeating last week’s victory over Bouchard.  But Kuznetsova cannot overlook Alize Cornet, who has defeated Serena and Radwanska already in 2014.  In these surroundings, the clay-averse Caroline Wozniacki almost feels like an afterthought.

Still lingering near the edge of the top 10, Sara Errani must use the next two months to rejuvenate her morale on her best surface.  She began her Madrid campaign with a Saturday victory over Andrea Petkovic, who has posted impressive results recently.  An all-Italian battle against 2010 Roland Garros champion Francesca Schiavone would treat spectators to a display of classic clay-court tennis, rare in the WTA.  Bounced early in Stuttgart, Angelique Kerber has remained dormant since reaching a Premier Five final at Doha in February.  This soft section might give Maria Kirilenko a chance to compile match play as she returns from injury. 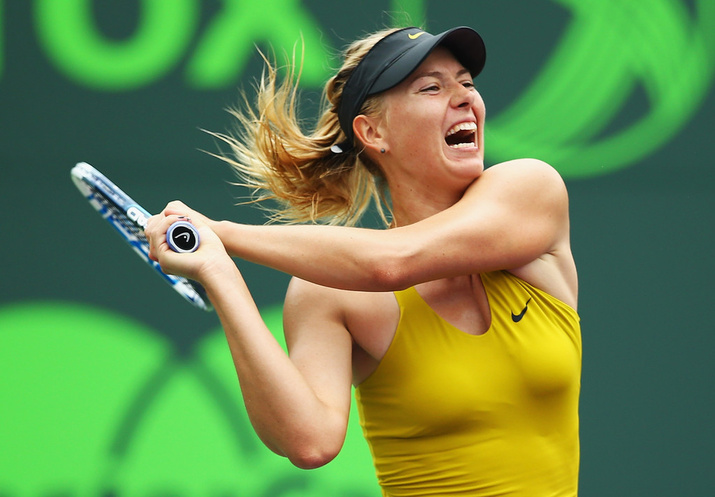 Fourth quarter:  Two of the last three Roland Garros champions tower over this section, one of them literally.  After securing her first title of the season in Stuttgart, Maria Sharapova hopes to claim the only marquee clay crown that has eluded her.  The tenacity of Klara Koukalova (formerly Zakopalova) has troubled Sharapova on clay before, but her first real threat probably will come from Dominika Cibulkova.  The Australian Open runner-up defeated Sharapova during that fortnight and owns a Roland Garros victory over her, albeit in extenuating circumstances.  A shoot-out of heavy forehands between Cibulkova and young Spanish talent Garbine Muguruza would intrigue, assuming that the small Slovak can handle the kick serve of Samantha Stosur.

No single woman has dominated the 2014 season so far, but Li Na has made a strong claim to be the first among equals.  The world No. 2 followed her second major title at the Australian Open with a semifinal at Indian Wells and a runner-up result at Miami, both without playing her best tennis.  Li could mount a charge toward the top ranking if she produces strong results on clay, where she has little to defend, and Serena falters there.  A bevy of qualifiers in her vicinity and the dismally slumping Sloane Stephens should offer little resistance before the quarterfinals.