As to be expected on Day 1, the top seeds in the Women's draw overwhelmingly dominated their matches on Sunday at Roland Garros. On a day threatened by rain, third seed Agnieszka Radwanksa failed to hold serve early but gradually heated up on the red clay, separating from Zhang Shuai en route to a 6-3 6-0 victory. The Pole took the last nine games and became the first player into the second round at Roland Garros. 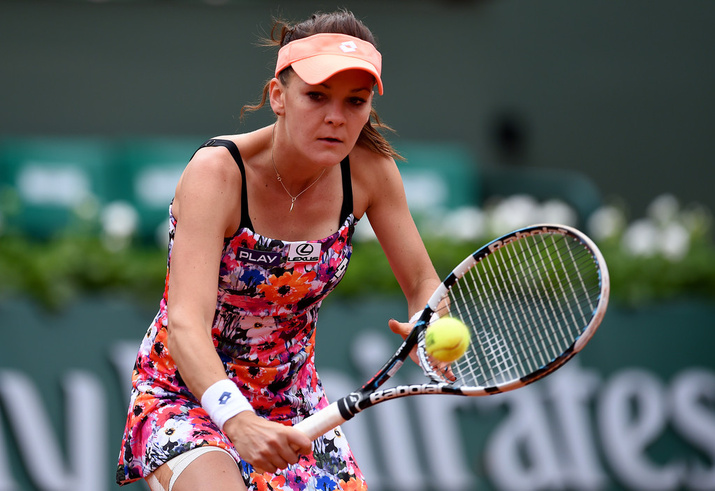 Admittedly, clay has not been Radwanska's best surface, “Clay is not really my favorite surface, but I'm trying,” she said after the match. The former Wimbledon finalist hopes to better her quarterfinal run of last year, her best result in Paris.

Like her younger sister, Serena, Venus Williams impressed while advancing to the second round behind a 6-4, 6-1 win against Belinda Bencic of Switzerland. Williams overcame an early Bencic break, taking control of the match late in the first set. Looming ever closer for Venus is a potential thir- round match against Serena. Venus has not defeated her sister since 2009 and fell to her in the 2002 French Open final, their only previous encounter at Roland Garros. With questions as to the elder Williams sister’s future, Venus put her status in perspective. “I’m just trying to hopefully stay alive myself as an older player,” she said. Both sisters still have some work to do before this match materializes.

Elsewhere, in one of the more competitive matches of the day, veteran Daniela Hantuchova overcame a one-set deficit to Jelena Jaksic of Serbia to reach the second round. The 31-year-old dropped the first set to the world No. 103 and later found herself a break down in the third set before coming back for a 2-6, 6-2, 6-4 win. Hantuchova will meet Claire Feuerstein of France next.

It was a good first day for the Americans, who were represented by others besides the Williams sisters. Varvara Lepchenko was impressive in defeating Petra Cetkovska in straight sets, while young American Lauren Davis battled veteran Russian Yaroslava Shvedova. The up and comer easily took the first set before Shvedova returned the favor, beating the rain to win the second sew before play was interrupted until Monday morning.

Meanwhile, it was a difficult first day for the Chinese women. While the country still has a strong hope to win the title in Li Na, two of their top players were eliminated when world No. 34 Shuai Zhang fell to Radwanska and later Zheng Jie lost in three tough sets to Anna Schmiedlova of Slovakia.