ROME, Italy - Will he? Won't he? For a while, Roger Federer's presence in Rome was the greatest cliffhanger of all, looming over the Foro Italico as the wait for news appeared endless. But at last the mystery was solved and, in the wake of his second pair of twins, the legend would indeed play on.

After confirming his presence in Italy on his Twitter account, the first Federer sighting came as he made his way to the courts a day later. While his practice court was hidden from the public's direct line of sight, obstructed by the court that hosted a first-round women’s match between Christina McHale and Sorana Cirstea. But still they came, craning over the Romanian's and American's court as, amongst frantic Italian, whispers of  “bebè”, “gemilli” (twins) and “Mirka” engulfed  the crowd like wildfire, spreading with haste as the euphoria whipped into a frenzy. 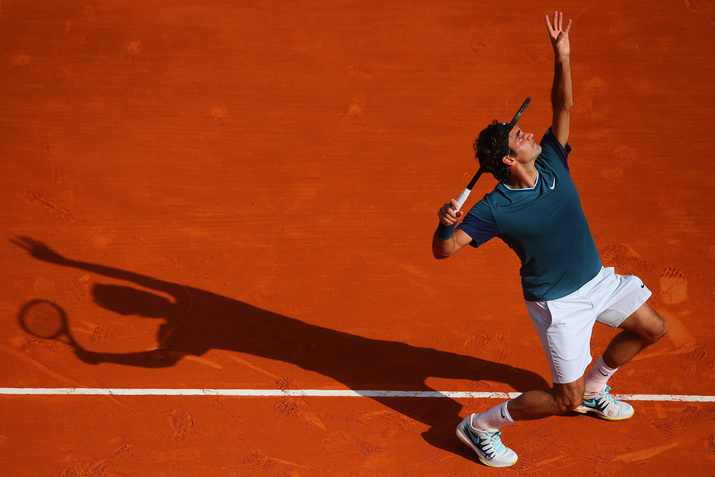 The excitement continued away from the public, too. The very first question of Federer's pre-tournament press conference attempted to address the actual issue of his tennis, the query probing for an answer on the fourth seed's sensations as he returned to competition after an emotional and attention-sapping experience. Federer practically tripped over himself in the briskness of his response.

“Um, that's the least important thing - to get back on the court.” A dismissive hand gesture accompanied his words, and it appeared to articulate all that was swirling around the minds of both him and the accompanying press. “Let's talk about my kids!” the gesture screamed. And so he did.

Throughout the nine minutes of baby talk, a palpable happiness radiated from Federer as, seemingly after each syllable, he re-asserted how unmitigated his happiness is at that moment.

There also were moments of genuine seriousness from the Swiss No. 2 as he reflected on the toil that lies ahead. “I'm aware it's going to be a lot of work, but at the same time I know what I'm getting into,” he stated. “So it's something I'm very much looking forward to.”

There was humor as Federer chuckled heartily about the difficulties of choosing names for boys, rather than the relative ease at which he and Mirka ticked off Charlene and Myla with relative ease. “Boys’ names are hard. It was all last-minute. Girls, I feel like there's so many nice names and they're all cute, but with boys it's totally a different story.”

There was realism as he reasserted the obvious:  that an early loss in the coming days at the Foro Italico would have little effect on the morale and general interests of the Federer faithful. And there was also the widespread agreement from those who listened that this current relaxed and unaffected Roger Federer could be the most dangerous Roger Federer of all.

But, most of all, there was a man who radiated pure, unfiltered contentment with the world surrounding him and his place inside it.