Perhaps the last remaining stalwart of the European indoor swing, the Kremlin Cup is also the tournament that has suffered the most since the WTA's adoption of the Roadmap schedule in 2009. Now precariously situated the week before the season-ending WTA Championships, it struggles to attract top names playing without an incentive to qualify for the forthcoming showdown in Istanbul. For only the second time in the tournament's 20-year history, the 2013 edition of the event does not feature a top-10 player.

The forgotten Premier event was not always treated as such. With a who's who of past champions including Conchita Martinez, Martina Hingis and Mary Pierce, the tournament did not struggle to attract top-10 talent at its peak. In fact, the 2006 event was one of the most decorated in history, as it featured seven of the world's top 10: Amelie Mauresmo, Maria Sharapova, Svetlana Kuznetsova, Elena Dementieva, Nadia Petrova, Patty Schnyder and Dinara Safina. 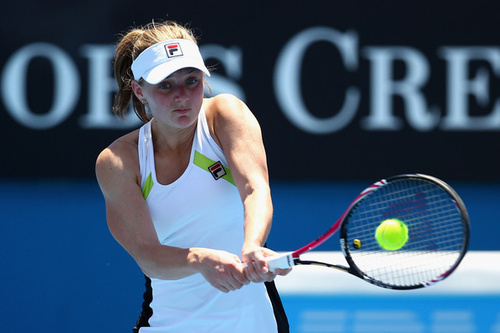 Anna Chakvetadze, who first made a name for herself when she qualified for the 2004 US Open and stunned Roland Garros champion Anastasia Myskina in the second round there, was little more than one of 15 Russians in the draw in the 2006 edition of the Kremlin Cup. The then-19-year-old had just won her first career title two weeks earlier in Guangzhou and reached the second week of a major for the first time at the US Open.

With seven of the world's elite gracing the field, Chakvetadze, with a world ranking of 23, found herself unseeded. (For comparison's sake, Svetlana Kuznetsova is the current World No. 23. She is seeded eighth at this year's tournament.) That did not stop Chakvetadze from blazing through the field and dismantling Safina and Francesca Schiavone without dropping a set. She benefited from Sharapova's withdrawal in the quarterfinals before toughing out a three-set win against Dementieva in the semifinals. In her first Tier I final, Chakvetadze bested Petrova in straight sets to become one of the most unlikely champions in the Kremlin Cup’s history.

The title in Moscow boosted Chakvetadze's world ranking to No. 16, and set her up for a career-best season in 2007. She won four titles in Hobart, 's-Hertogenbosch, Cincinnati and Stanford. The petite Russian also reached her first major quarterfinal at the Australian Open, matched that result at Roland Garros, and broke through to the US Open semifinals.  There, she edged within one set of a major final before falling to Kuznetsova.

Chakvetadze entered the top 10 for the first time in February 2007, and rose to a career-high of world No. 5 on account of her US Open exploits. She capped her year with a semifinal showing at the WTA year-end championships after going 2-1 to advance from the round-robin stage.

Chakvetadze's star was on the rise during a period of Russian dominance on the WTA Tour. She ended the 2007 season as the world No. 6 and the third-ranked player from a country that at one point boasted six of the top 10 in the world. Despite her high ranking, Chakvetadze never stood out on the radar. On court, the Russian did not possess a dominating weapon. What she did possess, however, was an instinctive sense for the game, the ability to open up the court and produce sharp angles. While her tennis was not overpowering, it was refreshing, clean and aesthetically pleasing.

As quickly as she rose, however, she came crashing down. 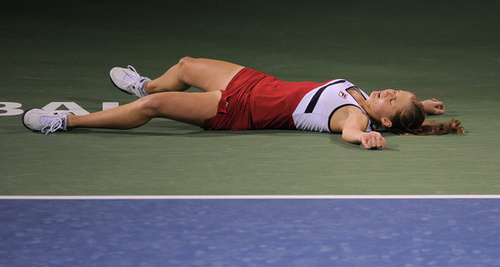 In December 2007, a group of armed robbers broke into her family's home, tied Chakvetadze up and beat her father, and stole sizable amounts of cash and other valuables. Although her physical trauma healed, she was never the same. Suffering from persistent injuries and long periods of time away from the game, her ranking plummeted. She reached just three more finals on the WTA from 2008 onward and survived the second round at a major only twice. Ultimately, nearly a year removed from her last professional tennis match, Chakvetadze announced her retirement from the sport in early September due to a lingering back injury.

A product of a nation that has produced many great players, Chakvetadze showcased her best tennis over a relatively short period of time. She burst out like a supernova in Moscow in 2006 but, largely due to matters outside her control, she never got a chance to back up her grand entrance. One of the most unassuming players of the past decade, she left the game as quickly as she took it by storm.