On a private court in West Palm Beach, Florida, women’s professional tennis is back with the UTR Pro Match Series. It’s a round-robin with three Americans and one Australian, all ranked in the top sixty in the world. Reilly Opelka was the champion of the men’s event, which was held a few weeks ago.

They are playing a Fast 4 Format: no ad scoring; tiebreaker at three-all; first to four games wins the set; and best of three sets.

There are no ball kids and few spectators (just the player’s coach or parent or partner) and a line judge.

The feeling, as I watch the first match on Tennis Channel, is a flashback to junior days. Though there’s a drone overhead that takes incredible camera angles of the court and the lavish compound with its longleaf pines, palms, and a pasture with a grazing cow. 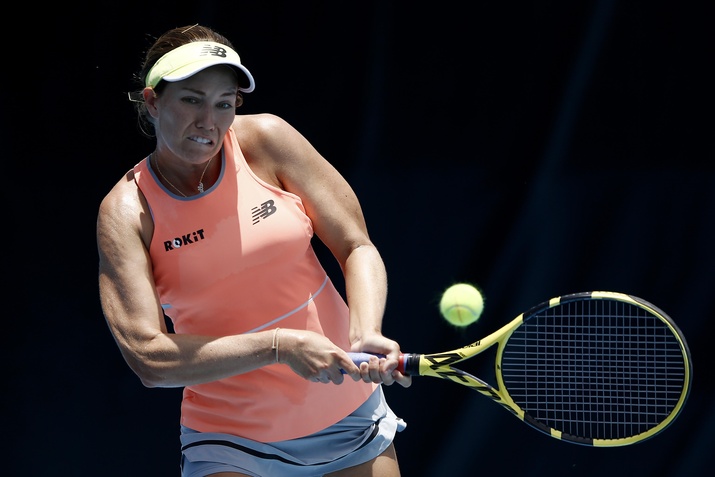 The buzzing of the drone is constant and at first annoying. But you get used to it, though at one point, I cheer up, thinking that birdsong is drowning out the buzz, but then realize the birds I hear are outside my own window.

Feisty Danielle Collins dominates teenage sensation Amanda Anisimova 4-1, 4-2. The 18-year-old looks lackluster, though it may be nerves, and there’s no acknowledgment at the end that the match is over, not eye contact or even a nod.

In the second match, Aussie Ajla Tomljanović earns a win over world No. 19 Alison Riske 4-3 (4), 4-1. Both players look fit and like they’ve been practicing at a high level. And they have.

Tomljanović has been hitting with her boyfriend, Italian star, and world No. 8 Matteo Berrettini, as the two have been quarantined together in Boca Raton.

The two women tap racquets at the end of the match, and both give a smile.

In the third match, Alison Riske saves two match points to beat Amanda Anisimova 0-4, 4-0, 4-3 (6). Anisimova plays much better, finding her easy power and signature backhand down the line. Riske, though, comes back strong with her flat, hard-hitting aggressive game.

In the on-court interview, where the player is asked to put the score into the UTR app with their phone (reminiscent of juniors reporting their scores to the tournament desk), Riske says: “I am putting in the score, and you know what, I’m so excited about it because it means I won a match here this weekend, so I’m pumped.” 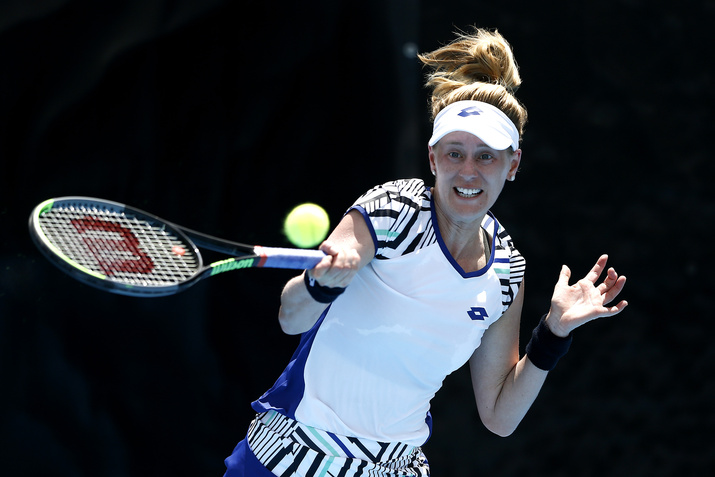 Riske is reminded that she’s won two matches, that she had the big comeback yesterday (against Anisimova) and once again winning today.

Riske says: “To be honest, yesterday I was pretty nervous. I played some scrappy tennis. And Ajla obviously played really well. Amanda gave me a run for my money. So I was just looking to come out today and try to play my brand of tennis. And try to be aggressive, first ball tennis, and not double fault as much. And I think I handled it a little better today.”

In the second match, Amanda Anisimova comes back to beat Ajla Tomljanović 2-4, 4-1, 4-2 for her first win of the tournament.

In her on-court interview, Anisimova says: “The first set was really tough, and then I kinda got my rhythm and I was making more of my shots. I thought my game was just coming back smoothly, so I’m happy with how I finished.

“Yeah, it kinda feels like juniors, honestly. That’s like the best comparison. But I miss playing in front of fans. But I’m just happy that there’ve been a lot of messages about people saying they’ve been watching on TV. So once I get my phone, it’s really nice to see that.”

After two sets that went to tiebreaks, the third match with Tomljanović and Collins came to a surprising finish, in that there was no finish but a rain delay. The commentator, Steve Weissman, on Tennis Channel made the best of this, saying excitedly, “Tennis is coming back to normal. It’s a rain delay. Maybe even a suspension.”

It’s supposed to be the first day of the French Open, the first Grand Slam not played as scheduled since the Second World War. And it was to be the first year that the red clay Centre Court at Roland-Garros would have a retractable roof. Unfortunately, there is no roof on this blue hard court at the private residence in West Palm Beach.

The Tomljanović/Collins match is supposed to conclude with the winner playing Riske for the championship, and then the loser of that match would play Anisimova for third place.

The day, however, turns out to be a washout, and the event has to be canceled. It’s disappointing, but at the same time, it still feels like a success to have live tennis at all during a pandemic.

Stephen Amritraj, the director of the tournament, says: “Even though this was part of a larger event, what really mattered was that one-on-one match play. And having each of these players get back into form.”

Amritraj says: “Going forward we’re trying to help people locally at every level. Even though these are events for some of the best players in the world, UTR’s core base is 1.7 million people in our community and really anyone who picks up a racquet.”