Quick on her Feet: Garbine Muguruza Rebounds from Surgery

With the 86th Annual Academy Awards scheduled to air this Sunday, cinema buffs and casual fans alike will recognize the breakout performances in Hollywood over the past year. The final award of the night, the Academy Award for Best Picture, has long been considered the pinnacle of cinematic achievement. It rewards the complete performance, including the film's acting, directing, producing, writing, editing and composing. While just a small number of films earn a nomination for Best Picture, many that are seen as a critical success (and even more that are not) are rewarded with a sequel. Sequels often have trouble living up to their lauded counterparts. Only a handful have ever been nominated for Best Picture, and just two have won.

Much like sequels on the silver screen, a tennis player's “second career” following a long injury layoff often struggles to reach the heights of his or her first. Many players find it tough to capture the form they once had, and struggle to rebuild their rankings and all-important confidence. Unlike many before her, Garbiñe Muguruza's second act following season-ending ankle surgery in 2013 has been even better than her first. 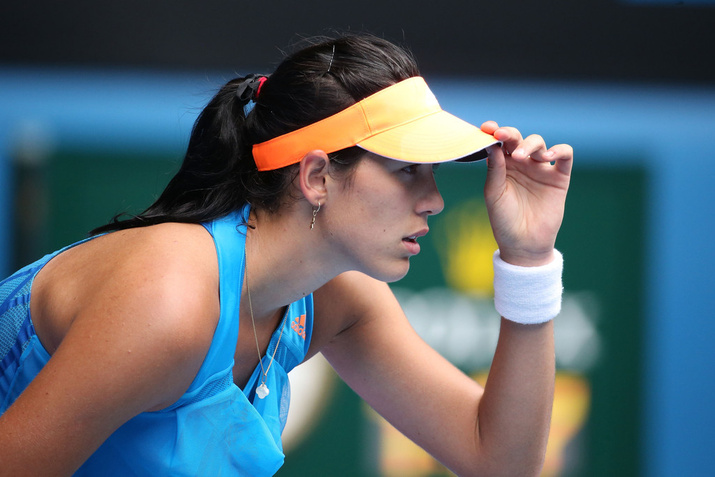 Muguruza first made a name for herself in 2012 when she was awarded a wildcard to that year's edition of the Sony Ericsson Open in Miami. Ranked No. 208, and playing in her first WTA event, Muguruza reeled off consecutive wins against Ayumi Morita, Vera Zvonareva and Flavia Pennetta to reach the fourth round before falling to the eventual champion, Agnieszka Radwanska. While she recorded a mixed bag of results for the remainder of her maiden WTA season, it was in 2013 that the young Spaniard began to blossom.

Ranked just inside the top 100 when she came to Florianopolis a season ago, Muguruza matched Venus Williams point-for-point in a thrilling night match to christen the tournament's first edition. Although Muguruza was eventually defeated by a 6-4 2-6 7-5 score, many began to take notice of just what the Spaniard brings to the table. The polar opposite of many of her countrywomen, Muguruza possesses naturally aggressive tendencies, and looks much more at home on a high-bouncing hard court than she does on slow red clay.

In her next tournament at Indian Wells, Muguruza qualified with the loss of just one set before matching her career-best result in a WTA Premier event. There, she dispatched Ekaterina Makarova and Magdalena Rybarikova, two players who were again ranked well above her, before falling to Angelique Kerber. Against all odds, she returned to the second week in Miami with upsets of Anastasia Pavlyuchenkova and Caroline Wozniacki before giving Li Na all she could handle in a close two-set loss.

The news soon broke that Muguruza required ankle surgery, and although she reached her first career WTA semifinal in 's-Hertogenbosch, she shut down her season following Wimbledon. Muguruza underwent a successful operation in July, and found herself on the shelf for the remainder of 2013. 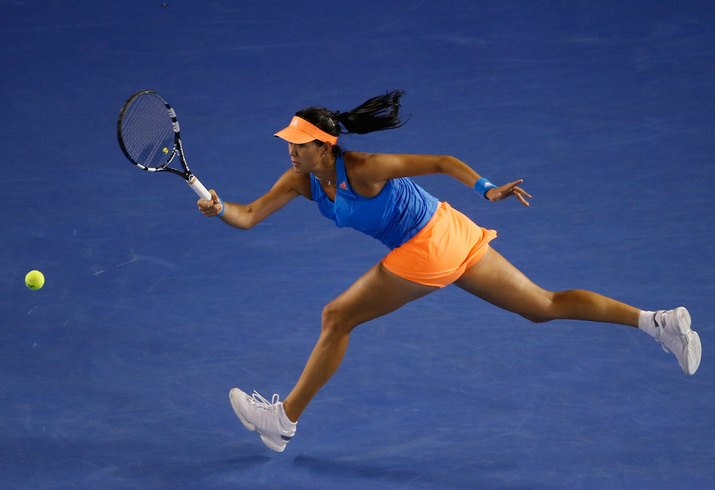 She returned to the WTA in January at the ASB Classic in Auckland, where she won two matches before against being upended by Venus Williams in a quarterfinal match. Having shaken off the rust, Muguruza arrived at the Hobart International and looked like she hadn't missed a beat. During a stretch where most players are just trying to find their legs following the offseason, Muguruza dropped a mere seven games in qualifying and blitzed through the field without the loss of a set. She upended No. 2 seed Kirsten Flipkens in the quarterfinals, and she defeated Klara Zakopalova 6-4 6-0 to win her first WTA title. Muguruza's stellar form continued at the Australian Open, where she upset Kaia Kanepi in the first round and later defeated Wozniacki to reach the second week at a Grand Slam for the first time.

Twelve months and a surgically repaired ankle later, Muguruza has returned to where it all began for her this week in Florianopolis. After surviving a two-and-a-half hour marathon against Vania King in her first match, she easily defeated Chanelle Scheepers to move into the quarterfinals. The win against Scheepers was already Muguruza's 15th match win of the season.

Forced to deal with a potentially career-threatening injury before the age of 20, Muguruza came through her biggest career test with flying colors. While she received some critical acclaim for her breakout performance, so far, her sequel has been a box office hit.