Q&A with Judy Murray at the Hamburg European Open

On Friday afternoon, Judy Murray arrived in the Hamburg European Open, where she was invited to conduct a coaching clinic with around 27 of the city’s children hoping to one day stand where Murray’s two children have stood.

Afterward, Murray sat down with a group of journalists to discuss her passion for coaching, Alexander Zverev and her own family’s route to the top.

Q. Parents sometimes are a problem. Could you tell us something about what the best way is to teach them?

Judy Murray: When my kids were very small, I wanted them to enjoy sports the same way that I’d enjoyed sports. I’m a big believer in families that get involved in sports, it becomes a way of life if they start early and the parents play with them. If you think about tennis, it’s a sport where you need somebody to play with, so the most obvious port of call for the young child starting out is going to be one of the parents, which is a reason why I run a lot of parent and child, and grandparent and child, workshops so the parents can help the children develop their skills at home, inexpensively or free and they have an immediate practice partner.

So, I think it’s a real advantage if the parents actually play a sport and get them involved in it. When my kids were small, I wasn’t a tennis coach, but I loved tennis, so I played a lot of ball sports with them. I think they tried every single sport except skiing. I think it was the only thing that we didn’t try because we didn’t have mountains in Dunblane. But, yeah, I think it is really important that the parents encourage, get involved and learn as much as they can. 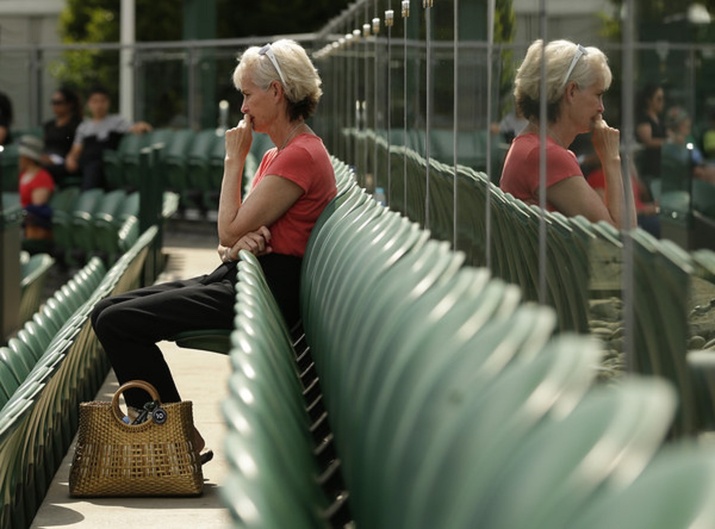 Q. What could be done better?

Judy Murray: Coaches in clubs and also federations could run workshops with parents, helping kids from a young age to build the skills. Understanding the tournament journey. You know, if your child is seven, what sort of tournaments should they be playing? What should they be entering? What’s it likely to be costing them. It could be like one of the parents today after the clinic I did asked for advice on nutrition and I said, ‘it’s very much about being sensible’. It’s not a one size fits all thing. But the fact that parents are asking means that they don’t know. So, I said, for example if a child is coming with me for a clinic, make sure that they have plenty of water, a cap and they have a snack in their bag.

The important thing is that the child understands [what they are doing]. In the UK we call them ‘helicopter parents’ when the parents are there straight away and are trying to stop the child from making a mistake or getting something wrong. We’re not doing them any help down the line. So, I think that workshops that bring parents in at every step of the journey so that we understand what is expected of them timewise, finance wise and commitment wise. It’s the impact that can have at you as a family. If we prepared parents for it better, we’d probably keep more in and keep them engaged for longer.

Q. You did things differently. What are your thoughts about coaching your own child to a professional level?

Judy Murray: I think it’s probably quite difficult, but some people find a way to make it work. You do find a lot of parents involved in tennis. Parents have to make everything happen, whereas if your child went into a team sport, the club takes care of everything for you. There’s always the intention for the parents to get much more involved in an individual sport. I think the other thing is that in tennis, developing a young player is an extremely expensive business and many parents can’t afford to pay somebody else to do that. So, a lot of them learn or assume the role of coach themselves. Some of them make it work well and some of them not so much. Often, it starts off because financially you can’t do it any other way, or you need to be able to trust in letting your child go with somebody else. Even if you could afford it, do you want your child to travel to the other side of the world with an adult that you don’t necessarily know?

Q. You’re sitting right in front of a big poster of Alexander Zverev. His coaching situation was a big topic during the last week between Ivan Lendl and his father.

Judy Murray: In Sascha’s case, I first met him when he was three years old and Mischa is the same age as Andy. Mischa and Andy were playing in a little Tennis Europe U14 event in Maia, Portugal. The Mom and Dad are really great coaches so they’re in very, very good hands in my opinion. There’s also a lot to be said for family support on the road. It can be a very lonely existence for players traveling… Anyway, what I remember about Sascha at that tournament is that he wouldn’t bloody well sleep! He was jumping on the bed and banging on the walls, and eventually I had to go and knock on the door: ‘shut that kid up!’ That was my first experience of Sascha. I have shared that experience of him a couple of times. I remember him being around when Mischa was the older one travelling. He’s very fortunate. It was mostly the mum who was around in those days and I’m guessing the dad was at home working because somebody has to pay for everything. 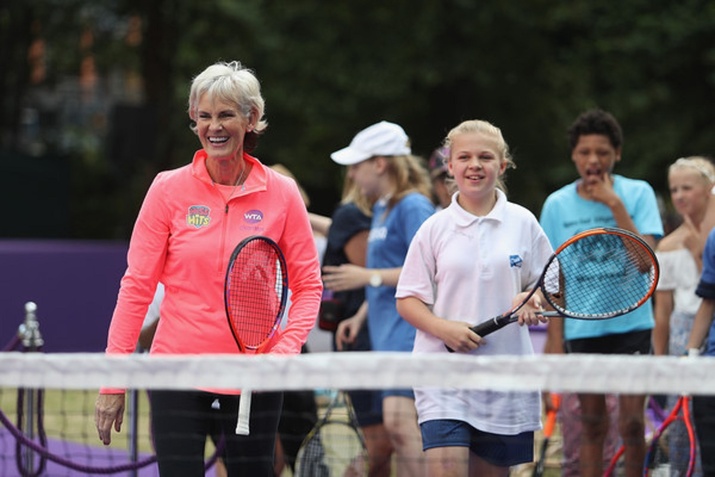 Judy Murray: I think I was in a different situation. For a start, if your kids are boys it’s not cool being coached by your mum. I recognized that when Jamie and Andy were 12 and 13, it’s more important to be the mum than it is to be the coach. So, I brought in a guy, who was 20, not to coach them but to do the hitting. I managed the whole program - I was at the tennis centre but I wasn’t in their face all the time. This guy was 20 when he started with me and he just dropped out of college. He had the diamonds in each ear and the Beckham-esque curtain haircut dyed blonde. He was a decent regional player and all the kids in our squad thought he was the dog’s bollocks in a way that I would never be the dog’s bollocks. But he is now the Davis Cup captain and head of men’s tennis at the LTA. So, we didn’t really know what we were doing. We went a lot with common sense and a lot with trying to learn from people from other countries by travelling. I think everybody finds their own way. Everybody is an individual.

Q. You must have been here 10 years ago when Andy played?

Judy Murray: There are some things about the venue that I recognize, but most of it looks very different. I came in 2006 and 2007 when the tournament was in May. At the time, Andy was still quite young, so I had to manage everything. In 2007, he split the tendon against Volandri. It’s the only time, I think, that he has ever retired from a match. He had to get a MRI, hospital and all the rest of it. It was his birthday and he was [upset] because he wasn’t going to be able to play for months. And then we bumped into Vladimir Klitchko. Andy loves boxing, so Klitschko sat at the table and talked to Andy about injuries and I went, ‘ah, fantastic!’ It couldn’t have been better. You’re young, you don’t understand injuries and you feel like your life is over and you bump into one of your heroes who talked through all his injuries. The thing I do remember about Andy playing James Blake is when the roof went on and watching that umbrella thing [the plastic, retractable roof] go out. That is just a thing of wonder.