As the dust settles on the Premier Mandatory event in Madrid, the second Premier Five field of 2014 assembles at the Foro Italico. Like the companion ATP event, the Rome tournament offers the last significant chance to build confidence and clay rhythm before traveling to Paris later this month. 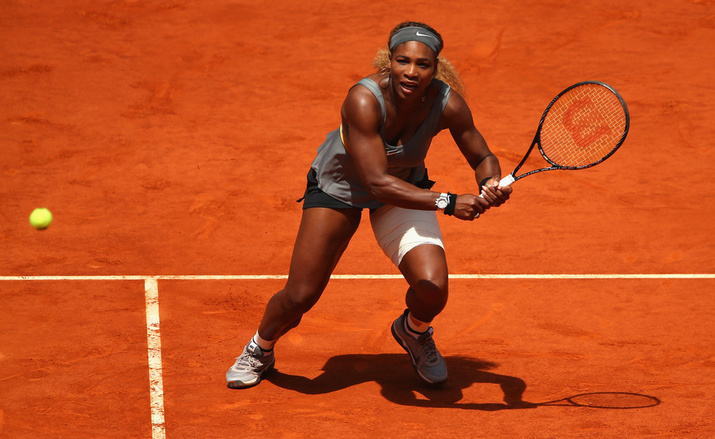 First quarter: Her attempt to defend a marquee title in Madrid didn’t end as she would have hoped, but Serena Williams exuded optimism that she could recover from a thigh strain for another title defense in Rome. The world No. 1 has fallen well short of the dominance that she produced last season, reaching the final at just two of six tournaments. Rome’s slow courts may expose Serena’s rust, or they may be just what she needs to find her baseline rhythm ahead of Roland Garros by forcing her to play longer rallies. Her 2013 feud with second-ranked American woman Sloane Stephens seems to have receded, but Serena will take their potential third-round clash seriously after losing their meeting at the Australian Open last year.

The anticipated quarterfinal pitting Petra Kvitova against the world No. 1 never unfolded in Madrid. It could happen a week later, since the two Wimbledon champions occupy the same section again. Kvitova will seek to avenge a routine loss to Dominika Cibulkova at Indian Wells, another slow court that rewarded baseline consistency over first strikes. Having played only one clay match this year, Cibulkova must rebound from an early exit in Madrid. Home hope Camila Giorgi, who received a main-draw wildcard, intrigues but probably lacks the tenacity to mount a deep run on clay.

Second quarter:  Bookending this section are the women who squared off in the Madrid final. Simona Halep launched her meteoric rise from obscurity exactly one year ago in Rome, where she arrived as a qualifier. This time, Halep holds a top-four seed as she eyes a cluster of heavy-hitting Americans. The ball-striking power of Madison Keys and Alison Riske probably will not overcome the superior surface expertise of the Romanian world No. 5. Never to be completely discounted, Venus Williams defeated Halep last fall in Tokyo, but that match came on a much faster hard court. Look for dirt devil Carla Suarez Navarro to pose a more credible threat, having won all three of their clay meetings. 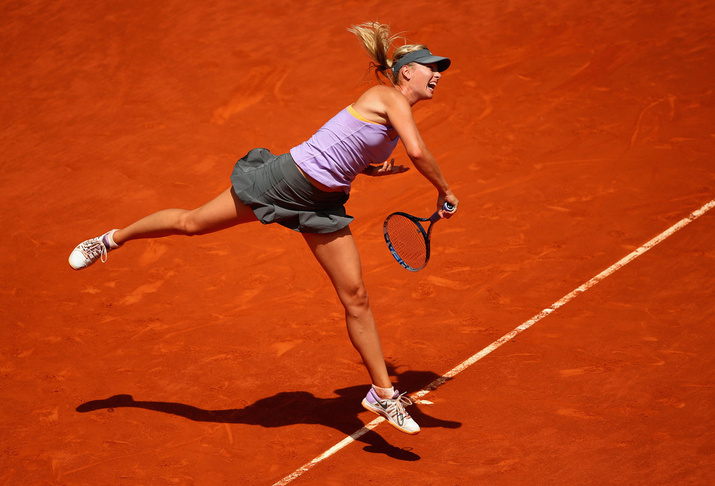 A two-time champion in Rome, Maria Sharapova has not lost a match there since 2005, when she was still very much a “cow on ice.” Sharapova has reeled off 15 straight victories in the Eternal City, and she has not lost before the final of a tournament on red clay over the last three seasons. She also has won her last seven matches against fellow Roland Garros champion and likely third-round opponent Ana Ivanovic, the last four of which have come on clay. Unseeded threat Alize Cornet has started the year impressively, including a hard-court title and a victory over Serena Williams. Still, Cornet fell routinely to a flawed version of Sharapova at the Australian Open.

Third quarter: She survived more than thrived in Madrid, but reaching a Premier Mandatory semifinal there marked an encouraging result for Agnieszka Radwanska. The world No. 3 will feel relieved to occupy a different half from Sharapova after crashing head-on into the Russian at each of her last two clay tournaments. An intriguing test could await against Eugenie Bouchard, although the Australian Open semifinalist has not yet found her footing on clay (sometimes literally) in limited action there. Dark horse Garbine Muguruza will look to intercept Bouchard in an early battle of budding stars.

A handful of women fonder of this surface populate the upper section of this bracket. Having fallen two games short of the Portugal title and held three match points against Radwanska in Madrid, Svetlana Kuznetsova has served notice that her dangerous clay form may have started to return. The 2009 Roland Garros champion could reignite a vintage rivalry with Jelena Jankovic, who once counted this surface as her best. Jankovic produced strong results at early clay tournaments this spring before receding at key events in Stuttgart and Madrid. But Italian fans will focus their gaze on Flavia Pennetta, a surprise champion at Indian Wells who has achieved little since then. 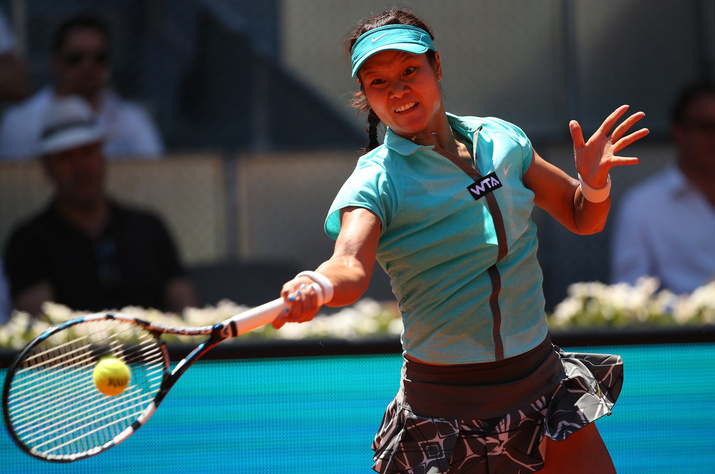 Fourth quarter:  Although she hasn’t found her best tennis consistently since the Australian Open, Li Na has found ways to advance deep into the draws. She has reached the quarterfinals or better at all three Premier Mandatory tournaments this spring, including a final in Miami. Li fell just a point short of claiming the Rome title in 2012, a year after she triumphed at Roland Garros. Her most notable early opposition might come from Samantha Stosur, who will engage in a first-round shootout with occasional doubles partner Sabine Lisicki.

A relatively soft quarter might pit Lie against two-time Roland Garros semifinalist Sara Errani, hovering near the edge of the top 10 despite slumping for most of the last 12 months. Another early matchup of doubles partners could cause Italian hearts to flutter when Errani squares off against Roberta Vinci. After two solid victories in Madrid, Vinci may have the confidence to continue her recent successes in this matchup. Clay-averse women such as Angelique Kerber and Ekaterina Makarova cluster around the Italian, perhaps opening the door of opportunity.