Jenson Brooksby entered the Citi Open in Washington ranked 130th in the world. After a tremendous quarterfinal run there, the 20-year-old has cracked the top 100 in the ATP Live Rankings picking up 32 spots. He picked up his share of new fans along the way, as well.

Brooksby has spent most of his 2021 season competing and finding success in Challengers. He won titles at Potchefstroom, South Africa, Orlando, Tallahassee and reached the finals of Cleveland. He was able to compete in the French Open main draw coming through the qualifiers.  In July, he parlayed his momentum into the Newport draw where he reached the finals, falling to Kevin Anderson. With his recent results, he has witnessed his ranking rise from 310 at the beginning of the year, to a career-high now. 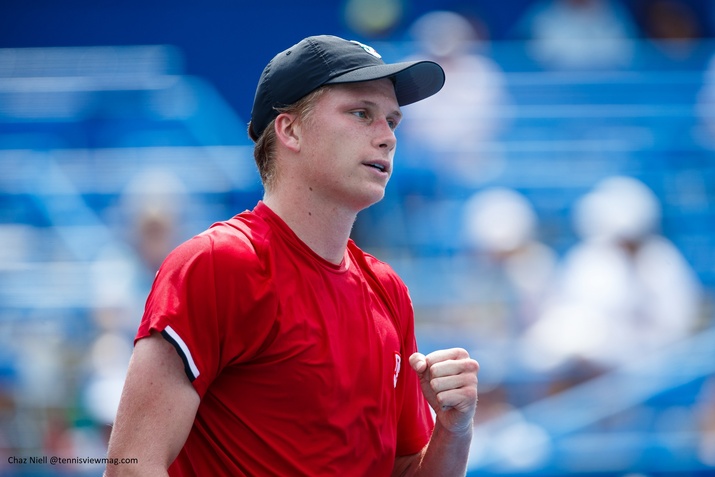 Brooksby’s stock has been on the rise along with his success and he is now showing up on the tennis radar as a player who could make an impact on the tour. His run in Washington will certainly propel that further.

The Citi Open is easily the Sacramento native’s best career result as he mowed down Anderson, Frances Tiafoe, Felix Auger Aliassime, and John Millman before being halted by Jannik Sinner in the semifinals. With the US Open just a few weeks away, he has continued to build momentum heading in that direction and the potential for his best grand slam result appears positive. His one major match win came in New York in 2019 against Tomas Berdych in the first round.

Brooksby garnered the attention of one multiple grand slam champion. Andy Murray was impressed with his play, tweeting “Jenson Brooksby is the sort of player I love to watch,” he said. “Lots of variety…high tennis IQ…great in defense.”

As the North American hard-court swing continues and all roads leading to the US Open, Brooksby will be an American many will have an eye on in the weeks to come.