After losing the first set, two rain delays helped in the comeback of 24-year-old Yoshihito Nishioka of Japan in the first men’s semifinal at the Delray Beach Open.

Nishioka looked like a completely different player in the second and third sets, with way more energy than his lackluster first set.

“After the rains came, I just focused again,” Nishioka said.

For his part, Humbert was calm and smooth in the first set. When Nishioka raised his level, dictating play in the second and third sets, Humbert tried to be more aggressive but ended up making more errors. 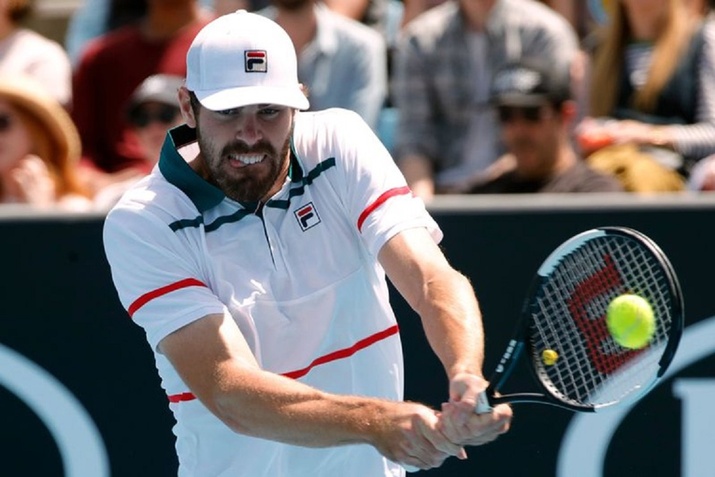 The win will guarantee Nishioka a top-fifty world ranking. He said of this news: “I was waiting for that. It was a very long time.”

The second semifinal should have been an evening match on Saturday, but because of more rain, it became a morning match on Sunday.

The story of the first set is that Opelka was broken in the first game by serving two double faults.

In the second set, there were no breaks of serve, so there was inexorably a tiebreak.

In the breaker, Opelka got up 5-love by timing two great returns and hitting three great serves, the last an ace down the T.

But Raonic staged a comeback to lead 6-5 with a match point on Opelka’s serve. Opelka confidently hit an ace for 6-all, then hit another big serve and another big forehand to take the second set.

Opelka will have to play again this afternoon, in the span of just a few hours, facing Nishioka in what should be a fascinating final.