It was the Italian’s second biggest win of his career. (He defeated No. 9 Schwartzman en route to 2021 Acapulco semifinals.)

Musetti, who started the year with two first-round losses in Australia, said: “I played in Australia with a little bit of stress, and I had two tough matches with two great opponents.

“From losses you take a lot of experience, especially as younger players, so for me it’s really helpful and I decided to play indoors on a hard court because it is maybe my worst surface. I didn’t think about being here, but I’m really enjoying it.” 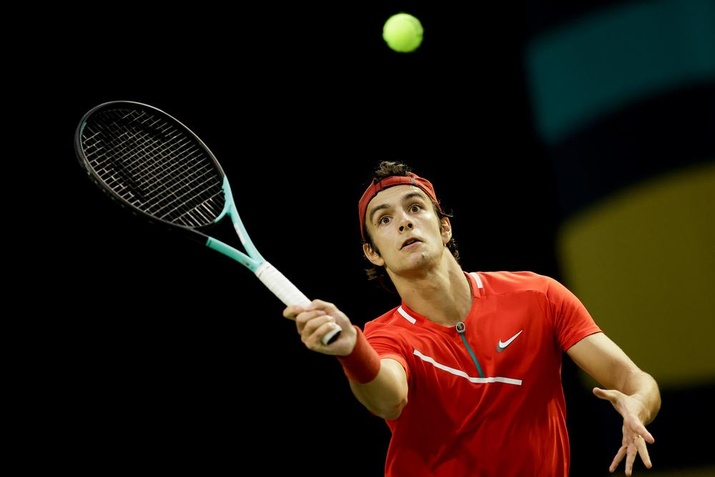 Musetti started strong, breaking Hurkacz in the first game, then holding on to his lead. He showed his creative flashy style: deceptive dropshots, his signature one-handed backhand, low and flat over the net and down the line with a touch of sidespin. Playing with great variety, the Italian kept the Pole guessing.

In the second set, Hurkacz found his rhythm on his massive serve, and Musetti lost concentration and was broken at 5-all. Hurkacz served for the set, winning at love.

In the third set, magical Musetti showed his power and feel with a crushing backhand pass and a soft backhand flick-of-the-wrist winner from up close. He was able to break for 5-3 and served out the match with ease.

A good win for Murray, as Bublik recently captured his first ATP Tour title in Montpellier, beating world No. 3 Zverev.

Murray said: “I played the right way tonight. My concentration was really good during the whole match, which it needs to be against someone that plays with that sort of game style. You need to concentrate every point because sometimes he looks like he’s not interested but he is still trying. With his serve, it’s always difficult. So, my attitude and concentration was really good today.”