Murray's Return To Western & Southern Open Is A Success

“You got the mask that matches the trousers and the shoes. Oh, that’s, you know, class.”

This is 33-year-old Andy Murray, the former world No. 1, wryly surveying his former coach Brad Gilbert, the ESPN broadcaster, who’s about to interview him.

The Scot, making his 2020 debut at the Western & Southern Open, staged as Cincy (though missing Graeter’s ice cream and Skyline Chili) in New York because of the pandemic, has just taken out 22-year-old American Frances Tiafoe 7-6 (6), 3-6, 6-1.

Gilbert asks Murray how it felt out there. 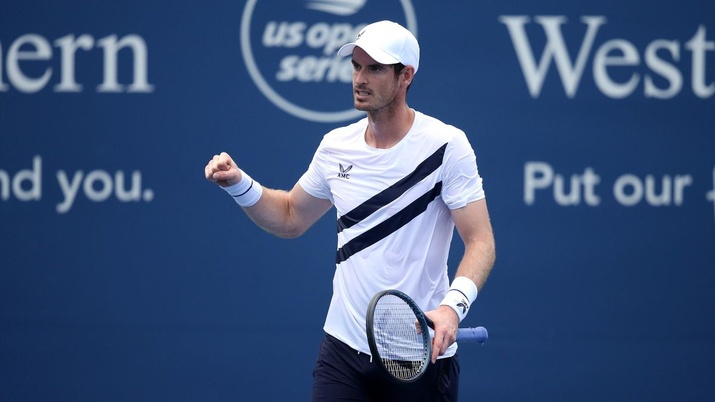 Murray, who clearly loves the sport, making his third comeback after two hip surgeries, says: “First set was very hot, the conditions very lively, and then like the second part of the match, when the sun went down, it was much nicer to play. Still very humid, but it was quite scrappy.

“The first set was not good tennis. The tiebreak was poor. But I thought after that, I played some better tennis. I started to return a bit better. And that helped.”

In the tiebreaker, Murray was down 5-2, but battled back to win.

Murray says: “I mean it was big because Frances was playing better than me in the first set, and also in the tiebreak, but then he missed a couple of shots at the end of the breaker.

“I played a little bit solid at the end, and, yeah, it was big, because when the conditions are like this, you know you lose a sort of an hour-ten-minute first set. It’s difficult when there’s no atmosphere, really, and no people around. So it was big.”

Because of COVID-19, there are no fans in the stadium, so there’s no American crowd to help energize Tiafoe, who’d had the illness and recovered, but still might be dealing with the lingering effects.

In the third set, each player held serve for 1-all, but then Murray lifted his game.

“I felt like I started going for my serve more, got a few aces in the middle of the set,” Murray says. “I was trying to be aggressive on the second-serve return throughout the match. I was just struggling with the timing because I felt like the ball was just bouncing a lot.

“He wasn’t serving huge seconds, but they were getting up a lot, and I wasn’t timing it well. So, in the third, it felt like I just took an extra step inside the court to try and get the ball kind of in my sweet spot, and hit a few better second-serve returns, which helped.”

Next up, in the second round, Murray will play world No. 7 Sascha Zverev, whom he’s beaten in their only meeting.

Murray says of Zverev: “He’s obviously one of the top players. Just now I haven’t played him for quite a few years. You know, I’ll give it a good shot. It’s a perfect test for me to see where my game is at right now.”