Monfils, Americans Cruise in Third Round of Citi Open

It was an eventful day at Washington, DC’s Citi Open tournament as fan favorites Gael Monfils and John Isner posted impressive wins against a young gun and a veteran, respectively.

Battling back from illness, Frenchman Gael Monfils dispatched of young Croatian Borna Coric in just under an hour, 6-2, 6-3. While there are many aspects to appreciate in Coric’s aggressive style, it was Monfils who was unstoppable tonight. Playing his acrobatic and smooth sliding style to the cheers of fans, Monfils patiently played his game while forcing errors off his opponent’s racquet. 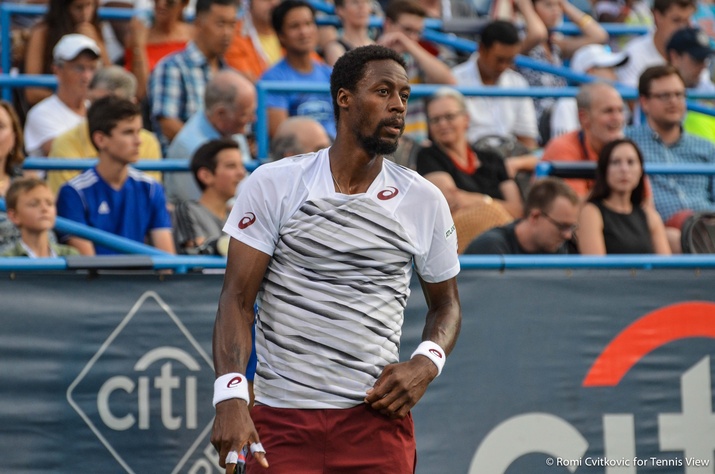 When asked what winning feels like for the first time in a couple of months, he was was quite optimistic. “I’m very pleased. It’s been a tough month and I’m glad to be back on th court and 100%. I was a bit surprised that I could play that good so soon. Hopefully, with a couple matches, I can be back. I had a virus [around the time] of the French Open, and for a couple of weeks, a couple of months, I couldn’t do anything but rest. Now I feel much better.”

Big-serving American John Isner, a former three-time finalist in Washington, took just 69 minutes to defeat Cypriot Marcos Baghdatis, 7-6(3), 6-2. Coming off of a tough loss in Davis Cup this past weekend to the Croatian team, Isner has been able to bounce back to his winning ways here. Inching his way through the draw, the 6’10” Tampa resident next faces Steve Johnson, who has been on a hot streak as of late.

Fresh from winning his first career title in Nottingham and a deep run at Wimbledon, 25th-ranked American Steve Johnson battled past countryman and qualifier Ryan Harrison in Washington, 6-4, 6-4. After attaining a career-high 43 in 2012 and being touted as the next generation of American Slam hopefuls, Harrison’s ranking has tumbled to outside of the top 150 in recent times. Posting his best results in over a year and ousting the tournament’s No. 10 seed yesterday, he gave Johnson all he had but it wasn’t enough. It took Johnson just two breaks of serve to seal the win in his favor and finish it off with an ace, 6-4, 6-4. 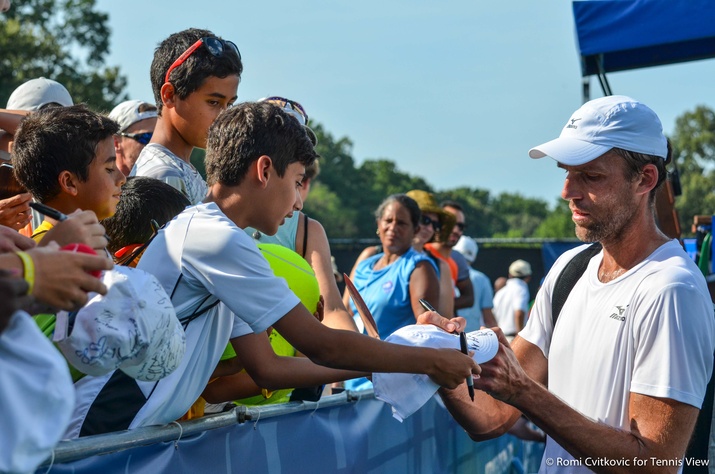 On Grandstand, last week’s ATP Newport winner Ivo Karlovic came out swinging against Australian Bernard Tomic. A former semifinalist in Washington, the Croatian squeezed out the first set in a tiebreak winning 95% of first serve points. In the second set, Karlovic’s 12 aces didn’t allow much room for Tomic to fight back, and Karlovic finished the match in commanding effort with back-to-back aces to win 7-6(4), 6-3.

And because players are supposed to have fun, we caught this fun interaction as Jack Sock crashed John Isner’s mixed zone presser. It certainly brought the laughs.