It was a day of rain delays on Thursday at the Miami Open. Play did not begin until the evening with the first women’s semifinal, when world No. 11 Ashleigh Barty of Australia defeated world No. 19 Anett Kontaveit of Estonia, 6-3, 6-3. There were too many errors by the Estonian, though at times she played flawless tennis. Barty was more consistent and played her fun-to-watch game that has so much variety—slice, looping balls, volleys and half-volleys with incredible touch.

Barty said afterward that she was not stressed by the rain delays. “Yeah, no, not very stressful for me. No, we had a room up at the top and we were just watching the golf, the match play that’s on at the moment, which was nice to kind of switch off a little bit.”

The other women’s semifinal between world No. 3 Simona Halep of Romania and world No. 7 Karolina Pliskova of the Czech Republic didn’t begin until late into the night and had its first rain delay with the score tied at 3-all and Pliskova serving at 15-40, giving Halep two break points. Pliskova ended up winning the match 7-5, 6-1. 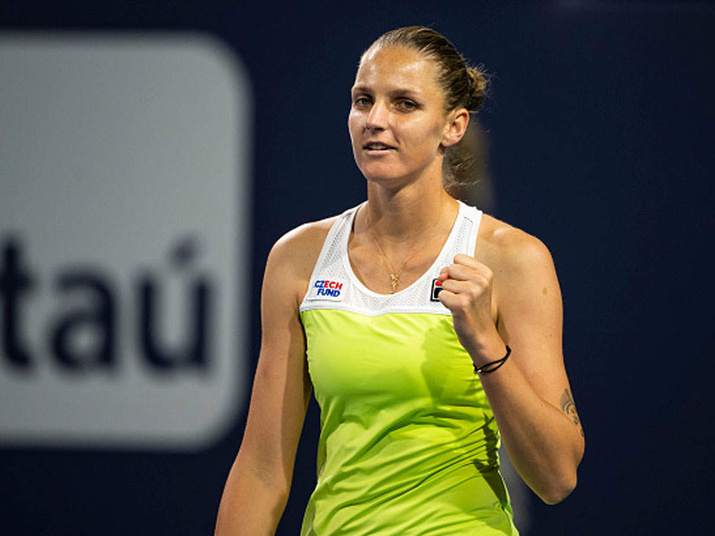 In her press conference, when asked about the many rain delays and one being when she was close to finishing, Pliskova said, “Yeah, of course I was kind of not sad but I wanted to finish, because I thought I got in some kind of zone for being 5-0, and she was not playing the best after, so I thought would be better to finish, because, you know, anything can happen. It’s still tennis.”

In the men’s quarterfinal, three-time Miami Open champion and world No. 5 (though former No. 1, 20-time Grand Slam champion, and seen by most as the greatest of all time) Roger Federer, age 37, of Switzerland, was in flow—his movement was fluid, his slices sublime—and advanced to the semifinals with a decisive 6-0, 6-4 win over world No. 6 Kevin Anderson of South Africa. Federer raced through the first set in 25 minutes. In the second set, Anderson raised his level, especially on his serve, and Federer was able to break at 4-all, and then he served it out at love. 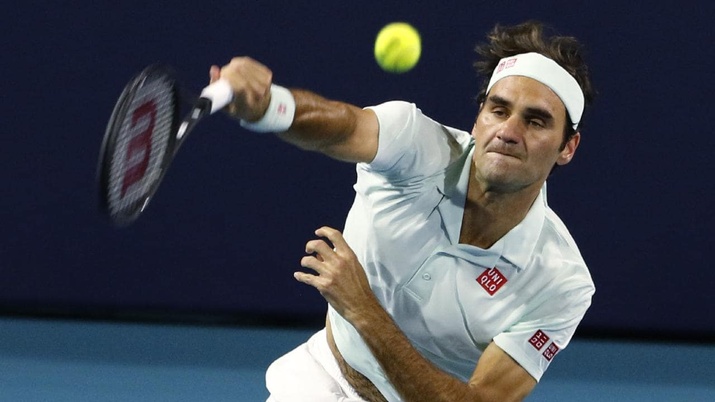 Federer said, “I practiced with Denis way back when, when he was—I remember Edberg was with me on the court and I was warming up. Maybe—I think he warmed me up for a match in Toronto, I believe, and he came out. He might have been 16, 17, and, you know, similar to today, he was just hitting big. I was, like, Wow, it’s unbelievable. How old is he? How good is he gonna get? I don’t know. But he was very impressive. Same with the serve. He has that beautiful swinger going. You know, it just felt like he belonged there.”

Federer and Shapovalov will play Friday night at 7. They have never played. Shapovalov said, “It’s definitely a matchup I have been looking forward to, I think, my whole life (smiling). It’s going to be a dream come true to play him in such a big event over here, and the stakes are so high, semifinal match of a Masters 1000 against your idol. It’s just a dream come true.”

Shapovalov, a showman whose hobby is writing and singing rap songs, will join his countryman, an even younger 18-year-old Felix Auger-Aliassime, who is calm and composed and plays piano as his hobby, classical, in the semis. Auger-Aliassime will face defending champion John Isner on Friday.