It’s one of the most impressive—yet overlooked—accomplishments in professional tennis in the past 10 years: the U. S. Fed Cup team making back-to-back finals in 2009 and 2010.

What lends weight to those championship appearances is the fact that they were done without the assistance of two of the greatest Americans to ever play, Venus and Serena Williams. Instead, the squads were comprised of players like Melanie Oudin, Vania King, Alexa Glatch, Bethanie Mattek-Sands and Liezel Huber. 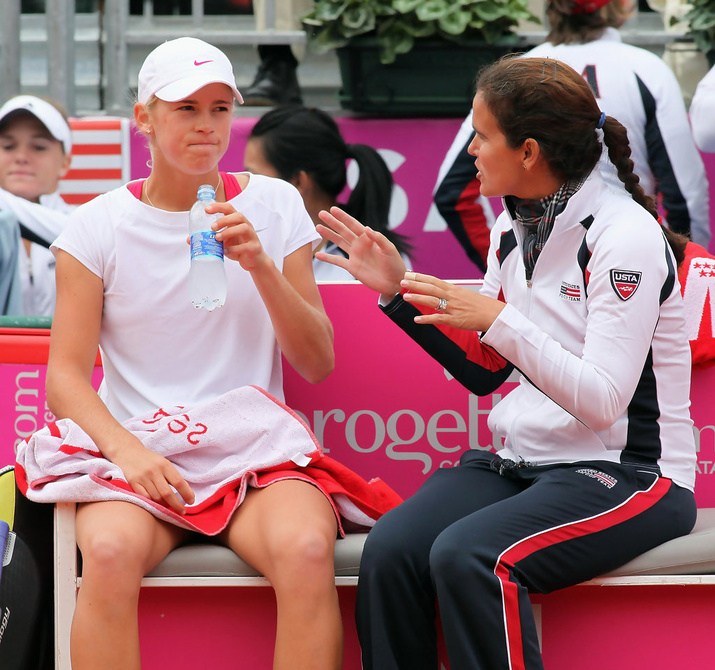 But perhaps the most important member of those teams was captain Mary Joe Fernandez, who remains at the helm. The former world No. 4 and three-time Grand Slam finalist has thrived in the role, embracing not only the challenge of opposing other nations within the context of the event, but also fielding a team when the favorite options aren’t available.

The teams that she selects are often built with an eye toward the future of U. S. women’s tennis. The squad facing familiar foe Italy this weekend is made up of Christina McHale, Madison Keys, Lauren Davis and Alison Riske, all of whom are under the age of 25 with top-70 singles rankings.

It’s a very winnable tie as Italy is going without its stalwarts Sara Errani, Roberta Vinci, Flavia Pennetta and Francesca Schiavone. And, should the U. S. win on their home turf, it would do wonders for player development.

One of the most accomplished junior players in the history of the game, Fernandez personified the benefits of early development. Younger players today get fewer chances to experience playing in big situations, and doing so in a team environment with national pride on the line helps get them accustomed to playing in front of bigger crowds—both partisan and bipartisan—where nerves play a big role.

Professional sports organizations from the front office down to the players are often hesitant to be a part of rebuilding efforts. It’s a situation where Fernandez finds herself every year as Fed Cup captain. Still, she works with what’s in front of her, imparting her experience to the players and leading them to remarkable heights.

And one day, perhaps sooner than later, it will result in a Fed Cup title—a testament to Fernandez and the next generation of American women whom she has nurtured.